Acclaimed author Susan Gabriel grew up in the archetypal American South, playing in the shade of mimosa trees and catching lightning bugs as the heat waned on long summer evenings.

In Charleston, SC, Gabriel was a professional flutist playing at the famous Piccolo Spoleto festival, as well as many private gigs in historic homes and sailboats. Gabriel completed a degree in counseling, in part to understand the wide array of characters in her Appalachian gene pool, and became a marriage and family therapist. She was the founder of the Women’s Center in Charleston, South Carolina, which still provides services to women over twenty years later.

Gabriel answered the long-time call to writing, closed her successful counseling practice, and moved with her daughters to Asheville, North Carolina. She simplified her life and took part-time jobs in order to focus the main portion of her day on writing. She worked at a copy shop, made gourmet dog biscuits, cashiered at a home-improvement mega store, and did freelance editing.

Gabriel’s first novel, Seeking Sara Summers, the transformative story of a mid-life woman, was published in 2008 and has sold over 5,000 copies. Her second novel, The Secret Sense of Wildflower, the story of a precocious adolescent grieving for her father in 1941 Tennessee, was published in 2012 and earned a starred review (for “books of remarkable merit”) from the esteemed reviewer, Kirkus Reviews, and was named one of their Best Books of 2012.

“A quietly powerful story, at times harrowing but ultimately a joy to read.”
– Kirkus Reviews 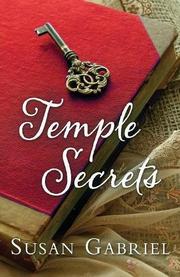 The secrets and lies of Savannah, Georgia’s upper crust come to light in Gabriel’s (Circle of the Ancestors, 2014, etc.) Southern Gothic novel.

For decades, Iris Temple has manipulated those around her by using her own wealth, position, illness, and idiosyncrasies. More importantly, she also has a ledger begun by her great-grandfather, containing secrets about Savannah’s rich and powerful, which is safely locked up at the bank. Queenie, Iris’ companion for 35 years, is also her half sister; it’s an uneasy relationship, given Queenie’s family’s long history with the Temples—first as slaves, and then as servants. Iris’ iron grip on those around her is threatened when a classified ad appears in the newspaper: “FOUND. One Book of Temple Secrets. First Secret to be revealed tomorrow.” As the secrets begin to come out (such as, “Several Savannah patriarchs have mix-raced [sic] children”), the town erupts in anger. Further disclosures unearth long-buried truths and stir up the Temple mansion’s many ghosts, leading to a final, cleansing confrontation. Gabriel unfolds her story deftly, with well-paced revelations about the complicated relationships between the mansion’s white and black inhabitants. Queenie’s 100-year-old mother, Old Sally, who still practices “Gullah magic,” is an intriguing counterpart to Iris: both are powerful matriarchs in their own way, though Old Sally possesses a contentment and benevolence that Iris doesn’t. Gabriel also evokes the Spanish moss–covered atmosphere of ghost-filled Savannah, and the Temple mansion in particular, with satisfying spookiness. Iris, however, is a heavy-handed caricature—a snobby, querulous, ever-flatulent joke that isn’t very funny. Also, although the novel strives to rebalance the inequities of history, it offers a different set of stereotypes, instead: Old Sally, for example, is a magical, sainted minority who has a special connection to the unseen, while white people are always uptight at funerals. Still, the final chapters hold a few surprises that add some dimension. The author’s thoughtfulness about masters and slaves, employers and servants, and family relations also contributes to a satisfying read. 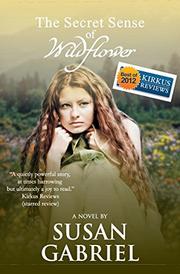 THE SECRET SENSE OF WILDFLOWER

In this novel, life turns toward a dark horizon for a precocious adolescent grieving for her father in 1941 Tennessee.

It’s difficult to harbor secrets in a rural mountain town of maybe 80 souls, especially when adult siblings live within spitting distance of the family home. Most of the townsmen work at the sawmill, and most of the young women have been harassed at one time or another by creepy Johnny Monroe. But Louisa May McAllister, nicknamed Wildflower, knows that revealing her frequent forays to the cemetery, where she talks to her beloved late father, would only rile her embittered mother. She also knows to hide her “secret sense,” as it would evoke scorn from all save eccentric Aunt Sadie, who shares her tomboy niece’s gift. Those secrets come at a cost when, on one of her graveyard visits, Louisa May ignores her premonition of danger. The consequences—somewhat expected yet still horrific—are buffered by the visions into which the 13-year-old escapes. Sharp-witted, strong, curious and distrustful of any authority figure not living up to her standards—including God—Louisa May immerses us in her world with astute observations and wonderfully turned phrases, with nary a cliché to be found. She could be an adolescent Scout Finch, had Scout’s father died unexpectedly and her life taken a bad turn. Though her story is full of pathos and loss, her sorrow is genuine and refreshingly free of self-pity. She accepts that she and her mother are “like vinegar and soda, always reacting,” that her best friend has grown distant, and that despite the preacher’s condemnation, a young suicide victim should be sent “to the head of heaven’s line.” Her connection to the land—a presence as vividly portrayed as any character—makes her compassionate but tough; she’s as willing to see trees as angels as she is to join her brothers-in-law in seeking revenge. By necessity, Louisa May grows up quickly, but by her secret sense, she also understands forgiveness.

A quietly powerful story, at times harrowing but ultimately a joy to read.

Sara Summers Stanton has raised three children and works as a high school teacher at the same school she attended growing up. Her 25 year marriage is showing cracks in the facade and now she's dealing with breast cancer. In a rare moment of taking care of herself instead of everyone else, Sara takes a sabbatical and goes on the trip to Italy she has always dreamed of taking. This search for a more authentic life leads to Julia, a friend she hasn't seen since they were inseparable as girls, nearly 30 years earlier. They reunite in Florence and their friendship continues where they left off, resulting in an unexpected attraction to one another that threatens to turn Sara's already shaky world upside down. What do you do if you fall in love with your best friend? Sara's inner conflict and subsequent choices reveal an unpredictable yet dynamic future for all the characters. Seeking Sara Summers is an emotional and lyrical novel, a timeless story about love, commitment and transformation.
Published: July 25, 2008
ISBN: 0615222072