Susan Kaberry began writing creatively when she retired and went on to complete an MA Creative Writing at Manchester University UK in 2015. When she is not writing she is gardening or walking her two mischievous mini dashchunds. Currently Susan is working on a second Cathar novel.

“This is a captivating story, as emotionally moving as it is intellectually engaging.”
– Kirkus Reviews 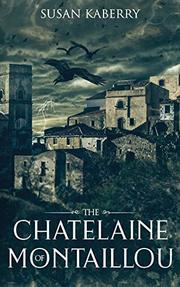 THE CHATELAINE OF MONTAILLOU

A debut novel set in 14th-century France follows the plight of a woman accused of heresy by the Roman Catholic Church.

Bishop Jacques Fournier, notorious for his relentless persecution of suspected heretics, summons Béatrice de Lagleize for questioning. He’s convinced that she’s in some way involved with Cathars, a sect of heretics who don’t believe in sacramental transubstantiation and think that the devil created Earth and the bodies of human beings. Béatrice’s father was, in fact, a Cathar, and while she grew up in a noble family with the advantages that entails, she also matured under a cloud of suspicion. Terrified of Fournier after her first interrogation, she decides it’s best to flee rather than continue the inquisition, but she is arrested with her husband, Barthélemy. She’s thrown in a dungeon, her hair is forcibly shaved, and she’s subjected to seven more unyielding examinations, thrillingly rendered by Kaberry. In the meantime, Béatrice reflects deeply on the life she’s led and the way the stain of heresy has indelibly affected her. When only 16 years old, she was promised in marriage to Bérenger de Rocquefort, a much older man, because of his nobility and reputation for being a good Catholic. After she bears him five children in seven years and he dies, she remarries two more times. Yet the deaths of two husbands and a daughter exact a profound emotional toll on her and challenge her already beleaguered faith. She does her best to defend herself against Fournier’s accusations, but she’s been embedded in the Cathar world her whole life, sometimes as a distant sympathizer and sometimes as an accomplice. Kaberry seamlessly braids the historical and the dramatic, producing a work that is both scholarly and gripping. She paints a vividly grotesque picture of a monstrously corrupt Catholic Church, hated by many for its “greed, the extortionate taxes it demands, its debauched clergy.” However attractive or not Cathar doctrine is, it’s easy to see why subversive competitors of the church would arise. The author intelligently provokes questions about the relationship between authority and corruption—the Cathars, too, are capable of using theological doctrine as an instrument of self-aggrandizing dominion. Further, Béatrice is a beautifully drawn character—thoughtfully complex and deliciously enigmatic. While she is accused of doctrinal sedition, her real transgression is aching uncertainty about the details of her religion—and whether she can muster any faith at all: “She cannot hide her doubts and lies from herself or God, she can only be true to herself in her own mind. If there is a God, this most blasphemous of all thoughts worries her, can He see into her heart? Does He even care about her?” The plot’s pace can slow to a too leisurely amble, and the prose in some spots flirts with melodrama. Nonetheless, this is a captivating story, as emotionally moving as it is intellectually engaging.

A meticulously researched and stirringly executed blend of historical fact and fiction.

THE CHATELAINE OF MONTAILLOU: Your Writeful Place 1st Chapter Competition, 2017