After reading the Icelandic Sagas in his childhood, and having a great interest in the world history, the author creates his own world, “Esthopia.” A continent of six kingdoms, and the adventures of the people in it.

“A well-rounded cliffhanger of an opening to a series likely to engage fans of medieval-themed fantasy.”
– Kirkus Reviews 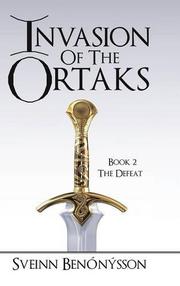 The fantastical land of Esthopia remains plagued by the power-hungry and malicious Ortaks in this second installment of Benónýsson’s (Invasion of the Ortaks: The Knight, 2014) series.

The story opens with the drowning death of Queen Jofrid of Serpenia in a savage storm. As the Esthopians fret over the spread of the brutal Ortaks, they also face another, more ghoulish threat: creatures from the underworld, first encountered by Queen Jofrid’s lieutenant and his men. The frightened armies, noblemen, and kings of Eniktronia, Montania, and Serpenia face off against the Ortaks and King Armus in a spectacular battle at Broad Valley. But their heroism is offset by their lack of experience, and the Ortaks’ strategic attacks lay waste to them. Meanwhile, King Ethan and Princess Hilda of Alfheim—the land of the elves—and their aides transport themselves to the land of men to inform them of their new supernatural enemies: bull-riding Demons, ferocious wolflike creatures, and the Necromancers who summon them. A ragtag band of soldiers who escaped death at Broad Valley, led by an archer named Axel, find protection together while Queen Maria of Montania and her daughters flee to Storm Castle. Another part-elven hero, Tania, saves Queen Egny of Otanga. The chaos of the setting is reflected in the novel’s tendency to switch jarringly from one plotline to the next and from grand panoramas of Esthopia to individual portraits of its inhabitants as they struggle to stay alive—such as Sir William at Crown Castle, whose valiant attempt to deflect the Ortaks’ siege ends in carnage. However, it also delivers acute descriptions of politics, as an eccentric array of characters from disparate, even hostile, backgrounds find themselves adrift together in a war-torn world. It also tantalizingly refuses to hint at the final outcome regarding the plight of Esthopia and its people.

An often captivating continuation of a fantasy saga. 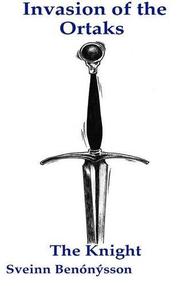 In the first installment of Benónýsson’s Invasion of the Ortaks fantasy series, a tale of political intrigue and unlikely camaraderie takes shape on the continent of Esthopia.

When Carl the Ranger is almost murdered by two foreign soldiers in the wilderness, it becomes clear that something sinister inhabits the otherwise peaceful Esthopian nation of Eniktronia. Saved in the nick of time by the battle-ready Princess Egny—the niece of Eniktronia’s King Haakon—Carl travels with her through the countryside, attacking the encampments of these dark-clad invaders. While lodged at an inn for the night, enemies posing as local tavern-goers make an attempt on her life. News of the attack reaches the king, who sends Sir Klaus eastward across the outlaw-riddled Bending Pass and into the country of Antonia to learn more about the assassination plot. As the knight makes his way, he and his team uncover a conspiracy that implicates even Eniktronia’s closest allies. What’s more, they confirm fears that inhabitants of Orknia, a southern land, separated from Esthopia by sea, have seized the port of Rutan and declared war on the continent. In the middle of this tumult, the team also helps Egny face the onus of royal responsibility when her grandfather, the king of Otanga, dies and leaves her a special inheritance. The novel, filled with well-wrought adventure, hosts a large cast, from the warm Asgrim to the foolhardy Gils, their back stories as attention-grabbing as the main narrative. We learn, for instance, the unsettling history of Christopher, a trader who freed two condemned slaves and joined forces with Klaus against the incoming Ortaks. Given its whirlwindlike pace, the plot’s speed sometimes comes at the expense of clarity but never so much as to obscure the essentials. Benónýsson convincingly sketches the lives of handfuls of Esthopians who, faced with the prospect of war with a brutal tribe and betrayal among their ranks, band together—building interest for the series’ next installment.

A well-rounded cliffhanger of an opening to a series likely to engage fans of medieval-themed fantasy.