Tanya J. Peterson is, as of 2016, the author of four award-winning and critically acclaimed novels: Twenty-Four Shadows (Apprentice House Press, 2016), My Life in a Nutshell: A Novel (Inkwater Press, 2014), Leave of Absence (Inkwater Press, 2013), and Losing Elizabeth (CreateSpace, 2012). She writes a weekly column, weekly newsletter, and has written over 70 articles and two e-books for HealthyPlace.com, America's Mental Health Channel. She's an active speaker and presenter on mental health topics, topics that directly relate to her writing. 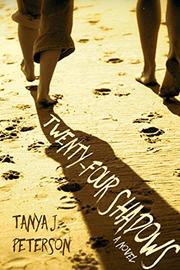 An exploration of dissociative identity disorder, this fourth novel by Peterson (My Life in a Nutshell: A Novel, 2014, etc.) valiantly addresses the stigma of mental illness.

In the book’s opening pages, Isaac Bittman appears not unlike any other suburban father. Having returned from playing tennis with his friend Max, he starts organizing a birthday party for his young son Dominic. A sense of unease only begins to creep in when Isaac cannot recall setting up an obstacle course for the party and vehemently denies making it, until Max shows him photographs that prove otherwise. Soon, Isaac’s illness gains an uncontrollable and nauseating momentum. He does not remember his actions, and his life begins to break apart. He becomes uncharacteristically violent, loses his job, and his family life begins to suffer. His devoted wife, Reese, attempts to understand his suffering, but when Isaac disappears and is found half dead in the Idaho backwoods, it becomes desperately clear that he requires a level of care that she alone cannot provide. On being admitted to a specialist mental health facility to undergo a revolutionary form of treatment, Isaac asks the doctor: “But Dr. Charlie, what if they don’t? Get better, I mean. What if things just keep getting worse because I’m here? What if I find out things I really shouldn’t know?...I’ll be lost in a new way, a way that’s way worse than ever before.” Peterson’s language captures perfectly the uncertainty of patients facing a mental illness where all solid ground becomes unstable and threatens to give way beneath their feet. The doctor’s answer reflects the magnificent sense of hope captured in the remainder of the novel: “There are answers. Not always obvious or easy ones, but answers nonetheless.” The book proves to be dazzlingly analytical and delicately sympathetic in equal measure. The strength of Peterson’s My Life in a Nutshell lay in its realism and the author’s ability to deftly construct complex psychological portraits. More of the same is offered here, although it appears that the author is even closer to her subject and is able to say to the reader in earnest: this is mental illness, this is how it feels. Few writers possess the courage or working knowledge to draw back the veil on this still largely taboo subject. Peterson possesses this rare talent.

Educational and affecting; the importance of the author’s ongoing mission to demystify the world of mental health care should not be overlooked. 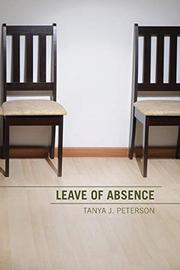 Following the untimely death of his wife and son and a failed suicide attempt, a grief-stricken father is admitted to a psychiatric hospital where he struggles to find renewed hope and meaning in life.

Peterson’s touching second novel (Losing Elizabeth, 2012) begins with a dramatic fall. The one thing that Oliver Graham wants in life is to die. Stepping from the ledge of an 18-story building in downtown Chicago, he plummets toward the sidewalk, taking with him the police officer who was attempting to talk him down. The crowd of onlookers watches both men crash safely into an inflatable landing pad before Oliver is handcuffed and taken to an institution the book calls Airhaven Behavioral Health Center. He meets Penelope, a fellow patient who experiences auditory hallucinations. Penelope refers to the voice as Eleanor Roosevelt, which controls, demeans and beleaguers her on a daily basis. Oliver and Penelope both find their situations to be hopeless; that is, until they begin to relate to and encourage one another. Penelope’s fiance, William, is at first jealous of Oliver, but comes to recognize the therapeutic benefits that spring from their friendship. Meanwhile, William must fend off the advances of his attractive new neighbor, Mariska, and steel himself against his best friend’s suggestion that Penelope is a lost cause. The novel charts the emotional setbacks and triumphs of both patient and caregiver as Oliver and Penelope move toward their release from the institution. The author, a certified counselor, emphasizes the importance of human connection and creative endeavor in group therapy as a stimulus for recovery. Peterson succeeds in demystifying the world of psychiatric care and challenging the stigma that continues to surround mental health. A protracted and soapy melodramatic denouement sadly contradicts the book’s measured, sensitive tone, but this flawed ending cannot detract from the fact that this novel will offer hope to many of its readers.

A heartrending, realistic story about grief, depression and schizophrenia that finds positivity in the darkest of moments. 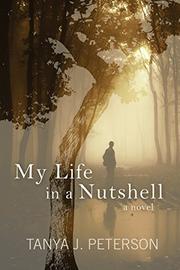 MY LIFE IN A NUTSHELL

Brian Cunningham, 43, is the night custodian and information technology specialist at Hayden Elementary School. A sufferer of acute panic attacks, he lives his life trapped in a nutshell, a self-imposed safety zone, beyond which exist his darkest fears. His profession allows him to minimize his contact with others and thus manage, or at least tolerate, his debilitating disorder. As the novel opens, the author quickly and deftly charts the anatomy of a panic attack, a phenomenon many nonsufferers might ordinarily find inscrutable. Brian’s mind races as his inner narrative alerts him to perceived external threats that pose no real danger. His breath quickens, his chest tightens, and he suspects his heart is failing—little wonder, then, that he chooses to shut himself away from any potential trigger. Enter Abigail Harris, a hostile 7-year-old suffering from attachment issues and disorders relating to abuse and frequent moves among foster homes. It is Abigail’s first day at school, and hating every moment of it, she decides to go AWOL. Brian discovers the small girl taking refuge in a classroom, and overcoming the paralysis he normally experiences when unexpectedly encountering another person, he begins to communicate with her. The two are surprised to find that they share a mutual understanding. The novel charts the evolution of their platonic relationship as they draw positivity and solace from their experiences. The friends begin to see a possibility for change, although numerous obstacles block their path. As in her previous novels, Peterson demonstrates a tender, notably human understanding of mental illness. In her latest effort, she plays to her strengths, jettisoning an occasionally soapy style in favor of constructing complex psychological portraits and realistic plotlines. In doing so, she accurately captures the crushing sensations of anxiety disorder while simultaneously offering rays of hope.

A vital tool for sufferers and their families that broadens understanding of a debilitating illness.

My Life in a Nutshell: A Novel trailer

"If they're all alike, why do they go out of their way to despise each other?" (Jem, To Kill a Mockingbird)

The ability to walk any way but straight

helping others find joy and calm

MY LIFE IN A NUTSHELL: A NOVEL : Kirkus Star