T. D. Holt began his professional life developing semiconductor materials in the early pioneering days of Silicon Valley. Patent holder on various Internet technologies, CEO of web-technology pioneer SurfWax.com, and publisher of child-development materials for the past forty years and , "HoloHead" is his third novel. His first two novels "Oblique" and "Substrate" are thrillers highly recommended by Midwest Book Review.

“Holt’s novel is a satisfying blend of sci-fi, suspense, and romance. A tech-driven thriller...”
– Kirkus Reviews 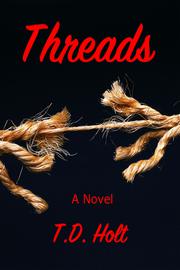 A threat to national security spurs an intuitive, quick-thinking Seattle couple into action to save the world.

Holt’s fourth novel seems ripped from contemporary headlines: It is set nearly a year after a shocking presidential election unmoors America. As racial unrest, political opportunism, and the infectious Covid-19 virus aggressively spread fear and panic across the country, in the eyes of 6-foot-4 ex–Army intelligence officer–turned–lawyer and blogger Pete, “civil society is tipping toward a permanent chasm.” Adding to this overwhelming state of affairs is the rumor that a Luddite-minded group called NuLud has engineered a subatomic particle with the potential to block electrons and permanently disable the global internet. On a desperate hunt for answers, Pete joins forces with his attractive Jamaican friend, downstairs neighbor, and secret love, Sophie, who happens to be a university quantum physicist. Together, the intrepid millennials embark on an international mission to first find the scientist who leaked the rumor and then join the race against Russian Federal Security counteroperatives to thwart the global catastrophe of a cyberterrorism weapon. Written as chronological blog posts that often address readers directly, the novel delivers a deliberate initial setup that belies the rousing chapters that whisk readers through a rapid succession of locations like South America and France. Romantically, the duo’s physical attraction is mutual and undeniable, and Sophie, whose real name is Lani, introduces a religious and emotional element into the budding relationship. Pete reliably and charmingly narrates the action from his perspective as a science-loving nerd hot on the trail of a big conspiracy who is hoping to get the girl of his dreams along the way. Holt has created an endearing character in Pete and adds brief perspectives on race, national security, and technological omnipresence to a thriller that is as introspective, thought-provoking, and socially conscious as it is suspenseful, particularly in the book’s final third. Employing a smooth mixture of action and intrigue with a large dose of self-aggrandizing good humor, the author will capture readers’ attention with two winning heroes.

A provocative, timely, urgently told thrill ride sure to resonate with suspense and romance fans. 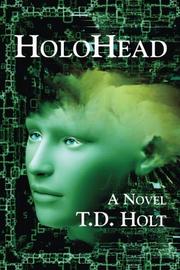 This is Holt’s second novel featuring Lincoln “Mac” MacMahan, a professor and veteran suffering from PTSD. In Oblique (2016), Mac and his students uncovered a government plot to influence the upcoming presidential election (where do authors get such outlandish ideas?). This time around, Mac; his wife, Mindy; and his students discover a foreign scheme to replace the newly elected Margie Perserve, the first female U.S. president, who seeks to unify the country after her divisive predecessor’s nefarious plan failed. But the autocratic, lascivious ruler of an Asian country has Perserve kidnapped, replacing her with an undetectable solid hologram that enables him to direct American policy. As Holt explains in his preface, these are “Hologram forms with self-sustaining space occupancy, light energy, behavior, touch, and mass. A human facsimile, a replica out of thin air, vectored by the nation’s artificial intelligence (AI) backend.” The president’s husband, Roy, a former solider like Mac, notices changes in his wife’s behavior. Around that same time, Mac and Mindy discover inexplicable shifts in the president’s policies. They bring in computer whiz Justin, one of Mac’s students, who uses a filter and finds something suspicious in recent images of Perserve. It’s a race to uncover the imposter and free the president from her overseas captors. Holt’s novel is a satisfying blend of sci-fi, suspense, and romance. He paces his narrative well. The reader is shuttled from Asia to Washington, D.C., to New York as the tension builds. Holt, who comes from a technological background, makes the holographic process believable, no small feat. The novel, however, assumes a tiresomely earnest tone. The leader and his minions are evil, while all the Americans are morally correct. This is especially evident when it comes to the two couples, Mac and Mindy and Margie and Roy: “I do know that what kept me going through all my recovery were dreams of you and your embrace. Imagining that you loved me,” Mindy says. Still, action wins the day here and largely distracts from the flaws.

A tech-driven thriller; entertaining despite the inflated prose.

Is Social Media destroying America? In today's world of instant messaging and always-on media, where distinctions between fact and fiction are often blurred, Lincoln "Mac" MacMahan, a scarred and war-torn veteran now a professor at a northeastern university, displays remarkable kindness and love towards his students as he strives to teach them the fundamentals of communication: the interface of human nature and society. Unexpectedly, as the Fall semester unfolds to reveal the challenges in discerning shades of truth, Mac and his students uncover a conspiracy inside the highest levels of government, just weeks before the upcoming Presidential election. Fighting against a media storm, character assassination, and the threat of danger, they attempt to reveal the truth about the conspiracy. But will that truth and the growing bond between Mac and his students be sufficient to prevent America from being hijacked by its leadership? The election is looming as Mac struggles with the value of his own life in pursuit of the truth, the meaning of faith, and the disappearance of a beautiful young woman he imagines to be his true love.
Published: Aug. 10, 2016
ISBN: 978-1-53693-388-8

World Dependencies: Energy, climate, food, medicine. Yet, there is an even greater dependency that goes unnoticed—on semiconductor materials—substrates such as silicon that are the basis for all the integrated circuits and chips used around the world. Substrates are the foundation to the digital revolution, commerce in the 21st century, the Internet, global communications, and of course, defense systems. A world without computer chips is like a world without the sun. In this exciting debut novel, rumors start to appear regarding the fallibility of chips. We have grown to be completely dependent on these chips that control our computers, our cars, our television sets, our telephones, our defense systems—our very lives. And if those chips suddenly go down, so will we. Jerome Constable, a young Ph.D. and expert in semiconductor materials, has been secretly working on an alternative to computer chips. He stumbles upon an aberration in substrates that may be the cause of the rumors. That such a problem could exist is absurd. He doubts it. His colleagues doubt it. Can the world survive without chips? What's at stake is a fundamental shift in the most essential technology the world has ever known. As the world slides backwards, Jerome rushes to perfect his alternative. He must fight errant bloggers and journalists, maverick federal agents, a semiconductor cartel—all of whom threaten his family, his life, his faith—leading to a thrilling, fast-paced conclusion. High-tech intrigue mixes with human nature—greed, love, doubt, faith—to make this a story that must be told: a thrilling twist to what we assume is true.
Published: May 19, 2008
ISBN: 978-1-53706-660-8