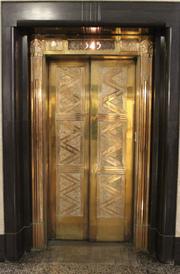 HOW TO DESIGN A THRESHOLD

BY Ted Bernal Guevara • POSTED ON

Howard Schoeff is profoundly driven by instinct—some would even say visions or premonitions—but he nonetheless feels little certainty about his life. After his first love, Jessica, left him, Howard became a Catholic priest and ended up in New York City, coming from South Bend, Indiana. But he doesn’t entirely understand how his life has led him down this path, and his sense of humor and off-the-wall style of preaching set him apart. Likewise, Sunni Muslim Zeyad Nadeem Mugrabi’s life has also taken him down an unexpected path. After leaving his home, family, and job in an Iraqi shipyard, the young man stowed away on a ship, hoping to reach London or some other far-off place. After he lands in Manhattan, his jewelry-making talents earn him refuge with Raphael Antonisz, a Jewish businessman, and his socialite daughter, Chereb. These are just a few of the characters in this pastiche of souls lost and found, set in New York in the 1950s and ’60s; some characters spend their nights amid bright lights and fine drink, while others are destitute, orphaned, brutalized, or jailed, and none end their story as the same people they were when they began it. But through it all, there’s a constant thread of love and faith—what it means to have it, to lose it, to run up against those who feel it differently than you do. The story is complex and compelling, with nontraditional prose to match: “What was more preferred, and delivered, was that Chereb had the chance to communicate, and everything seemed calm after.” As in this example, the sentences often ramble, forcing the reader to take a considered approach to each line. But although the irregular sentence structure and dialogue may put some people off, it’s also part of the book’s charm. The choice of words and phrasing in this novel is seldom merely functional, and the eclectic style calls upon readers to see the meaning in fragments and empathize all the more with the people whom they describe.

A unique reading experience and a complex, character-driven story.