Ted Torgersen graduated cum laude in 1971 from UCLA with a degree in English. He is not known at all as a result of his being banned in his senior year at university for his part in clearing the name of a prominent faculty member who was framed for causing a jailbreak at the height of the civil rights upheaval. There is reason for speculation that his suppression as a writer started before that.
This work is not what he would have written as a young man with a song in his heart, except for the first chapter, a collection of songs which were written long ago. Instead it contains his writings from 2005 to 2014 when it was first self published, some of which could be labeled as 21st Century Nihilism. There are also poems that deal with metaphysical themes and some that are pure whimsy, and songs that have never been produced. He divides his time between Point Arena, California in southern Mendocino county and Black Rock, Tobago WI, where some of his more upbeat pieces were composed.

“Whimsical, melancholy, and death-laden songs make up this tuneful collection of poetry. Much of Torgersen's verse has a singsong quality, with strong meters and rhymes, repetitive choruses, and the use of dialect, especially West Indian patois. His subject matter and poetic moods, however, are often steeped in quizzical rumination and existential angst. * * * This compilation's original works are often offbeat but arresting, featuring far out content in a melodic format.”
– Kirkus Reviews 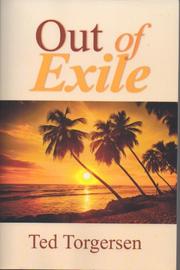 Whimsical, melancholy, and death-laden songs make up this tuneful collection of poetry.

Much of Torgersen’s verse has a singsong quality, with strong meters and rhymes, repetitive choruses, and the use of dialect, especially West Indian patois. His subject matter and poetic moods, however, are often steeped in quizzical rumination and existential angst. A few pieces wander into overt philosophizing, including a colorful but dated prose essay that warns readers that “the long-legged wolf of consumerism runs unchecked as the lead dog in the world-wide Iditarod of capitalist oppression.” Some are songs that have been copyrighted by other authors, including the Paul Simon hit “Slip Slidin’ Away,” The Eagles’ “Hotel California,” Steve Goodman’s railroad ballad “City of New Orleans,” and Jimmy Cliff’s “The Harder They Come.” Torgersen reprints the lyrics of these and other copyrighted songs verbatim, without attribution. In an introduction, he contends that many of his early verses were “stolen” from him, but he offers no evidence of his authorship of any of the lyrics here that have been previously recorded and published by others. In dozens of what appear to be original poems, however, Torgersen’s verse abounds in cryptic lyricism. He often strikes a prophetic chord, admonishing readers in “A’ Them Gone,” for example, to “Hear me when I say / there is something here today, / and there can be no peace / ‘till it’s gone.” Surreal scenes course through many poems. “Big Hill Revisited” begins with “The space suited florist’s man / is dumping dead daisies / out the back of a blue van / into an alley at dawn.” Goats are also a substantial presence in the collection: “The Wind and the Goats” speculates playfully that “Maybe it’s the way they smell, / so strong and, well, goatey, / that keeps the wind from trying / to ruffle their hair,” and “Look Homeward, Now” mentions “a goat on display, / with his head on a plate.” In patois pieces, such as “After We Are Weevils,” Torgersen’s poetry sounds an earthier but still hallucinatory note: “After we are weevils, / they baked in we bread. / Ask me ‘bout it sometime, / and remember we dread.” Formed in 1960s countercultural music ferment, the poet’s voice wanders through various styles, from folk picaresque to morbid psychedelia, and his imagery is often intriguing, even compelling. Sometimes, however, the verses fall flat on the printed page (“Aaa aa aaa / mm aaa aa aa / A’ them gone, / gone away, / yes they gone, / gone to stay”). At its best, though, the musicality of Torgersen’s poetry packs a strong emotional resonance, as in the elegiac chantey “One Love”—“Strike up, ye band members, / and play soft and low, / for ‘tis alla we / beyond the sunset must go, / and relive the story / from those lost days of glory, / where we once walked / through life hand in hand.”

This compilation’s original works are offbeat but arresting, featuring far-out content in a melodic format.