Terrence Murphy was brought up in Nahant, on the Massachusetts North Shore and spent his career as an internist and infectious disease specialist. After retiring in 2003, he has been writing full-time. "Assumption City," his debut novel published in 2012, is not autobiographical, but it draws on the author's experience as a medical officer in Vietnam, a staff member of a large Catholic medical center in Boston, and a consultant for the largest Catholic seminary in New England. He is currently working on a second novel and a series of interrelated short stories, revisiting many of the settings and characters found in "Assumption City."
Terrence and his wife, Elizabeth Wood, also a physician, live in Brookline, Massachusetts. When not writing, he enjoys reading, travel, gardening, and riding his bike in and around Boston, his favorite city in the world. They have two children and are expecting two grandchildren in early 2014.

FORTY STEPS AND OTHER STORIES

Sixteen tales span about 1,000 years as a New England town emerges, becomes an art colony and tourist destination, and faces a dark age.

This collection returns to Murphy’s (Assumption City, 2012) fictional community of Egg Rock on Massachusetts’ North Shore. In an elegiac tone that brings to mind Edgar Lee Masters’ 1915 poetry collection Spoon River Anthology, the tales follow characters as they make important decisions and show the ramifications of their actions. The book opens with Vikings arriving at a “magical” paradise—the future Egg Rock. The stories then sail on to address the town’s early-1800s ice trade with the Caribbean; the impact of prejudice on Boston’s Irish community during a cholera epidemic; New England’s abolition and pacifist movements before the Civil War; the dangers of 1880s lighthouse-keeping; mental health care in the early 20th century; U-boat spying during World War II; the agony of veterans following various wars; and the rise of feminism. The book breaks the narrative flow with a compelling literary experiment, as “John’s Peril I” and “John’s Peril II” offer different outcomes for the same character. It’s reminiscent of author Jack Finney’s twig-in-a-stream concept in Time and Again (1970), showing how small occurrences bump into one another to alter history. Indeed, the idea of cause and effect forms a strong undercurrent in this collection—one that results in intriguing effects. In “Shore Leave,” for example, a lighthouse keeper’s wife teaches her son, Ben, everything she knows about the heavens (“She made sure Ben saw moonrises and moonsets and the morning and evening stars”), and, by doing so, she inadvertently sets in motion Ben’s undoing in “Bottoms Up.” Readers may wish that the author provided a map of the many characters in these tales, but they’ll still find it fun to track their connections. 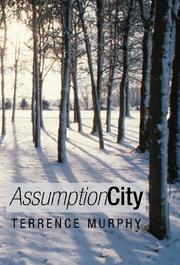 In Murphy’s debut novel, a primarily Catholic community in the Boston area struggles with diverging attitudes of faith in the aftermath of sex abuse scandals and family traumas.

Miracles, according to one of the many priests in this novel, are “one big headache for the Church.” Thus the community of Faneuil has many headaches in August 2002, when a giant, glowing image of the Virgin Mary appears on a wall at the local hospital. Like a faith-based Rorschach test, the image is interpreted by each viewer through a unique psychological prism. Hospital president Dr. Edward Cronin, a callous opportunist, gleefully folds this “miracle” into his morally corrupt plan to enrich himself with wealth and power by creating a shrine at the site. Yet the appearance of the mysterious image is surprisingly reassuring to some, including Dr. Tom Rowley, who has known no peace since his only child shot himself in December 1994, an event described in the book’s opening pages. As one character remarks in the book’s sad conclusion, “There’s no end to the Tommy Rowley tragedy.” Others are repulsed by what they assume to be a fake image, another example of religious manipulation, while still others find spiritual renewal by sharing the alleged miracle. In the action-filled week following the image’s appearance, several convoluted conspiracies and revenge plots are discovered, the Catholic hierarchy of Boston is upended, some families break apart and others draw closer together. All this compressed action comes at a cost. With dozens of characters listed in the book’s preface, pruning the cast would have created a more coherent narrative. The author is extremely well-versed in Catholic ritual and theology, which lends depth to the extensive discussions among the clergy. Although sexual abuse by priests is at the book’s heart, readers don’t witness revenge against those who committed the horrific crimes and those who covered it up. However, Murphy makes abundantly and painfully clear just how much suffering is felt by survivors and their families.

A thoughtful portrait of lives both destroyed and fortified by faith, though the reach of this ambitious debut novel ultimately exceeds its grasp.

Return to Vietnam 40 years after author ran a medical aid station on the Cambodian border.
ISBN: 1050=86-81