Before writing his debut children's book, Terry John Barto directed and choreographed more than 200 regional theater productions. In addition, he was the creative mind behind numerous television and cruise ship live shows throughout the world. When Terry John Barto was employed as the creative director for Wings of Dreams Productions, he worked with many diverse ideas and turned them into screenplays for animated films. He also used his experience to help artists develop popular action figures and dolls for several large retailers. Terry John Barto is the author of Gollywood, Here I Come! and Nickerbacher, The Funniest Dragon. He lives in Los Angeles, California and enjoys Pilates, Yoga, and hiking with his dachshunds, Hunter and Mazie.

“Overall, this dramatic story about a dragon stand-up comedian will likely entertain readers of all ages.”
– Kirkus Reviews 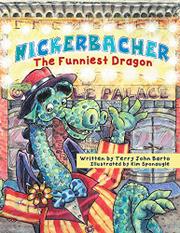 In Barto (Gollywood, Here I Come!, 2014) and Sponaugle’s children’s picture book, a young dragon slays his captive princess, her prince and finally his own disapproving father—with laughter.

Young readers will identify with the sad-eyed main character from the start—a dragon named Nickerbacher who’s guarding an imprisoned princess “because his papa told him to.” As he does so, however, he practices his jokes on her, as he yearns to be a stand-up comedian. Most of them involve clever wordplay: “Why did it take me forever to cross the road?…Because I’m always a-draggin.” Just as Gwendolyn tells him that he must pursue what gives him pleasure, the authors show woodland animals fleeing in terror as Papa Dragon approaches. The young dragon tells his father about his dream and is sternly reminded of his dragonly duty. That afternoon, Prince Happenstance arrives to rescue the princess and repeatedly challenges Nickerbacher to fight after the dragon calls him “Prince Fancypants.” Instead, Nickerbacher torches some nearby trees. Soon, Happenstance admits his squelched desire to be a baseball player, and the opponents realize their common ground. Later, in the city, Nickerbacher finds the courage to step onstage for his first comedy act. It will be hard for readers not to laugh along as they see the audience’s delighted, upturned faces. Later, after receiving his father’s approval, the dragon tells one last joke: “You know what happened to the dragon whose dream came true? He lived happily ever after.” The text of this book is full of body language and voice cues and, as a result, often begs to be read aloud, such as when the princess tells Nickerbacher, “You’d make a great comedian.” “Nickerbacher looked over his shoulder. ‘Don’t let my papa hear that.’ ” The book’s expressive, jewel-toned illustrations also pack an emotional punch. Overall, this dramatic story about a dragon stand-up comedian will likely entertain readers of all ages.

A well-illustrated dragon tale that may help bridge the gap between young and old readers. 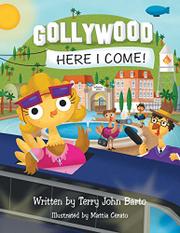 Young chick Anamazie Marie LaBelle is not just the youngest marching band majorette in Gobbleville history, she’s also a finalist in Gobbleville’s Got Talent. She participates in the finals with the help of her mother, Henrietta Pearl, whose interest in her daughter’s fame is as dramatic as one would expect from a participant on a reality show (and her musical education apparently derived from reality show sources, given her use of terms like “pitchy”). But despite her natural talents, Anamazie loses the competition to Edith Winkmeyer. Luckily, a Gollywood Pictures agent is more impressed with Anamazie’s performance, and she’s whisked off to a screen test. From there, it’s all smooth sailing. Anamazie rehearses her lines, dresses in costumes and learns how to work well with temperamental stars. (Her mother, still full of excitement and eager to interfere, has to be dragged off the sound stage by security roosters.) Of course, the little chicken is a hit, and she’s ready for more adventures by the end of her first movie. Anamazie is a perfect star, and her few flaws are easily forgiven, but it’s hard to imagine her actually striving for anything, despite her earnest statement: “My mom says you can do anything if you work hard and never give up.” The delightful illustrations, which add to the text’s poultry jokes, are sure to appeal to a young, lap-sitting crowd. Newly independent readers may struggle with the length, but the vocabulary is manageable and full of familiar, glamorous, Hollywood-type phrases (“Sweetheart, your co-star is getting his feathers ruffled when you back him out of the shot”).

Nickerbacher is a dragon and aspiring comedian who travels to La La Land to audition for The Late Knight Show. Hoping to prove to his father – and the world – that dragons can be funny. Nickerbacher befriends a prince and a princess who help him realize his dream while paving the way for equal rights of all citizens.
Published: Dec. 8, 2016
ISBN: 1944878270