Tom Wolfson (b. 1949) was raised in New York City's Upper East Side (Henderson Place) and attended Collegiate School for Boys for 13 years (K-12). Son of Emmy Award winning author, playwright, novelist, and historian Victor Wolfson, Tom struggled in the shadow of his infamous and charismatic father. Spectacular family feuds between his father (born of anarchist Russian immigrant Jews) and his Boston Brahman mother, who sought liberation from her upper class trappings through her involvement in the labor and socialist movements, influenced Tom's childhood. Graduating at the very bottom of his class, Tom set forth in the tumultuous Sixties to make his own way in life. From anti-Vietnam war unrest at the University of Wisconsin in Madison, a stint on a Vermont commune, a short-lived career as a hansom cab driver in New York's Central Park, Tom made his way to Los Angeles where he worked in the plumbing, restaurant, and insurance businesses and became involved for nine years in a primal therapy cult called The Center for Feeling Therapy. Following the cult's collapse in 1980 Tom became a public school teacher certified in social studies and moved with his wife to Cape Cod family property, a place of childhood happiness, to care for and reconcile with his then ailing and elderly father. Conflicted over how his father intended to bequeath his properties and with his father's demanding behavior, as well as feeling stranded like a blackfish on a beach suffocating under its own weight, Tom moved with his wife and new baby to northernmost Down East Maine. There he taught Passamaquoddy Indians and Woodland High School students for a year before resettling in less remote but still rural Bristol, New Hampshire. While teaching 8th grade social studies, working as a waiter, and delivering oil and kerosene for the Dead River Oil Company, Tom was able to earn his master's degree in liberal studies with an emphasis on creative writing at Dartmouth College. In 1990 Victor Wolfson died dramatically and characteristically in a house fire at the Cape property and Tom and his family inherited a portion of the land and a delapidated antique house. With the help of a Wampanoag medicine man and shamanic ritual along with a soul affirming and rekindled passion for stage acting and writing, Tom battled and eventually made peace with the ghost of his father. He lives in Wellfleet to this day.

“The author has produced a richly detailed, deftly written book ... A smooth read that succeeds as a case study of the failed promise of the baby boomers.”
– Kirkus Reviews 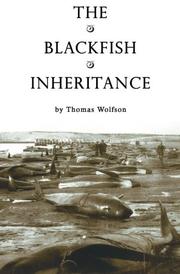 In this debut novel, a son recounts his struggles living in the shadow of his famous father.

Wolfson tells the tale of Leon Perlman, beginning with his visit to see his elderly, caustic father, Vincent, wintering in Puerto Rico. From there, the novel circles back to little Leon growing up in a brownstone on Manhattan’s Upper East Side and attending private school. But all is not well: his author/playwright father is cruel to his meek mother, who eventually leaves, and mean to his three sons. Wintering in New York and summering on Cape Cod, Leon progresses through the rites of 1960s youth—sex (both voluntary and involuntary), drugs, and a first job. Then he lights out for California, befriending the owner of a plumbing company who understands Leon’s “unspoken sorrow” and gives him a position. Leon endures the taunts of blue-collar co-workers, quits, and becomes an insurance agent—giving him what he calls “a license to steal”—until he breaks down and “just can’t do it anymore.” Returning back East, he bears up under his father’s “cutting criticisms” and the “essential disharmony and chaos” of Perlman family life. He bounces around teaching jobs in New England but returns to the Cape with his wife and daughter, working as a school bus driver. After his father dies in a fire, Leon inherits the old man’s Cape property, and he consults a psychic and several Native Americans to exorcise his father’s lingering presence there. The book ends with fuzzy snapshots of Wolfson, his wife, daughter, and father. The author has produced a richly detailed, deftly written book. He’s particularly adept at descriptions of places, from LA’s “indistinguishable small cities oozing down” along the freeways to lyrical portraits of the Cape’s sweeping landscape, and of people, too: a woman with bad makeup is described as looking like “an open burned marshmallow.” It’s not always clear why Leon is so resentful of his father, but in his narcissistic and petulant moments, he resembles no one as much as Vincent, albeit in diluted form. Leon’s story sometimes threatens to become a self-pitying tale of his wrestling with his personal demons, but Wolfson effectively lightens this chronicle of family dysfunction with subtle humor. Overall, the book raises more questions than it answers, which isn’t a bad thing.

A smooth read that succeeds as a case study of the failed promise of the baby boomers.

The Finer Life, a dramatic monologue preview based upon the 2nd chapter of THE BLACKFISH INHERITANCE performed by Thomas Wolfson

Death in Midsummer & Other Stories

Van driver for the elderly

Our birth is but a sleep and a forgetting: The Soul that rises with us, our life's Star, Hath had elsewhere its setting, And cometh from afar: not in entire forgetfulness, And not in utter nakedness, But trailing clouds of glory do we come, From God who i