Timandra Whitecastle lives on the original Plains of Rohan (Lower Saxony) in Germany, with her family. She is a native speaker of both English and German, but she's also fluent in Geek, Gaming, and Whale.

Reading is an obsession that borders on compulsion most days.

Tim has never bothered to get a life because she feels like she's been trying to lead three different ones already - and, yes, she totally stole that line from Terry Pratchett.

“Realistic, character-driven fantasy that manages to both sever limbs and warm the heart.”
– Kirkus Reviews 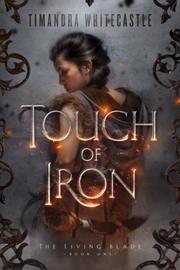 In this dark YA fantasy debut, teenage twins are swept up in a prince’s quest for a legendary blade.

Seventeen-year-old twins Noraya and Owen Smith, the adopted children of a blacksmith named Rannoch, have left their home at the Ridge to cross the Plains. Owen dreams of becoming a pilgrim—a scholarly nomad—while Nora simply wants to escape the path of marriage, children, and boredom. With three weeks of travel ahead and winter approaching, they venture forth and soon meet Master Telen Diaz, a half-wight pilgrim with all-black eyes, who’s escorting the exiled Prince Bashan, the seeker of the Living Blade. Bashan, by using a sword that can “meld with its wielder to unleash a power so great it can change the course of the world,” hopes to take the throne back from his half sister. The Kandarin Empire, meanwhile, is overrun by marauders, and the twins see from the road that the Ridge is burning. Owen continues on with the Hunted Company—which, aside from Diaz, is full of thieves and murderers—to the Temple of the Wind, and Nora returns home. She finds the Ridge a charred wasteland, with everyone she knows dead or enslaved. She always carries a knife that brings her a “Touch of iron” and a “Touch of home,” and, with it, she itches for vengeance. Author Whitecastle’s debut offers a rigorous critique of the mythic-quest fantasy trope, portraying Prince Bashan as a sleazy powermonger who’s willing to burn ancient libraries to get the knowledge he seeks. As the narrative gallops between blood-drenched battles and character-driven stretches, Whitecastle conservatively introduces magical elements, maintaining a grim realism throughout. The dialogue, particularly Nora’s, often seems to wink at modern readers, as when Diaz says that “Wights can endure extreme temperatures,” and Nora replies, “That explains why you’re always so hot.” The many genuinely romantic moments between Diaz and Nora are like breaks of blue sky amid the carnage, which aren’t easily found in this genre. The excellent pacing and organic plotting will bring audiences back for the sequel.

Realistic, character-driven fantasy that manages to both sever limbs and warm the heart.

I'm a teacher of English as a Foreign Language and History