Dubbed by the Huffington Post as "The Man Who Made Abercrombie & Fitch Less White", Todd Corley witnessed the impact of Millennials and rising iGens on corporate culture during his ten years at A&F from his corner office at the iconic brands World Headquarters - located on Fitch Path, in New Albany, Ohio.

Corley's debut book, is an exclusive look inside Abercrombie & Fitch and explores how today's emerging workforce reshaped the self-conscious symbol of today's American youth, redefined the concept of "coolness" and forged cultural transformation.

Corley examines the needs, wants and expectations of Gen Y & Gen Z and offers employers solutions on how to prepare for the inevitable reality of what the "future of work" will look like.

“Corley offers a tantalizing peek into how a workplace can be transformed...”
– Kirkus Reviews 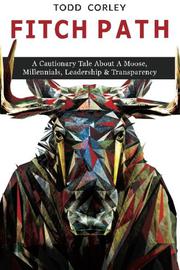 In 2004, Abercrombie & Fitch hired Corley to develop company diversity programs, as mandated by the Equal Employment Opportunity Commission’s resolution of a class-action worker discrimination lawsuit. He spends the first half of this book discussing the emerging millennial generation, including how “unprecedented technologies” have created an “awareness and connection…not available in previous generations.” This has led to “the expectation that others’ lives should look like their own” and that the previous “singular ‘right’ way to live has yielded to a far more common embrace of diversity.” He then segues to his work as chief diversity officer at Abercrombie, which included launching a variety of training and awareness programs, including an “If You Really Knew Me” activity. That featured an “inclusion wheel” (re-created in this book) from which employees would pick and discuss three diversity variables, such as religion, work experience, parental status, etc. Corley reproduces commentary from Abercrombie employees regarding this training, including how one manager became open to hiring hearing-impaired workers for overnight work. Corley concludes his book by highlighting the retailer’s progress in the diversity arena (including stores going from less than 10 percent nonwhite associates in 2004 to over 50 percent today) and describing how, as of 2014, another executive oversees diversity initiatives, with Corley now running his own consulting firm. In this book, Corley offers a tantalizing peek into how a workplace can be transformed through effective diversity training, with his inclusion wheel, in particular, a helpful and valuable tool to leverage. While Corley may have been restricted from sharing too much inside information, it is also surprising and frustrating that he doesn’t discuss his Abercrombie programs until halfway through the volume. He also mentions his work had “safeguards that should be considered by anyone charged with implementing a diversity strategy,” yet he doesn’t detail what these were. Still, even with such drawbacks, Corley offers an inspiring, expansive view of diversity, including noting admirable work in the anti-bullying arena.

Preparing for the emerging majority, 2016 A conversation with Todd Corley, 2016 A decade of change by a change agent, 2014 The man who made Abercrombie & Fitch less white just quit, 2014