Originally from the UK, I live in Perth, Western Australia. I've been a consultant and campaigner in environmental and climate issues for over 30 years and worked in many countries for governments and companies. Writing non-fiction about the relentless destruction of our beautiful planet, and the continued inaction, greed, ignorance and denial of many, has been a bit depressing. It's just as well I like beer. In turning to fiction as relief, thought what would I do to save the world if I had the means? How can I make what's happening to our world into a dramatic and entertaining story where the good guys win, the serious stuff is offset with wit and satire, and there's plenty of cinematic action . The Fossilarchy is the result,

“A gripping and timely environmental tale with a combustible mix of deadly elements.”
– Kirkus Reviews 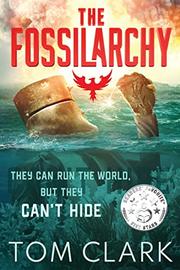 A wealthy businessman assembles a specialized team to ruthlessly take on an industry believed to endanger the health of the planet.

In Clark’s climate change thriller, Wolfgang Dreiser invites other members of the mega-rich to secretly fund drastic, violent action against the fossil fuel industry to save “the world in the time we have left.” The affluent visitors to Dreiser’s Swiss mansion only need to provide an “eye-watering” amount of financing. The execution of the plan, code-named Operation Phoenix, is “tasked to military strategists and operatives.” Australia, “soon to be the biggest coal exporter,” is a key target. Divorced Londoner Alex Burns, a former member of Her Majesty’s Special Air Service who still passes “the ‘tall, dark and handsome’ test,” gets recruited to lead the sabotage operations of Australia’s production and supply chain of coal. Emma Johnson, another devotee to the cause, whose lover David Mallon died from injuries inflicted in an anti-coal protest, battles the industry with David’s father, Sean, a Northern Ireland transplant. They work to bomb passengerless train cars coming from the mines. But based on the bombing techniques used, someone realizes whose handiwork it is, putting the mission and Sean—who has become a national folk hero, nicknamed “Ned Coaly” after the 1800s bushranger Ned Kelly—in danger unless Alex can intervene. In this engrossing novel, Clark, an Australian environmentalist and climate consultant for over 30 years, preaches to the choir, if the singers are climate change zealots. Long stretches of text decry the perils of climate change. Descriptions of the Australian landscape and surrounding waters are picture-perfect. The tension ebbs and flows throughout, and the characters, such as an aging former Irish Republican Army bomber now living Down Under, are original. But multimillionaire businessmen secretly and successfully financing a potentially deadly pro-climate escapade suggests a fantasy more than a thriller.

A gripping and timely environmental tale with a combustible mix of deadly elements.