Tom grew up in Jersey. On streets that show no mercy. Like the sun on a Hershey.

Worked in NYC. But he had to flee. Had to pursue the writing dreams he harbored. As life rocked him from port to starboard.

Along the way, got an MFA. From UCLA. Sold some projects, got into the WGA. So he's doin okay. Especially because of his beautiful bae. And their two babes. A home in the South Bay.

Not to mention Tom's tutoring organization. Educating the next generation. He hopes his book, can expand the conversation.

To learn more or hit up Tom, please visit streetscreations.com. You can also hit Tom up on Insta 24-7. The handle's @tomsheridan247.

“An admirable story with shades of Rocky and Boyz N The Hood told in an uncompromising and original voice.”
– Kirkus Reviews 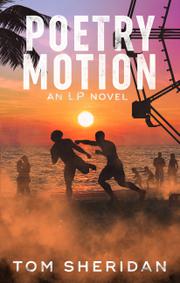 In this final volume of a trilogy, a New Jersey mixed martial artist preps for his final fight while his son aims for distinction with his second rap album.

Now in his mid-40s, Tonio Franco will be stepping into the MMA cage one last time. His opponent is the current bantam and featherweight champ, Lenny “Linc” Carrera—his nickname is short for “Lightning in a Cage.” Franco travels cross-country with his friend/trainer Joey, as the match is set in Los Angeles. Along the way is a stop in Las Vegas, near the residence of Randall Starks, the pedophile who years ago assaulted Franco’s then-teenage son, TJ. Now that Randall is out of jail after serving little—perhaps not enough—time, Franco plans to confront him with a Glock. TJ, meanwhile, is a 26-year-old rapper with a moderately successful debut album. The studio isn’t giving him much artistic freedom for his follow-up and pressures him into singing producer-approved lyrics. These include racial slurs for shock value. But TJ, whose orphan father’s origins are unknown, is “more Bieber than black.” As Franco struggles with both the 155-pound weight requirement and his moral predicament concerning Randall, TJ fights to record songs steeped in art rather than commercialism. Sheridan once again skillfully showcases his “lyrical prose,” in which narrative descriptions occasionally boast vibrant rhymes and/or wordplay. Franco, for example, had “an angry young man past where he was more goodfella than good fella.” But the poetic story also involves thoroughly absorbing characters. Enhancing the protagonists’ main objectives are smaller dilemmas: TJ and Linc are pals; Franco finds himself attracted to Joey’s assistant coach, Khloei, while the competitor’s wife, Julie, is back home in New Jersey. Notwithstanding the serious drama, this bracing tale has a superb, consistent sense of humor, particularly in the footnotes that are more wisecracking than informational.

A smashing finale to an engaging, boldly written series about family ties. 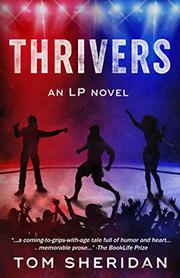 A retired mixed martial arts fighter and his college-student son independently strive to pull their family out of debt in the second installment of Sheridan’s (The Streets, 2018) series.

Tonio Franco Sr., a former MMA champ, now coaches hopefuls at his gym, Brawlers, in New Jersey. But Brawlers can’t keep Franco, wife Julie, and their kids from being perpetually broke. That’s why 21-year-old Tonio Jr. abandons his plan to teach and, instead, majors in finance at Jersey State University. TJ also interns on Wall Street, but a plum job opportunity doesn’t quite pan out. Around the same time, Franco worries the gym will be even worse off after his star trainee loses another match. But when Franco’s rival, Umar “The Beast” Basayev, boasts of having once defeated Franco, the 41-year-old retiree agrees to a rematch. It could finally mean big money for his family, provided Franco wins. TJ, meanwhile, starts dating fellow university student Kamara Day. She wants to be a famous singer, which dovetails with TJ’s dream of someday owning the stage as a rapper. But he may have to abandon that dream in order to earn a white-collar salary. As in his earlier novel, Sheridan displays a knack for what he dubs “lyrical prose”—a narrative rife with wordplay and rhymes. TJ, for example, muses: “So then why did T…as he drank at the bar with G…think something even more uncouth? Was there an even deeper Truth? TJ’s eyes started going REM as he heard REM.” The author’s distinctive writing, however, doesn’t outshine the plot or cast. And while the novel contends with multigenerational anxieties, it’s consistently amusing. 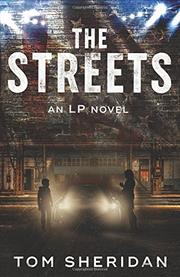 In 2001, 20-something MMA competitor Franco—who evidently resembles both Sylvester Stallone and Dwayne “The Rock” Johnson—trains hard when he’s not busy supporting his wife, Julie, and son, TJ, by working as a temporary worker at the docks for a man known as “The Frog.” But Franco’s potential fighting career is cut short by a devastating loss, during which he breaks his ankle. Seven years later, he’s divorced from his wife, but his MMA comeback may finally be on the horizon. He still handles unpleasant tasks for The Frog, such as cleaning up maggots or rat excrement at the docks. But his latest job is even dirtier: The Frog offers him a hefty sum to kill someone. Meanwhile, TJ, who lives with his mother, is staying with Franco for a few days. Father and son bond as Franco shows TJ some moves to use on a school bully. Unfortunately, criminal types soon threaten Franco’s return to the MMA cage—and threaten his loved ones, as well. Despite offering a sometimes-harrowing view of Franco’s life, Sheridan’s novel is surprisingly upbeat in tone; its resolute protagonist trains relentlessly and never gives up on his family, no matter what. The tale also addresses issues of race and social class in inspired ways, as Franco is an orphan of unknown heritage. Along the way, Sheridan’s exuberant prose entails rhythmic passages (“Had money for booze but not for shoes”) and copious wordplay (“Then onto Elizabeth and all its asphalt. Exhausted immigrants wonderin if it’s they own ass fault”). This results in a breezy narrative that complements the ever hopeful protagonist at its center.

An admirable story with shades of Rocky and Boyz N the Hood, told in an uncompromising and original voice.

"There is a way to be good again."