Taken in November, 2015 by her husband Mark at their Inn in Flagler Beach, Florida

Toni Treworgy - aka "Toni Melton", currently resides in Florida where she and her husband run an upscale Boutique styled lodging establishment - "Island Cottage Oceanfront Inn and Spa" a Select Registry property along the shores of Florida's northeast coast..Also know for her cooking skills, her watercolors, her music her poetry and her architectural skills, Toni is considered by many to be a "Renaissance Woman".

Her former and very diverse careers in the New Jersey area were a testament to Toni's unrelenting strength of character, her self-confidence and her sheer willpower. With Divine Intervention, she has saved numerous lives over the years, has witnessed first hand the overwhelming power of prayer, is fully aware and accepting of the many wondrous miracles bestowed on her throughout her life and knows first hand that love truly knows no boundaries.

Her book "Writings in the Sand - a memoir" is the compelling, uplifting and spiritual true journey from Toni's childhood to her adulthood - a journey that gave her the strength, determination and hope to deal with the abandonment of her alcoholic father as she accepted the looming death of her mother and the ensuing financial challenges of survival. Without ever giving up or letting anything stand in her way, she gained the skills needed to balance a high-powered executive position at a "Fortune 500" company with an amazing career as a popular recording artist / songwriter / vocalist and ultimately a successful Innkeeper, ... against all odds!

The YouTube video below is of one of her original songs "Take Me Back" - written and recorded in the mid-80's. Her career in the field of music is the recurring thread throughout her book which focusing on her incredible and heartfelt experience, her naive and often humorous encounters with fame, and her future disappointment with the music industry which ultimately led her to the toasted sands of Flagler Beach.

“Treworgy has produced an energetic, strangely appealing homage to steady toil in the familiar American tradition of Horatio Alger and Ben Franklin. Industriousness and moxie conquer all { } This modern tale about hard work and faith surmounting all hurdles should inspire readers who believe in the “persistence and prayer” that the author advocates to overcome setbacks.”
– Kirkus Reviews 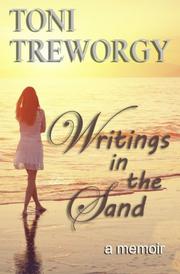 Writings in the Sand

A Florida innkeeper recounts her rebound from a difficult childhood in New Jersey to success as an adult in this debut memoir.

Treworgy lived an idyllic life in the New Jersey suburbs until her father started drinking heavily and her mother was diagnosed with Hodgkin’s lymphoma. Her father’s alcoholism eventually broke up the family, despite attempts at reconciliation. Treworgy moved around with her mother and brother and struggled in school, but she showed grit, holding a series of childhood jobs to help support the family. As an adult, she continued to work hard, waitressing and launching a musical career leading a local band at lounges and resorts. Following a divorce and her mother’s agonizing death, Treworgy landed a position with a big insurance company and moonlighted as a model. Later, she sold and invested in real estate, eventually losing everything when the market tanked. Unfazed, she moved to Florida and bought beach property with the dream of someday starting an inn. Meeting her next husband via a personal ad, Treworgy helped save his boat yard from bankruptcy. The couple built their own yacht to cruise the Eastern Seaboard, then sold the boatyard and developed their Florida oceanfront inn and spa, which they still own. Though her amateurish writing is laced with dangling modifiers (“After catching our breath, the men carefully maneuvered the refrigerator into the living room”) and clichés (“a maturity beyond his years”), Treworgy has produced an energetic, strangely appealing homage to steady toil in the familiar American tradition of Horatio Alger and Ben Franklin. Industriousness and moxie conquer all: “I was not about to let anyone stand in the way of my goals,” Treworgy writes. With her love of exclamation points and frequent asides about answered prayers and ghostly visits from deceased pets and relatives, her prose reads a bit like a loopy letter from a slightly ditzy but designing and determined niece. She overaccentuates the positive while understating the negative. Her father’s alcoholism and sexual advances need more explanation, as does her apparent forgiveness, indicated by a slightly creepy musical tribute she gave him in his old age that “popped almost all the buttons on his pajamas!”

This modern tale about hard work and faith surmounting all hurdles should inspire readers who believe in the “persistence and prayer” that the author advocates to overcome setbacks.

Ton's Original Song "Take Me Back" Recorded in the mid-80's during the height of her music career.

- Ridgefield, New Jersey - a place where inspiration was in abundance

- Actually, my favorite is an epic poem "The song of Hiawatha" by Longfellow

- This is actually another of my fabulous careers as an Innkeeper - Island Cottage Oceanfront Inn and Spa in Flagler Beach, Florida.

- Ability to experience the world beyond.

- Living every day to its fullest without ever giving up while keeping God in her court at all times.

This cookbook of Mediterranean and American, homestyle-goumet cuisine is flavored with family recipes sprinkled with childhood memories and inspirational quotes which helped shape the author's life.

Writings in the Sand - a memoir

An energetic, strangely appealing homage to steady toil in the familiar American tradition of Horatio Alger and Ben Franklin. Industriousness and moxie conquer all { } This modern tale about hard work and faith surmounting all hurdles should inspire readers who believe in the “persistence and prayer” that the author advocates to overcome setbacks." – Kirkus Reviews
ISBN: 099667960X