“A novel about sex, murder... a wild ride.”
– Kirkus Reviews 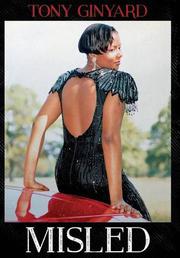 A serial killer, the public shaming of an investigative reporter, and a secret bunker are just some of the spicy ingredients in this thriller.

In Philadelphia, a serial killer is murdering and mutilating preoperative transgender people, leaving each with a single white rose. One detective on the case is murdered; the other, Dennis Edwards, barely survives being thrown out of a window. Popular local TV reporter Pamela Downing looks into the case, although her life is threatened—and then a sex tape starring her airs as she’s receiving a Woman of the Year award. While she looks for answers (and learns she’s pregnant), her friend Bryce Haddaway, a TV producer, remains traumatized after his jealous boyfriend, Chad Singleton, beats and rapes him, putting Bryce in the hospital—and possibly infecting him with HIV. At the hospital, Bryce meets Stephanie, Chad’s pregnant wife, who flees upon seeing Chad. Fred, whose brother Hollis was pressured into airing Pamela’s sex tape, discovers that Hollis has been murdered, leaving him cash, DVDs of information, and keys to a huge fortified bunker. Pamela discovers that her husband, Eric, has cheated on her, impregnating her friend Olivia; Pamela informs Olivia’s husband. Pamela, who has dissociative identity disorder, switches to her alternate personality, Kendra, to investigate a strip club that might hold clues to the transgender murder victims and the sex tape release, and discovers a sinister conspiracy that includes a politician. Ginyard (Beneath the Surface, 2004) wrangles his convoluted plot well, keeping readers oriented to its twists and turns. There’s a nighttime soap-opera feel to his glamorous characters, both racially and sexually diverse, and their sassy, sexy, violent shenanigans. Nearly all of it is just too much to buy, though, with episodes like an escaped mental patient sawing off his doctor’s arm, or Bryce having happy sexual encounters with three different men the same day he’s raped. And the writing can be clumsy, sounding like a personal or real estate ad (“Commanding the top two floors of a residential tower situated between Society Hill and Old City, the unit boasted a pool terrace with an unobstructed 270-degree view of the city”).

A novel about sex, murder, and conspiracy that lacks finesse, but delivers a wild ride.

Be good, or be good at what you do!

My family and friends

Seventeen-year-old Andre Devaux has a secret. All he wants to do is tell it to his family and friends so he can get on with his life. But when Andre discloses that he is gay, it sets off a disturbing chain of events. From Andre's intimidating father to his supportive uncle to his strong-willed new boyfriend, it seems that the people in Andre's life also harbor secrets, some more sinister than he could ever have imagined. As sins of the past collide with hopes and dreams of the future, Andre must sift through all the lies and deceit to get to the truth—or die trying.
Published: March 15, 2004
ISBN: 1587364174