Since retiring as Professor of Pediatrics at Johns Hopkins, Tony (Neil) Holtzman has devoted his career to writing fiction. He has published a short story, and four novels. A fifth, The Bethune Mural, is forthcoming. Online writing courses and an on-campus Advanced Novel Workshop at Stanford University, as well as several writing courses at The Great Courses and participation in writers’ groups in Las Cruces NM and Menlo Park CA have helped hone his writing. From Brooklyn NY, Tony received a BA with High Honors from Swarthmore College, an M.D. from New York University, and an M.P.H. from University of California Berkeley. At Johns Hopkins, he was Director of Genetics and Public Policy Studies, and core faculty of the McKusick-Nathans Institute of Genetic Medicine. His book, Proceed with Caution (Johns Hopkins University Press) examines the implications of DNA analysis on medicine and society. As co-chair of the NIH-Department of Energy Task Force on Genetic Testing, he co-wrote Promoting Safe and Effective Genetic Tests in the United States which lays out criteria for genetic testing in order to reduce diagnostic errors. His short story, The Strange Malady of Alessandro's Uncle (BMJ 2007; 335:1306-07, considers the consequences of faulty genetic research. Over 150 of his papers have been published in peer-reviewed journals. With his wife, Barbara Starfield, University Distinguished Professor at Johns Hopkins, Tony moved from Baltimore to Las Cruces NM in 2002 and from there to Menlo Park CA in 2008. Tony continues to summer at their cottage on Upper Saranac Lake, NY. He is a member of the Board of the Adirondack Center for Writing. Barbara died unexpectedly in 2011 (See Neil A. Holtzman, Chronicle of an Unforetold Death. Arch Int Med. 2012; 172:1174-77.) They have four adult children. 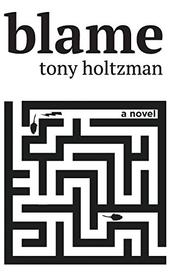 Ten years in the making and an assured departure from the author’s Adirondack Trilogy, Holtzman’s (Forever Wild, 2013, etc.) fourth novel is effectively informed by his former career as a physician and geneticist. The tale opens with the death of Betsy Matthews, an African-American woman who perishes from leukemia as a result of her participation in a clinical trial sponsored by the local esteemed university and a financial backing corporation. The narrative flashes back to when Jason Pearce, the latest young, motivated faculty member of Virginia’s Bates-Bronsted Medical School, became obsessed with bankrolling his reputation for groundbreaking, National Institutes of Health–funded research into “gene regulation.” Personally, Audrey Meacham, an influential (and increasingly pessimistic) member of the collegiate administration, immediately captures his interest both scientifically and romantically. The two are married and have several children while Pearce continues his genetic experimentation. Holtzman cleverly infuses his protagonist with a smooth combination of clinical innovation and energized “path-breaking potential,” yet he also realizes these things require money, which seems to be the initial linchpin of the story. Pearce also exhibits a certain disdain for university politics and the manipulative biotech entities that dangle lucrative incentives above the heads of the medical school’s top scientists. That is, until he receives a timely and tempting offer he cannot refuse: to have his genetic research tied to Alzheimer’s disease fully funded by a venture capitalist firm that believes the scientist could be at the precipice of a groundbreaking discovery in human memory restoration. Once the literary groundwork is laid, the author gets to work amping up the suspense and the danger quotients concerning gene-therapy clinical trial volunteer Matthews, whose eventual fate throws Pearce’s formerly illustrious career and life into a harrowing tailspin of guilt and murderous negligence accusations. 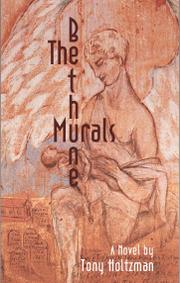 A historical novel explores the relentless hunt for Communists in America in the 1950s.

It is 1953 and FBI agent Larry Crane is sent to the National Institutes of Health. His mission is to investigate Dr. Harold Hungerford, who has not yet signed a loyalty oath. The oath is meant to assure the U.S. government that Hungerford is not a Communist. The physician insists he is not one, though he refuses to sign the document. Crane wants to know whether Hungerford has ever associated with Communists. Hungerford divulges the name of Dr. Norman Bethune, a deceased Canadian physician, thinking that if he is going to give up a name, it might as well be someone who is dead. Bethune, or “Beth” as he was known, had a colorful past that included serving in World War I and tending to poor patients in Detroit. Beth, much like Hungerford, suffered from tuberculosis. Hungerford met him while both were recovering from the disease at a treatment facility in Saranac Lake, New York. Was Beth a Communist during his time there and was he using his influence to foment Soviet propaganda? The story goes on to examine the details of Beth’s stay and the impact his actions had years down the road. As strange as the whole situation might seem, Holtzman’s (Blame, 2016, etc.) book effectively portrays the truly frightening aspects of the Red Scare. Does the federal government really have a right to tell you what to sign and can it ruin your career if you refuse? The narrative raises such concerns, though it is unfocused in places. Not much of interest happens during Beth’s sojourn in Saranac Lake, outside of some tense moments when he receives an experimental treatment to intentionally collapse one of his lungs. An assortment of characters surrounding the facility and details of the dangers of asbestos provide some substance, though it is not until the spotlight returns to Hungerford that the story becomes engrossing. By 1953, Beth (who was a real person) is dead and tuberculosis is on the decline, but what about a man who, in the eyes of the government, is potentially tainted by association?

While it occasionally strays from pressing matters, this tale illuminates a bizarre investigation.

THE STRANGE MALADY OF ALESSANDRO’S UNCLE AND OTHER STORIES

Holtzman, who wrote The Bethune Murals (2018), writes in a pleasingly restrained, surrealist mode in the titular tale, which satirizes how the pharmaceutical industry generates profit by treating even the most benign human foibles. The author’s characters often hope to challenge capitalist structures but are flawed in their pursuit, such as Marvin in “The Umbrella,” who compares himself unfavorably to a hardscrabble acquaintance: “He had…given money to progressive causes, but it was fluff compared to Leslie’s existential involvement with capitalism.” “The Boyfriend” recalls classics such as Gabriel García Márquez’s 1992 story “Sleeping Beauty and the Airplane” in the way its elderly protagonist, Jeff, harbors an unrequited yearning for a younger woman, but Holtzman fails to bring poignancy to its conclusion. “Brahms’ Fourth Symphony” is an engrossing story that occasionally features a lyrical voice, as when Joan, the protagonist, reflects, “Around a curve in the road, my headlights caught the trees laced with snow. How evanescent, I thought sadly. By morning, the wind will have left nothing but skeletal branches.” “A Cascading Failure,” however, is itself one—a concatenating series of unrealistic and apocalyptic predictions linked by a thin, unbelievable plot. Game theory’s intersection with romance is Holtzman’s material in “Only a Game,” a narrative rife with the kinds of entanglements that one typically finds in a campus novel. Throughout the collection, Holtzman flirts with moralism, and he addresses this tendency in the book’s introduction: “Unlike writers who dismiss making points as propaganda, I don’t think it a sin to expose my own beliefs….[I]f they get you angry, that’s great.” One can see this most clearly in “Last Days of Summer” and “See Jane Run”—two uninspiring attempts to address post-2016 political polarization in the United States. Likewise, “A Foot in the Door” is an unnecessary, tone-deaf #MeToo story written from a male abuser’s point of view.

Some of these short forays show real promise while others lamentably veer into the didactic.

Axton Landing a novel (Book One of Adirondack Trilogy)

In the winter of 1858, disease and death stalk the lumberjacks in the logging camp at Axton Landing in the Adirondack Mountains. Facing the harsh conditions, Cyrus Carter and Jared Mason forge a lasting friendship despite disagreeing on how the plight of the jacks can be improved. An unusual love triangle and the kidnapping of a fugitive slave add to the suspense of this action-packed novel.
Published: June 10, 2011
ISBN: 9780998489308

In 1953, the FBI investigates a complaint that the Trudeau Sanatorium and its Laboratories is a hotbed of communism stemming back to 1927 when Dr. Norman Bethune was a patient at the Sanatorium. Bethune drew a series of murals along the walls of the cure cottage in which he stayed. Harold Hungerford, a prominent medical scientist who was one of Bethune’s cottage-mates at the Sanatorium, and Emily Steele, the wife of a scientist working at Trudeau since 1927, are caught up in the investigation. Hungerford refuses to sign a loyalty oath required of Government employees. Before she was married, Emily modeled for one of the figures in Bethune’s murals. Shortly after the investigation gets under way, Emily commits suicide. The events converge on hearings before the U.S. Congress House Un-American Activities Committee on Communist infiltration of the Trudeau Foundation which operates the sanatorium. The hearings focus on whether the murals indicate that Bethune was a Communist when he drew them in 1927. By the time of the hearings, the original murals are in bad shape, but a commentary written by Bethune in 1932 and early photographs, dug up shortly before the hearings, provide an answer. Hungerford and two other are cited for contempt by the Committee. A few weeks after the hearings, Hungerford undertakes a fateful climb of Mt. Marcy, the highest mountain in New York State. The Trudeau Foundation weathers the political storm, emerging as a research institute in the 1960s.

The Railroad a novel (Book Two of Adirondack Trilogy)

The Carter family and others from Axton Landing (Book One) enter a new phase as the railroad advances inexorably across the Adirondacks in the 1880s, further destroying forests as it transforms the way logging is done. Tragedy lurks as the Carters grapple with improving their own lives and the lives of those around them.