Pilot, spacecraft navigator, author: Tony Taylor flew fighters in the Air Force and later navigated NASA spacecraft to all eight planets of the solar system. As insurance, in case Pluto is promoted again, he added that one in 2015 as a member of the New Horizons Navigation Team.

His first novel, Counters, drew on air combat experiences in Vietnam. The second, The Darkest Side of Saturn, reflects many of his NASA experiences and won several honors, including First Place for Commercial Fiction in the 2016 Eric Hoffer Book Awards and Book of the Year in the 2015 Arizona Literary Contest. Counters won an Honorable Mention in the Hoffer Awards, and both books made the Short List for Grand Prize in the same contest.

Tony lives with his wife Jan in Sedona, Arizona. He may not be the only interplanetary navigator in Sedona, land of vortices and UFO enthusiasts, but he’s probably the only one who actually worked for NASA 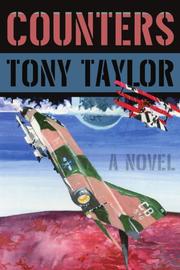 In Taylor’s debut novel, the skies over Vietnam become a rite of passage for an American soldier.

Quiet and impressionable, 24-year-old Steve Mylder volunteers for a tour in Vietnam after graduating from the Colorado Air Force Academy and serving six months in a squadron in England. With little world knowledge beyond his Arizona youth and officer’s training, Steve comes of age in the midst of military life at Danang Air Base. The young lieutenant’s aircraft is an F-4C Phantom II, “a two-pilot plane with an aircraft commander in the front seat to do most of the flying and a pilot in the backseat to do almost everything except pilot. Steve was in the back.” Most of his buddies’ life goals amount to flying a tour over Vietnam–consisting of 100 counters, or missions–and returning for a second tour to become a front-seater. Others are more ambitious, like Mike Ross, Steve’s bunkmate, who dreams of becoming a U.S. senator, or wild man Avery Aughton, a future chief of staff who falls madly in love with a Vietnamese beauty who he spots while flying 50 feet overhead. The protagonist’s only future goal is getting out of Vietnam alive. Adhering to age-old superstitions, his lucky charm for survival is newly grown peach fuzz, an “invisible protomustache.” Mission after mission, Steve checks off his counters, spending nights submerged in poker and hijinks with his friends at the DOOM club bar, surviving rocket attacks on Danang and penning dispatches as a war correspondent for his hometown newspaper. Author Taylor, a veteran of Danang, brings personal authenticity to this fictional account of Vietnam air combat. From soldier’s soldier Col. Sanger to Maj. Scott, who makes the life-or-death decisions around here,” and sub-Lt. Sam, the base’s collie mascot, the book is studded with rich, often juxtaposing characters that touch on philosophical questions of war. There’s a vivid contrast between swaggering language and graceful, even prose, which is underscored with deep internal subtext. The author brings a balanced and original perspective to a genre too often dominated by the action.

An honest, engaging tale of living through war. 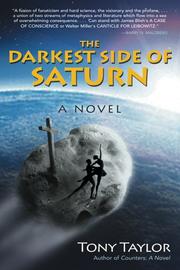 THE DARKEST SIDE OF SATURN

An engineer and his co-worker discover an asteroid in Taylor’s (Counters, 2008)second novel.

Harris Mitchel is employed by Advanced Technology Laboratory along with French-Asian Diana Muse-Jones. Each is married, perhaps unfortunately, to someone else—Harris to Jennifer, Diana to Stewart. For now, though, they deny their mutual attraction. One night at the lab, Harris and Diana detect an asteroid, which they name “Baby,” but in a rush to report it, they’re jailed for breaking and entering into a lodge. Initially, it seems that Baby isn’t a threat to Earth, but calculations were skewed by a system error. Since Baby may indeed hit the planet, Harris feels he must get the word out. Doing so, he crosses paths with the Rev. Dr. Ernest Farnsworth of the Church of the Righteous Path, who views Harris’ pursuits as anti-God; radio personality and talkshow host James Conland, who orchestrates an on-air debate between Harris and Ernest; and a commune of eclectic individuals enthralled by Harris’ findings. Jennifer’s wealthy father, Ronald Stevens, attempts to make a buck by investing in technology to alter Baby’s path, and volatile Dick Fowler, Ernest’s devotee, plots to silence Harris. This novel is many things: a satire; a romance; a disaster epic; a treatise on science, religion, bureaucracy and hysteria; a coming-of-age tale; a meditation on messianic savior versus unbalanced fanatic; and the story of man’s obsession with space, alternate realities and doomsday prophecies. Characters are sometimes taken to the limits of absurdity, but they’re not caricatures. However, since the setting and plot direction aren’t exactly clear at the outset, the narrative is impededby the very question that intrigues Harris: “Where are we?” or, perhaps more pointedly, where are we going? Some passages, though clever (e.g., verbatim radio commercials), add unnecessary payload to an already weighty rocket. Throughout, there are synchronicities and deeply engaging scenes, including, in a flashback, Harris’ epiphany in youthas he ponders humanity’s place in the universe. Around the time of an intense coupling (à la Moonlighting’s David and Maddie), there’s liftoff, and from that vaulted perspective comes a glimpse at last of the expansive brilliance of it all.

A wild ride bogged down in the beginning but mind-boggling at the end.

Space, evolution, and the meaning of the universe (in no particular order)

THE DARKEST SIDE OF SATURN: Arizona Literary Contest Book of the Year, 2015

THE DARKEST SIDE OF SATURN: Arizona Literary Contest First Place for Published Fiction, 2015

THE DARKEST SIDE OF SATURN: Books and Author Books of the Year Awards Winner for Science Fiction, 2015