Zanoyan has served as global energy consultant to numerous international and national oil companies, banks, and other private and public organizations throughout the United States, Europe, the Middle East, the Far East and Latin America. He has also served as a senior economic and oil policy advisor to many oil producing governments. He was President and CEO of PFC Energy for ten years, based in Washington, DC; the Chairman and Chief Executive of PFC Energy International, in Lausanne, Switzerland; and the founding Chief Executive Officer of First Energy Bank, based in Bahrain. He has also founded and ran several consulting services at Wharton Econometric Consulting Associates.

He has published two volumes of poetry in Armenian, (2010 and 2011); and three novels in English, A Place Far Away (2013) and The Doves of Ohanavank (2014), both of which were inspired by a chance meeting with a very young victim of sex trafficking, and The Sacred Sands (2016).

Zanoyan was educated at The American University in Beirut and at the University of Pennsylvania. He loves to travel, read, write, drink good wine, and supports several humanitarian causes, primarily aimed at stopping human trafficking and supporting victims of sex trafficking and domestic violence.

“...the story is relentlessly paced and brimming with historical insight.”
– Kirkus Reviews 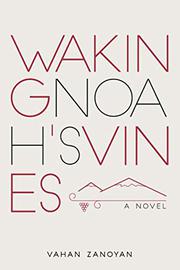 A tale of murder and organized crime revolves around the blooming of the Armenian wine industry following the nation’s independence from Soviet rule.

Armenia boasts a rich tradition of winemaking that stretches back 6,000 years, but it was ingloriously interrupted by the depredations of Soviet despotism. In this novel, two close friends and wine aficionados—Haig Koleyan and Van Dorian—are committed to reviving the long dormant industry, a devotion expressed with defiant enthusiasm by Haig: “The Soviets turned everyone’s life upside down, but they couldn’t change geography. Neither Marx nor Lenin nor Stalin could take away our terroir!” Haig leaves Italy, where he made his mark as a winemaker, for Yerevan. He starts his own business, Vinoma Consulting, and becomes a prestigious producer of well-regarded wines. Dorian opens The Realm, the “most popular wine bar in the city,” a place where “he could develop his theories about wine and human emotions.” After being rudely visited by a Russian—a “nasty character” who demands inordinately large orders for a mysterious client—Haig suspects a conspiracy on the part of the Russian mob to fraudulently dilute and resell his finest wine. Zanoyan conjures an enchanting combination of the transcendently beautiful and barbarous. After Sergei Petyan, the associate of a successful but morally dubious Russian wine merchant, is murdered, and Isabelle Karayan, a former employee of Haig, is brutally beaten up, wine entrepreneur Aram Almayan, uses his police connections to investigate. The author’s ardor for wine is unmistakable and his knowledge impressively prodigious. In addition, he weaves discussions of wine into every crevice of human affairs—at one point, Dorian wonders what kind of wine would pair well with one’s “disillusionment with justice.” Further, Zanoyan paints a vivid tableau of Armenia in the wake of Soviet oppression, both the humiliation suffered under it and the exhilarating hope after. The novel will intoxicate readers with its rare mix of historical astuteness, literary skill, and well-crafted drama.

A delightful fictional blend of history, suspense, and a love of wine. 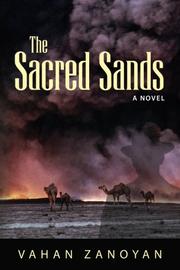 A historical thriller about the turbulent politics of the Middle East and the oil industry.

As the war between Iraq and Iran finally comes to a close in the late 1980s, the region braces itself for a seismic shift of the old order. Iran is increasingly isolated, and a victorious Iraq is brokering a nonaggression pact with Saudi Arabia—a maneuver meant to contain whatever threat Iraq might pose to the OPEC oil cartel. Meanwhile, a secret supranational group that calls itself “The Symposium” works behind the scenes to protect the Persian Gulf area from political excesses and attempts to orchestrate the overthrow of King Fahd of Saudi Arabia. However, Israeli intelligence uncovers their existence, and Iraqi leader Saddam Hussein soon funnels that information to Fahd. At the heart of the chaos is Jim Blackburn, an American energy consultant with strong ties to the intelligence community, as his father worked for the CIA. He tries to disentangle the skein of Middle Eastern political alliances for his clients, but he realizes that he’s stumbled onto information of geopolitical significance when The Symposium takes him into their confidence. The global situation is further complicated when a consortia of public and private Japanese interests attempts to assert itself within the international oil industry. Author Zanoyan (The Doves of Ohanavank, 2014, etc.) was once a global energy consultant, like his protagonist, and his deep knowledge of the sector’s economics and Middle Eastern politics is breathtaking. For example, readers learn, through Jim’s gimlet-eyed wisdom, that any economic contest over petroleum is always much more that it seems: “It is a game to gain dominance over each other,” says Jim at one point. “It is a game to become economically more powerful—more powerful than not only our adversaries, but also our allies.” But although the story is relentlessly paced and brimming with historical insight, it’s also exasperatingly complex, and some readers will find the long dialogue exchanges about economic theory to be exhausting. Zanoyan does provide some respite with Jim’s romantic exploits, though, which are impressive and artfully chronicled. Overall, this will undoubtedly be a feast for anyone who’s hungry for knowledge about the Middle East, even though it sometimes feels less like a novel than it does an academic primer.

An exceptionally erudite, if sometimes textbooklike, portrait of a key point in a region’s history. 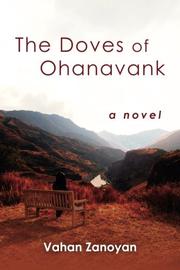 In this novel, the sequel to Zanoyan’s A Place Far Away (2013), a former prostitute returns to Armenia to re-establish her life and fight against the oligarchs who trafficked her.
After escaping from forced prostitution, 18-year-old Lara Galian wants to move on with her life. She can’t. Along with Edik, an expatriate Armenian journalist, she gets involved again with the criminal family that abducted her. Readers see more of the Eastern European crime world than Lara does thanks to a narrative point of view that changes for each chapter; fortunately, the plot races along, propelled by the self-destructive nature of oligarchs vying to seize control of an illegal enterprise. Zanoyan deals plausibly with Lara’s emotions as she readjusts to life in Armenia and freedom, particularly in the evolution of her relationship with Ahmed, the Dubai aristocrat who bought her as a concubine but won her sympathy through his relatively kind treatment. Additionally, the narrative becomes a sharply evocative portrayal of rural Armenia, from the descriptions of “traditional yoghurt soup with wheat and mint” and the Galian family’s two-room house to the sweeping views from Edik’s mountain retreat. The prose is weaker, however, in awkward phrases—“using the catchall local phrase meaning, depending on context, ‘okay, fine’ or ‘fine, that’s enough’ or ‘okay, I get it’ or any number of similar expressions”—that pop up frequently but not often enough to detract from the page-turning narrative. The novel’s ending manages to be both satisfying and believable, with loose ends resolved and a sense of justice though without the impression that Lara’s world is suddenly safe. Those who haven’t read A Place Far Away may find themselves looking for more detailed explanations of several events that are often referenced here, but on the whole, newcomers will be able to follow and enjoy the sequel without having read the original.

A thoughtful novel that effectively combines a thriller’s pace with a ripped-from-the-headlines topic. 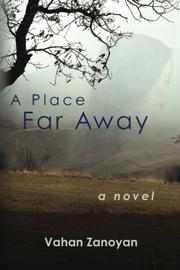 A PLACE FAR AWAY

In his debut novel, Zanoyan illuminates the seedy world of sex trafficking in the newly independent states of the former USSR.

In and around Armenia, two world wars and decades of Soviet rule haven’t been kind to the inhabitants. The same corrupt officials still rule, albeit under a newly democratized government. Freedom and justice are concepts bandied about by politicians but rarely enacted. One day, a parochial oligarch who’s recruiting local girls for his sex trade approaches Samvel Galian, offering him a handsome sum of cash and the promise of work for his daughter as a model in Greece. Though a poor peasant, Samvel isn’t stupid; he politely declines the offer. But shortly thereafter, Samvel turns up dead. After his death is conveniently ruled an accident, his grieving widow accepts the offer she can no longer refuse: Her beautiful 16-year-old daughter will become a prostitute. With his deft handling of personalities and the atmosphere of village life, Zanoyan gives depth to the narrative while individualizing his characters as the community exerts incredible effort to protect one of its own. Some of the Armenian and Russian people and places may be difficult for English speakers to distinguish, but the imagery can instill a real sense of terror, like the sight of treacherous roads, where a lapse in concentration might result in tumbling down the mountainside. Portrayals of village life are similarly vivid; icy wind blows a cold chill, and a damp, earthy smell wafts over from the farm animals that freely roam the streets.

The rarely discussed subject matter from a seldom-seen part of the world makes for a compelling storyline, and the strong-willed, seemingly forgotten people help set it apart.