Valerie Ann Bruce is caregiver to an adult daughter. She lives in South Dakota with her husband, Steve, and three grown children, Jeff, Jana, and Sarah. While portions of her story are ordinary in scope, some of it isn't. It's about mysterious beauty, environmental insult, leaving California for South Dakota, improbable onus, mountaintop success, psychotic devastation, and the miracle of a place without "stupid talking public address systems." Extraordinary events convey actions of mere men and women who were occasionally fashioned like superheroes. Most are given acknowledgement in the telling, but some remain steadfastly between every line. The story sometimes feels like Rain Man went out of his way to meet Forest Gump, only so they could challenge society's ideals. Meanwhile, Thor also got involved.

As one who fought alongside for the good of Sarah, Dr. Lloyd A. Wells lends support in acknowledging accurate event descriptions.

Valerie would like to visit with groups in her region who have an interest in her story and what to do next for those in need of full time assistance.

“Bruce's writing is full of candor, as if she is having a conversation with a friend, which even makes her tendency to ramble charming. A poetic, sad and funny true story about a mother who's willing to do anything to help her child.”
– Kirkus Reviews 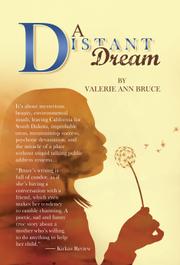 A moving memoir of a family’s journey into autism.

Bruce says that she uses writing as a way to cope. But these days, she does so with someone standing over her shoulder: her 20-year-old daughter, Sarah. In a prologue, the author explains that this memoir—about Sarah’s descent into autism and a period of disturbing psychosis—does have a somewhat happy ending, and that she hopes that this will help readers endure its painful moments. From birth, Sarah was a different child: at 3 weeks of age, she had a rare digestive disorder that prevented her from eating properly. Later, as a young child, she never talked but only laughed; she was also extremely sensitive to noise. Bruce initially figured that her daughter was simply developing slower than her two siblings; however, when Sarah was 3, a doctor diagnosed her with autism. The author writes, however, that the diagnosis “meant so very little as far as an actual answer.” Speechless at first, the author tried to find comfort in the words of academics, but this proved frustrating, as the literature only focused on higher-functioning autistic children. Sarah’s childhood brought highs and lows, including a brief period of success with home schooling, some attendance at public school (with kind teachers), and some times when the noise just became too much. Bruce effectively relates her family’s anguish and confusion as they battled doctors over the years. Her choice to provide snapshots of the present day along with longer flashbacks, starting from the 1990s, is an effective one, as is her inclusion of emails from when Sarah was at her worst—talking to imaginary people, hitting others, screaming. The book’s smaller details, however, show that life’s challenges can also bring joy, such as the pleasure Sarah feels today while watching food cook in the oven, “like it’s a great television show.” Bruce’s writing is full of candor, as if she’s having a conversation with a friend, which even makes her tendency to ramble charming.

A poetic, sad and funny true story about a mother who’s willing to do anything to help her child.