Victor Altshul has been a practicing psychiatrist in New Haven, Connecticut for fifty years. He is Associate Clinical Professor of Psychiatry at Yale University School of Medicine and has authored a number of papers and book chapters in his field. As a runner he is a veteran of twenty marathons; and as a rower, of twenty Head of the Charles Regattas. He is also an opera singer, having sung the roles of Benoit and Alcindoro in "La Boheme", and of the Bonze in "Madama Butterfly". His previous book of poetry, "Stumblings", was published in 2013. He and his wife Laura, also a published poet, have seven children and ten grandchildren between them. They live in New Haven, Connecticut.

“Readers who enjoy the work of Robert Frost will find much to enjoy in Altshul's work, as they have several points in common... However, Altshul leavens his work with a frankness about sex that Frost couldn't get away with, and he often uses precisely placed profanity and a quick, gentle wit that always points back to himself as a figure of fun.”
– Kirkus Reviews 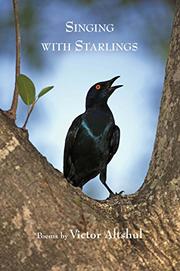 Altshul (Stumblings, 2013) brings a gentle wit and a multifaceted view of human existence to his second poetry book.

As the title indicates, one of the throughlines of this collection is the observation of nature—an earthy, figurative framework that gives the poems a common theme. The linked concepts of mortality, memory, sex, and cycles of death and rebirth run strongly through every poem, including those that borrow language from other fields, such as “Vodka Blues,” a rueful examination of a martini gone wrong. These topics give the collection an overarching viewpoint—that of a man reviewing his life. Despite a handful of poignant regrets (as in the affecting “Entreaty,” which keenly portrays his inadvertent role in the killing of a horse), the narrator appears to find the sum of his life to be on the positive side of the ledger. Readers who enjoy the work of Robert Frost—who’s quoted at the opening of this slim compilation—will find much to enjoy in Altshul’s work, as they have several points in common, including the recurrent stanza structure, the use of natural imagery, and the New England setting. However, Altshul leavens his work with a frankness about sex that Frost couldn’t get away with, and he often uses precisely placed profanity and a quick, gentle wit that always points back to himself as a figure of fun. “Patience,” for example, shows the narrator preening over his erudition while getting his facts wrong, and “Samarra, the Sequel” demonstrates how being helpful to the Grim Reaper can backfire. Warmly humanistic without wallowing in sentiment, wise without being world-weary, and readily tipping his authorial hat to his influences (including John Donne and Wallace Stevens), Altshul celebrates life by acknowledging its inevitable end.

Readers who appreciate a warm poetic voice would do well to dive into Altshul’s quick-witted, gregarious work. 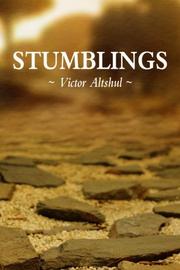 A sensitive, precise and moving first offering from a poet of real promise.

For 50 years, Altshul has practiced psychiatry in New Haven, Conn., and now, in the autumn of his life, he’s published his first book of poetry. If he’s half as good a therapist as he is a poet, he must have some extremely healthy patients, for this is as accomplished a debut collection as readers are likely to find. He is, as he calls his old friend Charlie, “the real deal,” and in his verse, he does what Charlie does: “he’d never use a second syllable / where one would do.” Like all good poets, Altshul knows that words are valuable and ought to be spent wisely, and he brings this standard of care to topics both high-flown and mundane. In “Wotan,” a tongue-in-cheek ode to a character from Richard Wagner’s operatic Ring cycle, he reflects on the god’s vexed relationship with his daughter while also exploring the nature of parenthood: “Maybe we are / all a bit better than those who bore us. / I like to think that I exceed / my progenitors in goodness, / as bad as you are, I have no doubt / that you are better than your creator, / but that’s not saying all that much.” There’s so much for readers to enjoy here, from the unpretentious alliteration in the second line—bit, better, bore—to the light-touch critique of Wagner himself (Wotan’s “creator”) later on. Refusing to wax bombastic, Altshul trusts his readers to know, or discover, that Wagner was an anti-Semite and a hero to Hitler. He also addresses smaller, domestic topics with equal skill and grace, as in “Standpipe,” a capable piece of observation that turns a drainage tube into a metaphor for missed communications: “The standpipe is merciless, taunting. / We are listening carefully to each other, / but we cannot seem to agree on the water level, / on what is standpipe, what reflection.”

A mature poetic effort from a sure-handed rookie.