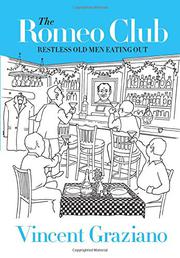 Friends hatch a daring rescue scheme for their compulsive-gambler buddy in this comedic thriller.

At Johnny Paradise’s Italian Restaurant in Inlet Cove, New York, three friends in their mid-60s—whom Johnny dubs “The Romeo Club; Restless Old Men Eating Out”—regularly meet for huge meals, plenty of wine, and shared laughter. The threesome consists of Frankie Grace, a funeral director; Dr. Claudio Odelli, a general practitioner nicknamed Cardio; and real estate developer Tim Collins. Despite their 30-year friendship, Tim has managed to keep his severe gambling problem hidden from the others, his losses covered so far by financial crimes, maxed-out credit cards, and loans from the Albanian, Chinese, Russian, and Italian mobs. Disastrous Super Bowl bets and impending bankruptcy put him in a hopeless situation that Reno Amore, a senior investigator for the FBI, hopes to profit from. He’s no slouch; “the notches on his shield added up to a Who’s Who of mafia crime bosses.” Amore demands that Tim wear a wire, gather evidence, and testify on the stand against his crime world creditors. When bullets smash through the front window of Paradise’s Italian Restaurant, no one is killed. Most think that Mafia captain Sam Napoli was the target, but in fact the shooting is a message to Tim from the Albanians. In despair, Tim confesses the truth to his friends, moaning, “I wish I were dead. I’m worth more dead than alive, anyway. It’s the only way out.” With Johnny and Nino, his Italian nephew, Frankie and Cardio devise a cunning plan: They will use their skills and connections to convincingly fake Tim’s death and get him a new identity. In the process, Frankie and Cardio also prepare for life changes, but first, they’ll have to pull off an elaborate charade to fool the four mobs as well as the canny Amore.

In his third novel, Graziano tells a story whose snowballing complications will keep readers so engrossed in the friends’ efforts that it’s easy to forget how little Tim deserves them. They immediately turn their focus from Tim’s lies, omissions, and misdeeds to strategizing ways to help, showing they’re more than Johnny’s description of them as “the most juvenile, unruly group you will ever meet.” In the way of all heist tales, readers, too, will focus sympathy on the conspirators’ cleverness, such that despite Amore’s smarts and persistence, it’s fun to see him duped. The author writes well about his settings, as when richly evoking wrong-side-of-the-tracks Westchester County: “The neighborhood consisted of light-manufacturing plants, sprinkled among illegal three-family homes with worn vinyl siding and aluminum gutters tearing away from the fascia.” Similarly, Graziano draws on his experience as a licensed funeral director to supply the authentic details of what it would actually take to successfully stage a death, from obtaining a substitute corpse to delivering a brilliantly plausible explanation for why the ashes aren’t available for DNA study.

A hilarious take on the caper novel that gains depth from the characters’ affectionate bonds. 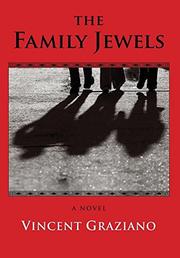 In Graziano’s (Die Laughing, 2009) thriller, two brothers who severed their mob ties years ago return to their Manhattan home and become embroiled in the gangster life once again.

Thirty years ago, Tommy Rossini was an enforcer for wiseguy Pauly Fazzula. But when the stress of the job literally gave Tommy a heart attack, Pauly approved his “medical leave” from the Mafia. Tommy becomes a successful businessman in Arizona until he loses everything as one of the many victims of fraudster Bernie Madoff. Meanwhile, his older brother, Jake, married Pauly’s daughter, Bernadette, but later, he gave up all of this mob-associated wealth when he decided to divorce her. He then left New York City and had a string of failed business ventures. Now Jake and Tommy have no choice but to go home to their Parkinson’s disease–ridden mother, Maddie, and her caregiver, Dory. Tommy reluctantly starts working for Pauly again to earn some money, but Jake smartly stays hidden away from the mob boss. Around the same time, Detective Santo Olivetti of the New York City Police Department is investigating the murder of Monsignor Matthew Burns of the Church of the Most Precious Blood. He’s already connected Burns to organized-crime families, and he also has a witness—a priest named Bryce Gleason who may have seen the killer. Soon the priest’s life intersects with Tommy’s, and someone is destined to wind up dead. The Rossinis, with help from their youngest brother, Looney (who never left New York), must devise a plan for dealing with Pauly. Despite a plot that revolves around the mob, Graziano’s tale is surprisingly lighthearted. Violence is mostly implied, and the narrative is largely free of profanity—at least, compared to other gangland novels. This doesn’t diminish the impact of Pauly as a villain, however. His power is without question, and it’s clear that anyone who crosses him will likely die. That said, the author imbues the story with humor, particularly in scenes with the Rossini family. One highlight is Maddie; for instance, when Tommy is upset that Jake would have sex with a woman under their mother’s roof, Jake reminds him that she can’t hear anything. “Right,” Maddie agrees, a good distance away. “I can’t hear anything.” On the romance front, Tommy reconnects with Maria Forzano, a woman whom he left behind when he escaped the mob. Their relationship is convincing as they struggle with burdens—namely, that Pauly seems to have targeted her family-owned shop. Graziano’s no-frills prose provides the plot with a steady tempo. But it also offers lingering moments, as when Tommy walks through his old neighborhood: “On the sidewalks, white-apron-clad vendors hawked fruits and vegetables; and behind the windows of the same shops with sawdust-covered floors, old-fashioned butchers boned legs of veal and wielded scaloppine hammers.” The killer’s identity is apparent rather quickly. Nonetheless, the novel is fraught with tension, as the inevitable showdown with Fazzula could turn out any number of ways.

A Mafia tale with good characterization and well-placed comedy.