Vivek Sardana is an electrical engineer and marketing specialist who has spent more than twenty years battling inflammatory bowel disease. Born and raised in India, Sardana earned a bachelor’s degree in electronics and communications from the National Institute of Technology, Tiruchirappalli. Later, he moved to the United States to attend Southern Illinois University, where he graduated with a master’s of science degree in electrical engineering.

Sardana currently lives in San Jose, California, with his wife and two daughters. He has fought and overcome years of chronic pain and disability, five major surgeries, and bouts of depression. Sardana, now enjoys providing hope and insight to others suffering similar afflictions.

“Reflecting on his own hopeful prognosis, his text offers compassionate understanding, personal coping mechanisms, and well-coordinated comfort to other “comrades” with a core message of hope, survival, and coexistence with the intimidating condition.”
– Kirkus Reviews 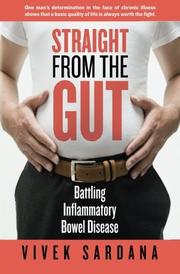 Straight from the Gut

A harrowing journey into and out of colonic disease.

California-based electrical engineer and marketing specialist Sardana’s grueling, 20-year odyssey battling chronic inflammatory bowel disease (IBD) began when the author first had intestinal discomfort and rectal bleeding during the summer of 1990. A series of exploratory examinations revealed ulcerative colitis as the culprit, which is a principal component of IBD, an involuntary, autoimmune response to pathogens present in the gut. Medications helped, but the inflammation became a chronic condition, as did his yo-yoing weight and mood swings. Raised in India, Sardana describes many Indian traditions throughout the book, including food and social customs and marital rites, though his battle with IBD remains the centerpiece as he describes his relentless worsening condition, leading to the successful excision of his colon and rectum. After the birth of his two children, however, Crohn’s disease emerged, and its ensuing complications ushered in a new host of associative troubles such as depression, insomnia, and diabetes, all of which the author controlled with more than 30 daily medications. He comprehensively describes surgeries with intricate narration, figure drawings, and postoperative photographic imagery, which may prove too graphic for sensitive readers. Also included is the preoperative and postoperative play-by-play from his experiences with the incapacitating illness alongside an exploration of alternative healing therapies, such as meditation, yoga, and acupuncture, which boosted his severely deteriorated quality of life as the ordeal progressed yet eventually became manageable. Reflecting on his own hopeful prognosis, his text offers compassionate understanding, personal coping mechanisms, and well-coordinated comfort to other “comrades” with a core message of hope, survival, and coexistence with the intimidating condition. Sardana remains a surprisingly grounded narrator throughout his two-decade ordeal, reflecting that “there is nothing like a full-blown medical crisis to make you fully alive to the precariousness of your existence.” A reliable spokesman and treatment advocate for the disease, his current proactive awareness campaign includes a website and personal appearances.

A satisfying, informative memoir of the perseverance and bravery necessary to survive a painful illness.