Vlad Bunea is the author of seven books of fiction. His interests cover absurd realism, speculative literary fiction, science fiction and satire. He has studied Economics, Computer Science, and Creative Writing. He is a Fellow with the Life Management Institute, Financial Services Institute and the Secure Retirement Institute. Books: Hyperworld_01 Awakening The Intimate Diary of Pope Francis the Second – Kirkus reviewed The Urban Dictionary of Very Late Capitalism A Snowstorm in Cuba House of Geniuses Gals, Gods, Guns Womb Town – Kirkus reviewed He lives in Toronto with his wife, Oana, whom he met in primary school.

“An ambitious philosophical novel about a transformative pope.”
– Kirkus Reviews 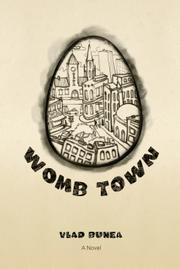 A young hero living in a bizarre town encounters a suspicious ice cream vendor in this eccentric literary novel.

“My name is Tim Tolstoy,” the reader is told, by way of introducing the protagonist at the outset of this meandering journey by Bunea (A Snowstorm in Cuba, 2015). Tim, whose mother teaches history and whose father has died violently, lives in a community of vague size and diversity. Host to a mosque, a synagogue, a church, an aquarium, a golf club, a mine, and characters with names like The Quiet Boy, the place seems open to just about anything. Investigating the ice cream seller with a girl named Iris, Tim and his fellow townspeople have a lot to uncover. (Referring to the local mine, Iris explains, “Tim thinks the ice cream man buries human bodies there.”) You never quite know what is going to happen next in this novel, which unfolds in short chapters with ostentatious names like “Post-relativistic clash of absolutes.” Whatever occurs is likely to involve portions of matter-of-fact information (“The harmonics are produced by collisions of the vocal folds with themselves and by recirculation of some of the air back through the trachea”) and dreamy sentiments (“All major events have a secret observer behind an eyeglass of vigilance or ignorance or coincidence”). At its best, when pursuing this Hardy Boys–esque storyline to absurd ends, the book is a lot of fun. The thrills do, however, come with heavy doses of postmodern techniques, like stream of consciousness, crossed-out text, and wordplay (Chapter 12 is entitled “The violin lesson violently lessens”). Whether these aspects come across as gimmicky or creative depends on readers’ tolerance for such fare. This, in addition to an interest in a story that combines kids who investigate crimes on their bicycles with discussions on the paradoxes of love, will greatly determine readers’ enjoyment of the novel. 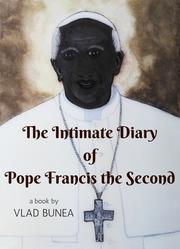 THE INTIMATE DIARY OF POPE FRANCIS THE SECOND

This book purports to contain the diary entries of Enyi Chebea, or as he will be known to history, Pope Francis II. Born in Nigeria sometime in the 1990s, he’s elected to the Throne of Saint Peter on his 50th birthday, the first black African ever to hold the office. His colleagues in the College of Cardinals think that they know him, but, as his diary proves, Chebea actually keeps many secrets: “they know nothing about the darkness of my mind, how it haunts me at the peak of my prostrations, and they know nothing about you, my beloved angel!” The angel he’s addressing is an earthly one: Nwanne Yinkaso, a man whom he met while in the seminary who remains his lover and closest confidant. Modeling his diary on the structure of the book of Ecclesiastes, Chebea muses on the proper ways to live one’s life as he chronicles his first actions as pope, instituting reforms that he believes are long overdue—including church payment of taxes, priesthood for women, and the recognition of same-sex unions. He must be careful not to say or do too much too quickly, however, lest he reveal the supposed “heresies” that have taken root in his heart. Bunea’s prose is impassioned yet analytical throughout this novel, and he effectively captures the voice that one would expect from a conflicted young pontiff: “I wish I knew more today about the world of tomorrow. Is this not the dream of any man, simple or in high office? To know what has not happened yet, so he could have a better life today?” The plot moves slowly, however, and at more than 400 pages, the novel is perhaps longer than it should be. That said, Bunea does dig deeply into issues of faith, doubt, and how to do good—all in a way that’s ultimately invigorating.

An ambitious philosophical novel about a transformative pope.