Born in London, Vic Tanner Davy now lives in the Channel Islands. When not working in an office crunching numbers, Vic is a writer of L.G.B.T. and historical fiction. Vic has been a writer and amateur historian for decades, with a special interest in British history between the wars, and the German occupation of the Channel Islands (1940-1945). Vic’s first novel, Black Art, is a thriller featuring Arty Shaw, the world’s first female-to-male transgender genealogist/detective. It was named one of Kirkus Reviews’ top 100 books of 2012.

Vic’s writing also examines issues of gender and sexuality, an area in which Vic is interested, being transgendered. Vic’s second novel, A Very Civil Wedding, is a lesbian romance that examines the issues surrounding same-sex marriage.

Vic has an M.B.A. from the University of Durham and is a member of the Institute of Fundraising.

“An extremely satisfying read, as thrilling as it is humane.”
– Kirkus Reviews

Davy’s second novel (Black Art, 2012) explores the very public implications of a same-sex marriage in a contemporary procedural drama about Britain and the royal family.

Prospective marriages always spark questions of etiquette and differences in beliefs and backgrounds, but what if one of the parties in the union is both in line to be the queen of England and a lesbian? The action opens with the Archbishop of Canterbury, the senior cleric of the Church of England, preparing his remarks for a “G.L.B.T. Christian Fellowship” lunch. Clearly sympathetic with the marriage-equality movement, he’s delighted to learn that the queen’s eldest grandchild, Princess Alexandra of Wales, is about to announce her engagement to Royal Navy Lt. Cmdr. Grace Stephens. Although the novel’s queen appears to be about the same vintage as the real one, all of the characters are obviously fictionalized versions. For both brides, the families pose no obstacles. Like the archbishop, they are all overwhelmingly positive about the future marriage. Princess Alexandra’s mother formed an organization to support LGBT members of Britain’s armed forces; Grace’s brother fully participates in numerous wedding-planning sessions while his sister serves in Afghanistan. Even a majority of the country applauds the upcoming royal wedding featuring two brides. But the Church of England, which Princess Alexandra will one day head if she becomes queen, will not sanction a same-sex marriage. And in a legal quandary, the queen is obligated to approve the future royal’s choice of spouse, assuming that he or she will provide half the genetic material for the heir to the throne. These two women will select a third person to create a future king or queen. Will the queen then approve the donor? Certain British citizens are not sanguine about this marriage at all, and some form groups to protest the occasion. The author writes confidently with an insider’s grasp of the abstruse conventions of the Church of England, the royal family and British politics. These nuanced explanations, however, leave too little time for more complete character development and dramatic tension. Much of the narrative centers on bureaucratic proceedings—meetings and interviews—leaving all the heart-pounding action to the very end.

Not all princesses seek handsome princes in fairy tales; sometimes they want to wed valiant and beautiful women as in this twist on the happily-ever-after tale. 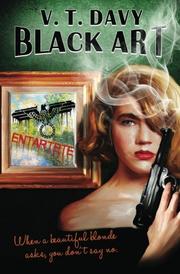 Arty Shaw, a genealogist working for a television show called Roots that uncovers the family histories of celebrities, is no stranger to delving through family trees and old records to piece together the truth in a person’s past. He gets more than he bargained for, however, when tasked with helping Helen Valentine, a luminary of the London stage, discover why her grandmother seemed to abandon her mother in the 1940s. For some reason, though, a few dangerous people don’t want him to reveal the truth to the world. Meanwhile, Helen becomes cagey when Arty repeatedly confronts her with questions about why it’s all of a sudden so important for her to learn whether her grandmother had run away or been sent to a concentration camp by Nazis. Davy, in his debut, spins an engrossing mystery that shines a light on a lesser-known aspect of World War II history. The straightforward story allows the reader to follow Arty’s process every step of the way—reminiscent of Josephine Tey’s The Daughter of Time (2011)—which grants the story authenticity and humanity. Arty’s examination of Helen’s family history comes to parallel his coping with his own past while dovetailing elegantly with the novel’s Holocaust themes of persecution. Davy’s personal experience with gender reassignment comes through in the dignity and grace with which he matter-of-factly depicts his protagonist’s own experiences of gender reassignment. It’s rare to find a novel that blends genres so well, with such a fully fleshed-out, distinctive protagonist at the center.

An extremely satisfying read, as thrilling as it is humane.