W. D. County (Dave) has a keen appreciation for technology, drawing on experience as a nuclear reactor operator aboard the ballistic missile submarine USS Sam Houston (SSBN 609), a quality assurance manager at the Three Mile Island Nuclear Station, and a developer of custom software for the federal government. His stories have appeared in the e-zine Spinetingler and anthologies Speedloader, Pulp Ink 2, and the Aesthetica Creative Writing Annual 2014. Dave resides in Lee’s Summit, Missouri with his wife and three cats. When not writing, Dave loves to drive his Miata convertible through the back roads at more or less legal speed. Mostly more.

“County offers a bouquet of twists in this novel, with a botany-focused plot that suggests an intricate rethink of Murray Leinster’s classic 1946 short story “The Plants.” The author includes clever whodunit aspects, as well as the worldview of a rooted, chlorophyll-based society that communicates via odor and chemical secretions.”
– Kirkus Reviews 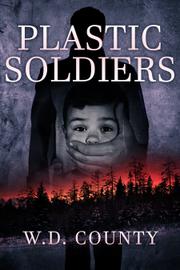 In this novel, authorities hunt a shadowy figure operating a child sex–trafficking business in the United States.

Ten-year-old Danny Mindel is one of six young boys whom a man has recently abducted. Michael “Eddie” Pitts runs Pasta Lovers Palace on the dark web, a site for pedophiles who want more than pictures and videos. He’s amassed so much money that he’s planning to retire in another year or so. Eddie also has an M.O.: He kidnaps six children at a time in separate but geographically close regions. FBI Special Agent Trevor Doyle has been following this unknown child sex–trafficker, whom he’s dubbed “the Ghost.” After surmising that the Ghost is responsible for the missing boys, Doyle gets a break in the case. But acquiring information on his target means making a deal with an unsavory culprit looking to avoid punishment. Meanwhile, Danny and fellow abductees Mark Redmond, Tommy Wagner, Chris Hines, Greg Carver, and Billy Saxton, some of whom are even younger than Danny, suffer at the hands of despicable adults. They cope as best they can and search for a way to escape. And they’re getting increasingly desperate, as encounters with pedophiles have a tendency to become violent—and sometimes lethal. County’s thriller is relentlessly grim. While the narrative thankfully doesn’t linger on abuse against the boys, there are myriad perspectives from interchangeable pedophiles discussing their explicit desires. The investigation is likewise despairing: Doyle may have to skirt the law to make headway, and media coverage isn’t necessarily helpful. Nevertheless, the story’s fully developed characters are riveting, from the boys’ varying coping mechanisms to their parents’ reactions (drowning in denial; craving vengeance). The extensive cast coupled with relatively short scenes makes for a brisk momentum and a quick path to the resolution.

A serious subject receives understandably bleak but insightful treatment in this thriller. 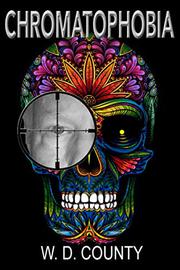 A mysterious color covers the lone survivor of a party that encountered an extradimensional entity—and drastically affects the group investigating the enigma.

In this sci-fi novel, an Antarctic expedition faces an incredible, shimmering four-dimensional cube (a “tesseract,” as readers of A Wrinkle in Time may remember) with disastrous results. Three explorers vanish in a void while devoutly religious photojournalist Barry Fletcher survives with a weird, growing colored patch on his body that drains hues from everything as it increases. At the behest of the U.S. military (which senses weaponization potential), Fletcher is placed in a high-tech quarantine lab. He is under the potentially deadly watch of tough Sgt. Miles Reardon, a veteran Marine sniper who, being colorblind, is assumed (correctly) to be somewhat immune to whatever entity possesses Fletcher. Eventually, the syndrome is labeled “the taint” by the rest of the study team, a diverse bunch that includes a bereaved psychiatrist, a professional magician/skeptic secretly hoping for a supernatural event, and a doctor (already turned gray by the phenomenon) imagining medical breakthroughs. As Fletcher’s Christianity grows more fanatical with the belief that he is literally a new messiah, the group’s grip on reality falls prey to the force behind the taint. County (The Scent of Distant Worlds, 2019, etc.) neatly plays with reader expectations about whether the thing represents good or evil—or just reflects the failings, lusts, and yearnings of its badly flawed human hosts. The author delivers a weighty, intricate, and intriguing thriller, mostly set in a claustrophobic isolation lab. While very much its own animal, the novel may recall for many sci-fi readers elements of Michael Crichton (especially The Andromeda Strain and Sphere) mated with H.P. Lovecraft cosmic awe (The taint is pretty much a literal “Colour Out of Space,” after all). But County lacks Lovecraft’s penchant for eldritch horror and philosophical pessimism and blissfully avoids Crichton’s tendency toward silicon wafer–thin characterizations. County even pulls off a satisfying ending from a situation that would have painted most writers into a corner (fourth-dimensional or otherwise).

A tricky, dense, and suspenseful first-contact tale that successfully works a mind-expanding premise in a confined setting.

THE SCENT OF DISTANT WORLDS

In County’s (Oasis at the Bottom of the Sea, 2015, etc.) sci-fi yarn, a scientist on a deep-space mission to exploit a distant planet discovers that alien plant groves may be sentient, intelligent, and hostile.

On a future, overpopulated Earth, exobiologist Cassie Clearwater, the granddaughter of a Seminole shaman, joins the first interstellar space expedition. The ship, called the Far Traveler, uses a revolutionary, superfast propulsion drive, provided by the powerful MicroWeight Corporation, to visit a habitable planet 12-and-a-half light years away. Its profile suggests diamond-rich geology and colonization potential. Cassie must establish whether the alien life there is intelligent, which would render the world off-limits. But there’s greed and subterfuge afoot on the Far Traveler. Even Cassie conceals a secret—her pregnancy by fellow astronaut Jonas Jefferson, son of ruthless MicroWeight tycoon Tobias Jefferson. After landing, the team does find diamonds—but also groves of mushroom-shaped growths and burrowing creatures that spit powerful acid. When something pulls Jonas into a mudbank, the remaining humans prepare for hostilities. The narrative then shifts to tell the story from the perspectives of the alien plants. They are indeed sentient, with a rich heritage to match that of humanity, whom they regard as grotesque “monsters.” When Jonas reappears, resurrected and altered, only Cassie is brave enough to avert a tragedy for both species. County offers a bouquet of twists in this novel, with a botany-focused plot that suggests an intricate rethink of Murray Leinster’s classic 1946 short story “The Plants.” The author includes clever whodunit aspects, as well as the worldview of a rooted, chlorophyll-based society that communicates via odor and chemical secretions. Some may find it overly precious that plant characters bear the names of herbs (Pepper, Sage, Tarragon); also, the human characters include a gangster-ish Russian and a libidinous, Asian dragon lady caricature. However, the book asserts that MicroWeight calculatingly loaded the Far Traveler with international ethnic stereotypes as a public relations move: “Reverse political correctness. A blatant appeal to the sensibilities of the masses instead of the intelligencia.” Aspects of Native American mysticism make an unsteady entrance but pay off well.

An uneven first-contact thriller that adroitly handles its ecological themes.

The Scent of Distant Worlds - trailer

A Six-Pack of Evil

An anthology of several short stories with the common theme of human (and sometimes supernatural) evil. This is first in an upcoming series titled Six-Packs of Horror.
Published: March 6, 2019
ISBN: 1798963302

Oasis at the Bottom of the Sea

The last five hundred people on Earth survive in an underwater vessel while the surface burns and the oceans boil from the passing remnant of a supernova. With the cooling system failing, Captain Jack Shepherd struggles to find a way to save everyone on board. His nemesis, a Charles-Manson-like priest, promotes painless mass suicide and a glorious “preincarnation” to a happier past. Jack cannot let this happen to his new lover or his young son.
Published: Sept. 7, 2015
ISBN: 1517107091

The U.S. government's newest top-secret weapon is Sammi, the world's first android, and it's stronger, faster, and smarter than any human. But Sammi has become depressed and unable to work effectively, so the government hires a psychologist, Terra Smithwell, to cure him. Despite her doubts on wheher a machine can think and feel, Terra falls in love with the android and is torn between her duty to restore Sammi's killing abilities and her desire to help him escape government control. Inexorably, Terra and her daughter, Sara, are pulled into Sammi's world of secrecy, intrigue, and danger.
Published: Aug. 26, 2013
ISBN: 1492108324