Connect with Will Ludwigsen

Will Ludwigsen's fiction has appeared in magazines such as Alfred Hitchcock's Mystery Magazine, Asimov's Science Fiction, Weird Tales, Cemetery Dance, and many others, as well as in his most recent collection, In Search Of and Others.

He teaches creative writing at the University of North Florida and lives in Jacksonville with fellow writer and partner Aimee Payne, as well as their two greyhounds and three cats.

“[R]ealism that’s mordantly funny and matter-of-fact but glimmering with whimsy and horror that leaks around the edges.”
– Kirkus Reviews 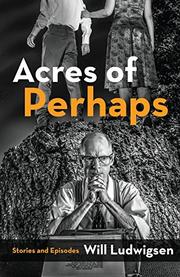 Fabulist Ludwigsen (In Search Of and Others, 2013) returns with a fresh collection of surreal tales from the dark side.

As in his previous volume, Ludwigsen uses a popular television show as a rough framework for his eerie tales. This time, the early 1960s late-night show is called Acres of Perhaps and is clearly standing in as a cheaper, more oddball version of The Twilight Zone. Our narrator for this primary story is Barry Weyrich, a writer haunted by his perceived lack of talent or ambition. “I was just Barry Weyrich, the guy who wrote about spacemen in glass bubble helmets, who put the commas in everyone’s scripts, who never had writer’s block, who grimaced when they talked about 'magic,' " he tells us. His frenemy among the other writers is David Findley, an “eloquent drunk” whose expansive imagination fuels the show’s strangest episodes and who turns out, in the end, to not be quite whom he represented to his friends. A handful of interstitial entries scattered between four more stand-alone stories offer synopses of episodes from Acres of Perhaps along with wry show notes. “The Zodiac Walks on the Moon” offers a peek inside the head of the Zodiac killer and his take on the moon landings. “The Leaning Lincoln” echoes some of Stephen King’s more grounded stories, with a tale of a small leaden toy that brings calamity with it. Other than the title story, the collection’s cleverest attraction is “Night Fever,” an oral history that imagines that Charles Manson was imprisoned during the 1960s and emerged fully obsessed with the Bee Gees in the days of disco. Ludwigsen ties things up with the elegiac “Poe at Gettysburg,” which imagines the erratic poet as president delivering a very different version of the Gettysburg Address.

Evocative tales of alternate realities steeped in the ethos of Shirley Jackson and Ray Bradbury. 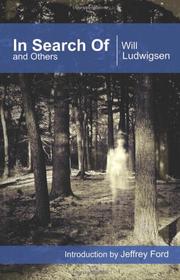 IN SEARCH OF AND OTHERS

Mundane reality mixes with the magical and the macabre in this scintillating collection of speculative fiction.

Inspired by the pop-enigma TV anthology hosted by Leonard Nimoy, Ludwigsen’s droll yet haunting title piece sets the tone, answering the puzzling questions with a blend of mythology and cynical common sense—“[t]he creature in Loch Ness was a plesiosaur, but it died in 1976 and locals concealed the carcass”—that eventually homes in on a homicide detective’s buried secrets. In other stories, characters confront the supernatural—or actively recruit it: A realtor specializing in haunted houses and murder scenes seeks out those special buyers who might like “stigmatized properties”; a 13-year-old girl tries to quantify her dog’s dream world for a science-fair project; a cantankerous hillbilly family resists government agents who want to upload their consciousnesses into a paradise simulation; a sentient house tears lose from its foundations and embarks on an epic journey to salve its guilty conscience; and the imaginary kingdom of Thuria intrudes into several narratives, cropping up in an off-kilter scouting expedition, a mother’s psychotic break and a post-modern literary scholar’s research on an ancient coded text. Ludwigsen’s well-wrought, entertaining tales feel like a mashup of Ray Bradbury and Stephen King, and his evocative, whip-smart prose steeps readers in a realism that’s mordantly funny and matter-of-fact but glimmering with whimsy and horror that leaks around the edges. The stories also work as subtle explorations of character and psychology, especially in the superb story “The Ghost Factory,” in which the spectral inhabitants of a defunct mental hospital enact the spiritual dysfunctions of modern life by fading from the world. Ludwigsen’s creepy, comic world reveals plenty about our own.

Hearts in Atlantis, by Stephen King

IN SEARCH OF AND OTHERS: Kirkus Star