“An explosive thriller full of engaging dialogue and action. Hunter’s tale is deliciously complex, but surprisingly easy to follow…the ending scene, all the way to the closing sentence, is extraordinary.”
– Kirkus Reviews 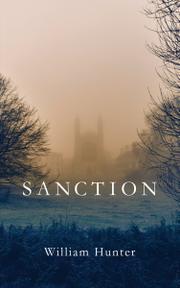 Sean Garrett’s instructions are to retrieve intelligence from distinguished academic Mohammad Ahmad regarding a King’s Cross Station bombing 14 months earlier. But he’s also contemplating revenge against Ahmad, as he believes that he’s linked to the attack, which killed Sean’s grandfather and put his sister in a coma. Quite unexpectedly, an assassin gets to the professor first. Sean witnesses the murder, which soon makes him a target of the elusive hit man. Both MI6 and the CIA want to find the assassin, as Ahmad was a shared asset, and they begin by analyzing closed-captioned TV footage, which seems to implicate Sean as the killer. MI6’s Banastre Montjoy, Ahmad’s original handler, is on the case, and soon others enter the investigation, officially or unofficially, including police from Scotland Yard. Meanwhile, the terrorists responsible for the King’s Cross Station attack and additional bombings are looking to tie off any loose ends, and they have a mole in British Intelligence that could help them do so. Hunter’s tale is deliciously complex, but it’s surprisingly easy to follow. Despite the influx of characters, for example, it’s generally easy to keep them all straight along with all of their respective agencies. The twists come in the form of shocking alliances, and the final-act explanation is an impressive one that manages to connect multiple events, botched parts and all. The prose throughout is clear and concise despite the characters’ use of coded messages and cockney slang (the latter of which is defined as soon as characters utter it). There are some moments of violence, although it’s never excessive, and the ending scene, all the way to the closing sentence, is extraordinary.

An explosive thriller full of engaging dialogue and action. 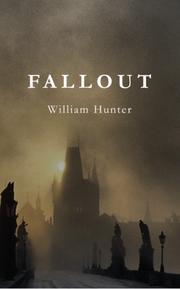 A MI6 agent is hunted by assassins sent by a vengeful double agent who believes he was betrayed during the Cold War.

Banastre Montjoy, the deputy chief of MI6, the famed British intelligence agency, hails from a long lineage of spies—“a score of distant relatives”—including his grandmother Madeleine Halliwell. When she dies suddenly from a heart attack and two other retired MI6 agents with whom she worked closely die in quick turn, Montjoy is naturally suspicious. Yet another man—a civilian—mistaken for Montjoy is killed in South Carolina when Montjoy is there visiting his half brother, Sean Garret, and he fully realizes someone is hunting agents. He takes a leave of absence and recruits the help of Sean, an ex–Special Forces operator in the Royal Navy’s Special Boat Service, to figure out why someone would risk so much to eliminate him. A man in his position would be exceedingly difficult to kill and doing so would involve severe consequences. Montjoy deduces the connection among targets is a pair of missions conducted in the mid-’80s in East Berlin that resulted in the sacrifice of a Soviet asset, Alexei Arkipov, a KGB agent who is supposed to be dead. Hunter (Sanction, 2017) exhibits an impressive knowledge of the inner machinations of international espionage as well as the history of the Cold War. He evokes an atmosphere of dread and dark distrust, the kind of hard-boiled ambiance reminiscent of the work of Alan Furst. However, unlike Furst, the author seems more interested in the promiscuous creation of characters than their development, and as the body of dramatis personae grows, the reader’s interest in them is likely to diminish. Further, the writing is more melodramatic than hard-edged—there are simply too many lines like this: “And you’re wondering whether I take one hollow point, or two, with my tea?”

A convoluted, overheated tale of espionage.