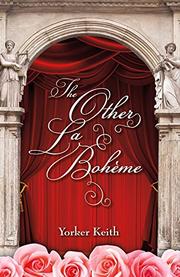 THE OTHER LA BOHÈME

Four friends withstand the personal and financial trials of the New York opera scene while performing in La Bohème to break into a first-tier company.

In this novel, Henry Anderson, Stephanie Frank, Jennifer Schneider, and John Bertucci are known by the professional designation Dolci Quattro, or “The Sweet Four.” Bound by their long-standing friendship and devotion to opera since they met at the Manhattan School of Music, they are playing the principal roles in Leoncavallo’s La Bohème, jokingly called “the other La Bohème” because it is infrequently performed compared to the Puccini version. They are passionately committed to opera despite the New York monetary challenges, the cost of private lessons, and the stresses the ascetic lifestyle puts on relationships. Nevertheless, they all struggle. At one point, Henry muses: “I wish I could forget about opera. Then all of my suffering would be over.” Yet they find immense joy in the art form. For Jennifer, “her gift was her life.” If well-attended and praised by critics, this production could be the quartet’s big break. But performing such a controversial version of a beloved piece could mean disaster if not spectacular in vocal quality and execution. The Dolci Quattro members vow to support one another through the emotional turmoil leading up to the opening and the most pivotal moment of their careers. Keith (Remembrance of Blue Roses, 2016) expertly captures the emotional drama and physical exertion of the opera world while employing an intriguing convention: paying homage to La Bohème by mirroring its plot in a modern setting through the Dolci Quattro. The four friends portray the opera principals while simultaneously living like the characters they play, similar to the musical Kiss Me Kate. This lucid tribute extends to cleverly structuring the novel in four acts, broken into scenes rather than chapters. The only misstep: the plot of La Bohème and the story behind its composition aren’t explained until a third of the way through the tale. Despite this flaw, fans of opera and New York fiction should enjoy this appealing homage to the urban bohemian lifestyle.

An engaging twist on a classic opera, lush with drama and romance in a contemporary setting. 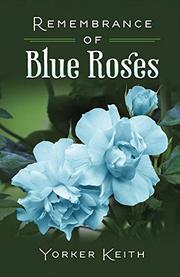 A United Nations civil servant recalls his complicated bond with a German friend and his Japanese violinist wife in this debut novel.

Mark Graham Sanders, a divorced U.N. human resources officer in his mid-40s, has a “fortuitous encounter” in 1999 while sketching in the Metropolitan Museum of Art, which leads to his experiencing “that misty line” between love and friendship. Specifically, he meets a professional violinist named Yukari, the wife of Hans, a U.N. economist colleague. Mark is immediately attracted to her, and she seems drawn to him; she soon admits to Mark that she was contemplating leaving her husband after discovering that he’d had an affair. Yet the marriage continues on, aided, oddly, by their friendship with Mark. The trio enjoys many evenings of music and culture together and even discovers that their families were acquainted generations ago. As a pledge to their friendship, Mark and Hans plant blue roses in the U.N. garden, which also reflect the color of a dress that Yukari wears. After one intoxicating evening, Hans and Yukari sleep over at Mark’s apartment and conceive a child. The news of Yukari’s pregnancy arrives, however, just as Hans, frustrated in his career, decides to go on assignment in Bosnia and Herzegovina. Mark gladly steps up to watch over Yukari, and the two grow ever closer. Then unexpected news comes from abroad, followed by the baby’s birth, and then tragedy. Debut author Keith probes the many shades of love, honor, and friendship in this musing, elegiac narrative. First-person narrator Mark is engagingly flawed; over the course of the story, he comes to realize just how despicable he was to have divorced his first wife due to their failure to conceive a child. The novel is a bit overloaded with international details, however, even encompassing a very minor character’s role in the Israeli-Palestinian conflict. The best scenes are those that focus on the main trio’s dynamics, such as when Yukari makes love to Hans before whispering her love to Mark in the dark. Overall, it’s an elegant debut.

A skillful tale that explores relationship nuances and redemption.