Writers extraordinaire, domestic goddesses, lovers of all furry things...
Zari Reede is a writing team consisting of Zoe Tasia and Minette Lauren. Both have an addiction to collaborative writing that rivals Oreo Double Stuffed cookies with fine champagne. Writing solo for years, they decided to engage in a writing exercise to strengthen their skills and enlighten their creative minds. It turned out to be a great venture and is still going strong today. Zoe lives in Houston, has two cats, two boys, and a priceless husband, who supports all her rebel dreams. Minette Lauren also enjoys living in Texas, has five dogs, one god-dog, three turtles, three parrots and a wonderful husband that thinks all the things she writes are golden...even if it is horse hockey. They are lucky in life, enjoying every day they can write and dream.

“The latest from Reede is an entertaining contemporary romance that offers likable characters, well-developed settings, and a generous dose of Southern charm.”
– Kirkus Reviews 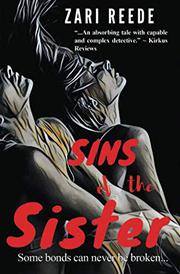 SINS OF THE SISTER

In Reede’s (Blinked, 2017, etc.) thriller, a Texan private investigator makes headway in her search for her missing sister, who vanished three years ago.

Lana Madison has never stopped looking for her identical twin, Dania, even if the police evidently have. The 23-year-old has such a strong spiritual connection to her sibling that she’s certain that Dania is still alive. After dropping out of college, Lana consulted private investigator Ben Collins, who later hired and trained her. She’s skilled in self-defense tactics, which come in handy when two men abduct her; fortunately, it turns out that the perpetrators may be connected to Dania’s disappearance. Lana investigates them with help from “The Boys”—her computer-savvy pals Kit and James—as well as EJ, who was Dania’s prom date back in high school. One of the traffickers possesses bondage-torture videos, and although the images are blurry, Lana and EJ suspect that Dania is the victim pictured in the footage. Lana also works with fellow private eye Oscar “Oz” Cooke, whose teenage stepdaughter, Cassie, disappeared around the same time as Dania did. Meanwhile, a creepy, unknown stalker is watching Lana as her determination to find her sis puts her, and possibly her friends, in further peril. Reede’s flawed but resolute private eye is an exceptional protagonist. “I’m nobody’s punching bag,” she says—a statement that applies both to social settings and physical confrontations. At the same time, the author shows Lana to be emotionally conflicted, particularly when it comes to romance; she resists her attraction to multiple men (including EJ; Oz; her friend/personal trainer, Favor; and local police detective Samuel Norris), resulting in occasionally awkward—and funny—situations. Scenes from the unnerving stalker’s perspective offer memorable moments, and Lana’s investigation progresses at a steady pace throughout. The plot relies too heavily on coincidence at times, but the extraordinary ending is one that readers won’t easily forget.

An absorbing tale with a capable and complex detective. 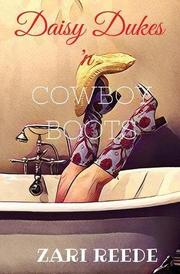 In Reede’s (Blinked, 2017) romance, a woman fighting to save her land from a developer finds herself attracted to the developer’s lawyer.

Ferina Kincaid is a rancher who loves her family’s spread in Brewster County in West Texas. However, she’s struggling to keep the place afloat during a lengthy drought; to make matters more complicated, her boyfriend, Wayne, is cheating on her. Lance Morrison, her neighbor, wants to purchase the land and build a huge department store on it, but Ferina is unwilling to sell. Lance hires Houston lawyer Nolan Anderson to locate her estranged brother, Frank, hoping he can convince Frank to contest his father’s will and sell his share of the land. Nolan and his twin sister, Nadia, arrive in Brewster County expecting an uncomplicated case, but they develop some unexpected connections. Nadia begins dating Ferina’s friend Dwight White, and Nolan develops an interest in Ferina. She’s understandably wary of his intentions but soon finds herself falling in love with him. Nolan tries to ensure that Ferina receives a fair deal, but then Frank surfaces, and a series of mysterious events threaten the ranch. Soon, Ferina and Nolan wonder if their relationship can survive the chaos. The latest from Reede is an entertaining contemporary romance that offers likable characters, well-developed settings, and a generous dose of Southern charm. Ferina and Nolan are strong protagonists whose relationship grounds a multilayered plot. The supporting characters are equally well-drawn, especially Wayne and Frank. The setting is a central element of the story, and Reede creates a vivid portrait of Brewster County that not only includes Ferina’s beloved ranch, but also the Dixie Diner, a popular local restaurant. That said, the editing can be inconsistent at times; Wayne’s last name is“McKellen” and “McClellan” at different points, and legendary singer Billie Holiday is identified as “Billy Holiday.”

A breezy romance that may appeal to fans of Jodi Thomas or Anna Schmidt. 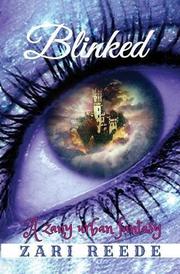 A 1970s wife—secretly in a government project to fight supernatural invaders—must find a solution when a magical creature from a dangerous fantasy realm switches places with her husband.

Pseudonymous author Reede (Daisy Dukes ’n’ Cowboy Boots, 2017) conjures a semicomical urban fantasy focusing on the antics of Mindy Nichols, a young New Orleans wife and mom. Mindy is really an agent for the Inner Space Monitoring Alliance Team, a covert U.S. government task force that battles magical intruders from other realms. Readers are told that letting such entities go uncontrolled led to the two world wars. It’s 1975 (ignore the Hugh Jackman reference and other occasional dialogue anachronisms), and ISMAT’s new headache is the “Blink” phenomenon, wherein hostile fairy-tale beings—imps, cyclops, etc.—are teleporting into the U.S. apparently at random from a magical world called Ortharos. For each appearance, an earthling has to teleport to Ortharos in exchange, and outcomes are not good. During Mardi Gras masquerade time, Mindy discovers that her husband, Jim, is missing, having Blinked away. But replacing him is a house-elf–style “brownie”—the first Ortharian to be communicative and friendly. Mindy, to figure out what’s happening and save her family, disobeys standing orders to terminate such beings. Multiple story strands in short, addictive chapters, each in first-person narration by a different quirky character, follow Jim to Ortharos, where he meets a green-skinned witch and her enticing, imprisoned Rapunzel look-alike sister (named Rapunzel, in fact) and the cyclops queen. Meanwhile, Mindy contends with myriad crises and phantasmic fallouts back home. The best conceit is that mythic characters defy expectations of who’s good or evil (though an off-the-rack, Sauron-like baddie lurks behind it all). But with two sets of protagonists teleporting or dodging peril via hidden passageways, there are considerable storyline snarls involving who is doing what, where, and in which world before things intersect at the Bacchus Krewe parade in the French Quarter. (New Orleans addicts, nonetheless, will find somewhat less local color than they’ve grown to expect.) Paranormal romance followers who take the bouncy ride should delight in the playful tweaking of all the ingredients, including the Carnival king cake.

A frothy paranormal comedy-adventure that offers a respite from the usual brooding over messy werewolf/vampire love affairs.