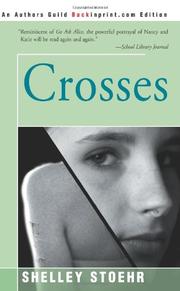 A raw story of a teenager who tries to ease her emotional turmoil with self-mutilation. Nancy's adolescent rebellion has gone beyond wildly punk dress, foul language, and contempt for her drunken parents; she's taken to secretly cutting herself with pieces of broken glass. She also drinks and, after meeting kindred spirit Katie, her substance abuse escalates to weed, ups, mescaline, hashish, aspirin, or anything that can be swallowed or sniffed. The two explore the limits of what they can get away with, discovering that there don't seem to be any; if they're caught drinking in school, or if sex partners try to break off, a little temporary repentance earns forgiveness. The cast here doesn't show much diversity and has to force itself through thickets of YA topics--rape, shoplifting, bulimia, parental inadequacy, etc.--but the many episodes of excess are rendered with nightmarish intensity; again and again, Stoehr captures Nancy's terror, exhilaration, self-loathing, misery, or frenzied glee as she rides the drug seesaw. Eventually, the two try to kill themselves, and Katie succeeds. The author offers only victims here, no villains; and though Nancy undergoes no Cinderella-like transformation, she does realize at the end that her life is salvageable.