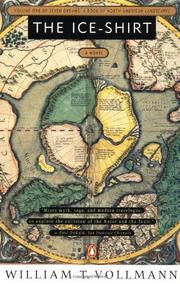 In the first of a series to be called Seven Dreams, Vollman (The Rainbow Stories, You Bright and Risen Angels) weaves together history, myth, imagination, and his own travels to tell the story of the founding of Vinland. Drawing freely upon old Norse sagas and myths, Vollman describes how the early Norse kings and leaders, originally able to assume animal shapes and possess magical powers, evolved over the centuries into the Vikings and explorers who colonized Greenland and Iceland before sailing west to Vinland. The story is dominated by the rivalry between Freydis, the bastard daughter of Erik the Red, and the beautiful Gudrid. Their rivalry is played out in Vinland, where the two women with their husbands and followers have come to settle. Freydis, ambitions, greedy, has made a pact with the Ice. Demon, and once in Vinland seeks to keep her part of the deal--namely, that she will extend the Ice-Demon's rule by bringing winter to this paradise. When the Norse men and women first move out into the Arctic, they come in contact with the Inuits, whom they call trolls or Skraelings. In Vinland they trade with the local Skraelings, but cheat them out of their rightful payment. Freydis tries to destroy Gudrid, whose virtue and popularity she envies, but the two have to join forces to withstand an attack by the Skraelings. Defeated, both women and their families abandon Vinland and return to Greenland, where Gudrid thrives and Freydis is shunned because of her villainy--and the saga of North America pauses until volume two. Vollman is a wonderful storyteller of the past, but his inserts based on recent visits to the sites he has described are tinged with polemic. He has a subtext--the relation between the colonizers and the colonized--and the present condition of the Inuit, however deplorable, sits awkwardly with the vivid, swashbuckling, and magical tale he has told.