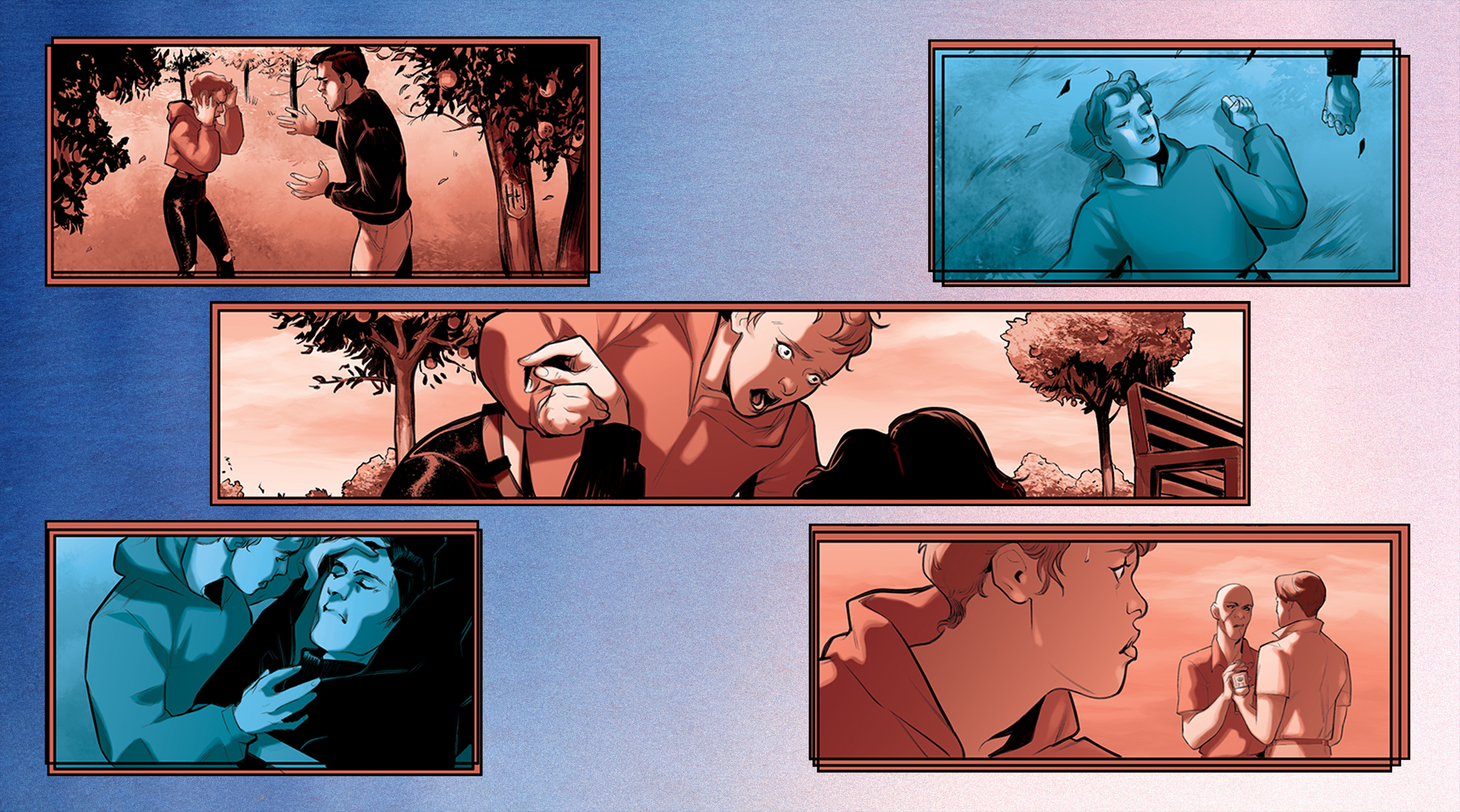 Illustrations from ‘Tragic’ by Valentina Pinti and Chiara Di Francia

Bold and bright graphic novels tell a wide range of atmospheric stories, from a modern version of Hamlet to a YA mystery starring a brilliant amateur detective and a middle-grade tale about Mexico’s Day of the Dead. Kirkus Indie recently reviewed three edgy graphic novels with distinctive protagonists.

A young New Yorker encounters a ghost in Dana Mele’s Tragic, with images by Valentina Pinti and Chiara Di Francia. After Harper Hayes’ father dies of a supposed heart attack, she sees his spirit in a theater. The celebrated actor, who portrayed Hamlet, reveals that he was murdered. With the assistance of her ex-girlfriend and a close pal, Harper hunts for the killer. “Exceptional characters elevate an absorbing, often eerie murder mystery,” our reviewer writes.

In Enola Holmes: Mycroft’s Dangerous Game—written by Mickey George, based on a story by Nancy Springer—Enola spies the kidnapping of her brother Mycroft. While her mother and her legendary sibling, Sherlock, provide no help, Enola pledges to save Mycroft. This sequel to the 2020 Netflix film Enola Holmes shows off the hero’s formidable talents as a sleuth and features art by Giorgia Sposito and colors by Enrica Eren Angiolini. Our critic calls the work an “entertaining mystery” that “will delight readers, especially Enola Holmes fans.”

Vera Greentea’s Nenetl of the Forgotten Spirits focuses on the Day of the Dead, which honors the idea that “a person hasn’t truly died until that person is forgotten.” Three Mexican children meet a spirit named Nenetl, who asserts: “I find myself in requirement of a soul to continue building the rest of my body.” In this book, illustrated by Laura Müller, the kids search for someone who remembers Nenetl. According to our reviewer, “This exuberant, beautifully crafted tale introduces Mexico’s Day of the Dead to young adventure fans.”