3 LGBTQ+ Indie Books That Will Surprise You 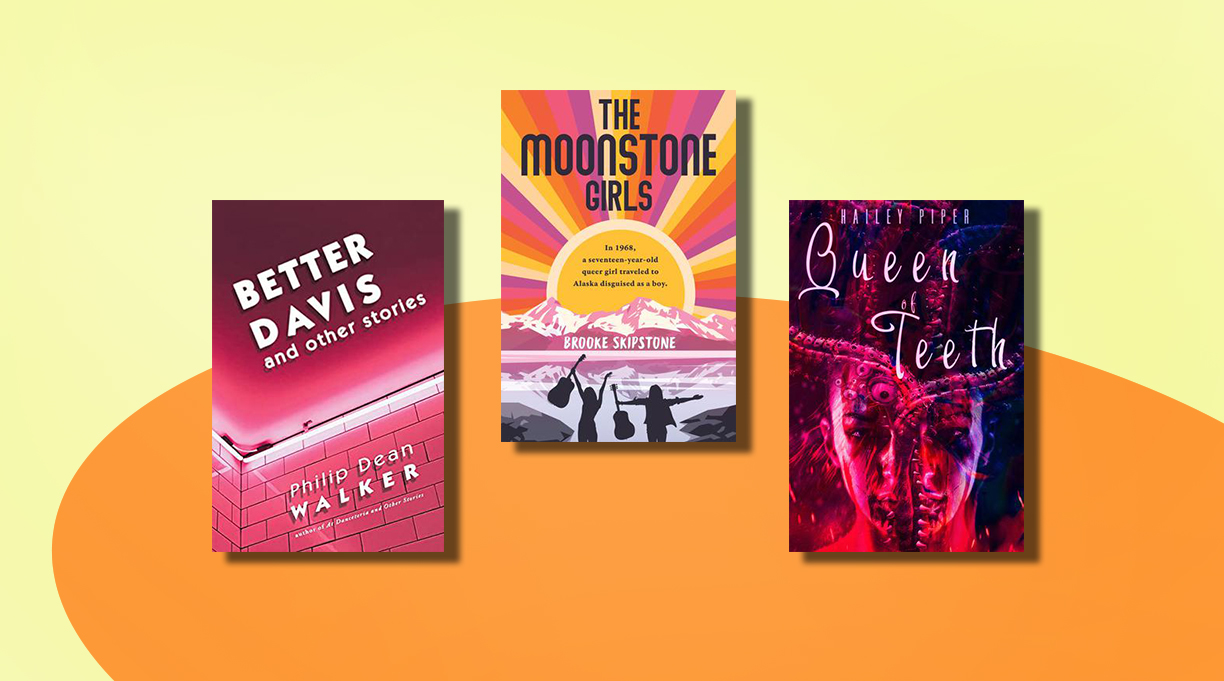 Within Indieland, we have the good fortune of reviewing lots of starworthy queer lit that ranges widely in genre, scope, and style. Here, we highlight LGBTQ+ fiction with a twist or two. In one novel, queer siblings team up to battle small-town bigotry; another mixes horror, SF, and lesbians in love; and a short story collection recalls the early days of AIDS and its effects on the world of showbiz.

In the 1960s-set The Moonstone Girls by Brooke Skipstone, a gay brother and lesbian sister stick together while contending with their homophobic, conservative father in their homophobic, conservative town. Our reviewer says, “Skipstone has delved into a vibrant era of rapidly changing values with empathy and authenticity.…The book adeptly captures the zeitgeist of social repression and change that energized the 20th-century counterculture movement.”

Hailey Piper’s Queen of Teeth unfolds in the distant future on a planet that is probably Earth, which is home to those who contain multitudes. This sentence sums up a funny, unique novel that’s full of shockers:“When chimera Yolanda ‘Yaya’ Betancourt wakes up one day after a sex romp with a woman named Docia ‘Doc’ Hall, an AlphaBeta Pharmaceutical agent, and discovers teeth between her thighs, she thinks the vagina dentata is nothing to worry about and probably related to her medical history.” The review calls Queen of Teetha “powerful, beautiful horror story.”

Philip DeanWalker’s “tales set fictional and real-life creative figures—drag queens, sitcom stars, Broadway impresarios, movie divas—in the early 1980s, when gay entertainers were emerging from the closet just as the HIV virus was starting to decimate their ranks.” Our reviewer says Better Davis and Other Stories is full of “rich, elegiac meditations on art, sex, and death.”

Karen Schechner is the president of Kirkus Indie.