7 September Novels To Look Out For 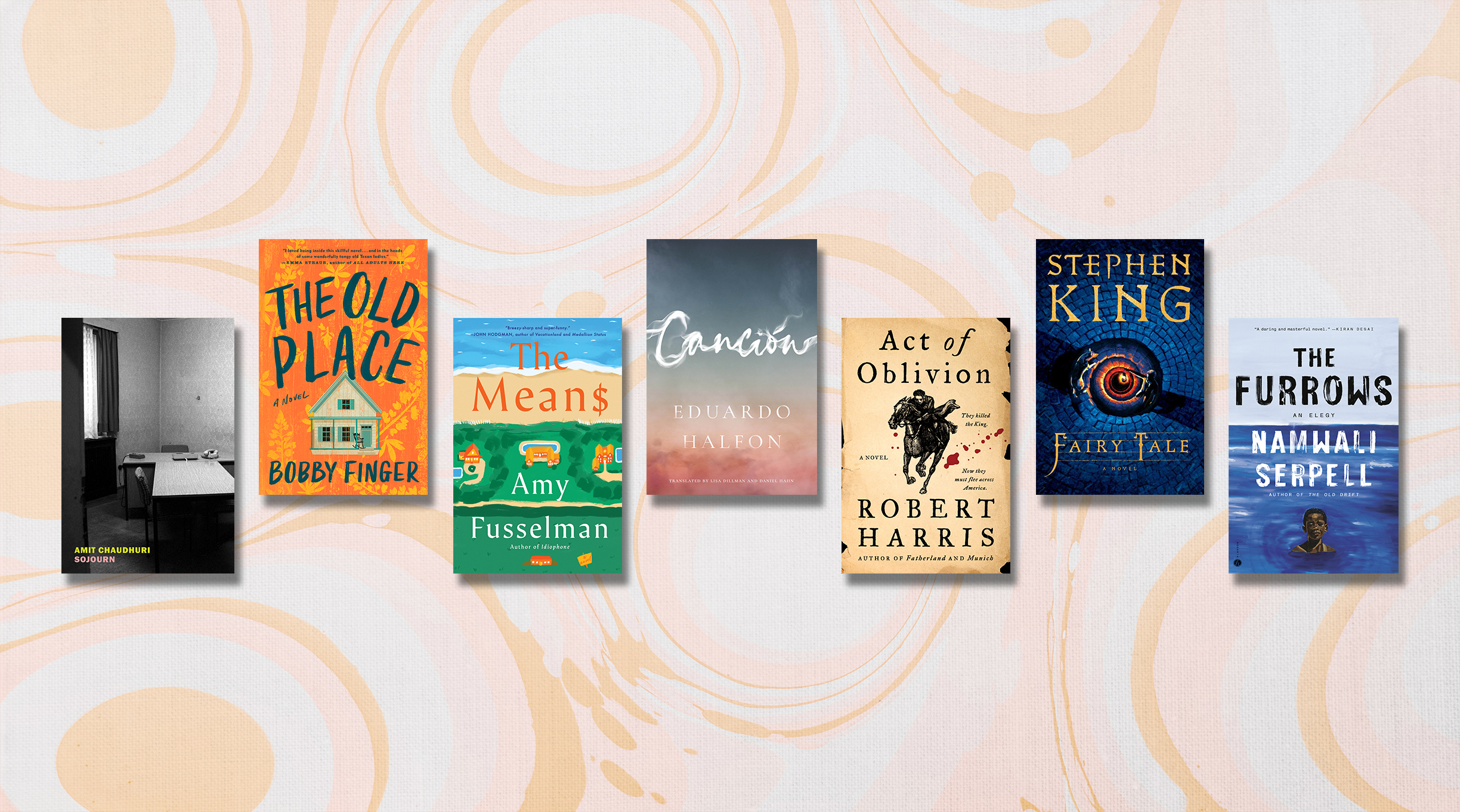 Background by Pawel Czerwinski on Unsplash

There are so many great books coming out this month—first novels and 60-something novels; books set in Berlin, Texas, and the Hamptons; books rife with horror, romance, and reflection. Here are a few to look out for.

Sojourn by Amit Chaudhuri (New York Review Books, Sept. 6): As in the fiction of Teju Cole, Chaudhuri’s narrator walks and thinks. An Indian writer who’s arrived in Berlin as a visiting professor, he ponders Kenzaburo Oe, who once stayed in the same flat where he’s been put up; he soaks up the city’s history. The book “grips the mind,” according to our starred review, which calls Chaudhuri “a masterful writer in his own subtle, thoughtful, demanding genre.”

The Means by Amy Fusselman (Mariner, Sept. 6): Manhattan stay-at-home-mother Shelly Means wants a house in the Hamptons even if it’s made out of used shipping containers. All, of course, will not go smoothly. Our starred review says that with its “deadpan absurdity, pithy prose, and moral je ne sais quoi,” this book is “a trenchant comedy of class and the way we live now.”

Fairy Tale by Stephen King (Scribner, Sept. 6): Maine teenager Charlie Reade befriends his neighbor Mr. Bowditch, who warns him away from the shed in his backyard: It’s “Narnia on the Penobscot,” as our starred review says, with “a whole bunch of people—well, sort of people, anyway—who’d like nothing better than to bring their special brand of evil up to our world’s surface.”

Act of Oblivion by Robert Harris (Harper, Sept. 13): For his latest thriller, Harris heads back to 17th-century England and New England as the fictional Richard Nayler tracks the real-life fugitives Edward Whalley and William Goffe, who helped plot the execution of King Charles I after the English civil war. Our starred review says, “The deeply researched story is the author's brilliant reimagining of real historical events, with sympathetic characters and a compelling plot.”

Canción by Eduardo Halfon; translated by Lisa Dillman and Daniel Hahn (Bellevue Literary Press, Sept. 20): Halfon’s last autobiographical novel, Mourning (2018), was a finalist for the Kirkus Prize; in his new book, his narrator—like the author, a Guatemalan Jew—attends a conference in Tokyo for Lebanese writers. “Another minimasterpiece by a master of the form,” according to our starred review.

The Old Place by Bobby Finger (Putnam, Sept. 20): Finger is the co-host of the witty microcelebrity podcast Who? Weekly, and his first novel couldn’t be more different: Set in the small town of Billington, Texas, it tells the story of unhappily retired math teacher Mary Alice Roth as she finds her way back into a friendship with her next-door neighbor, Ellie; their relationship had been strained since they both lost their sons, one after the other, just after the boys graduated from high school. “A surprising page-turner,” says our starred review. “Homey, funny, yet with dark corners of anger and grief.”

The Furrows by Namwali Serpell (Hogarth, Sept. 27): Serpell’s first novel, The Old Drift(2019), was a 592-page magical realist epic following four generations in Zambia. Her new book is shorter and more tightly focused on one character, Cassandra, whose brother drowned—or perhaps disappeared?—from a Delaware beach when she was 12 and he was 7. “If The Old Drift was an epic effort to outdo Marquez and Rushdie, this slippery yet admirably controlled novel aspires to outdo Toni Morrison, and it earns the comparison,” says our starred review. “Stylistically refreshing and emotionally intense, cementing Serpell’s place among the best writers going.”