90 Years in the Kitchen With ‘Joy of Cooking’ 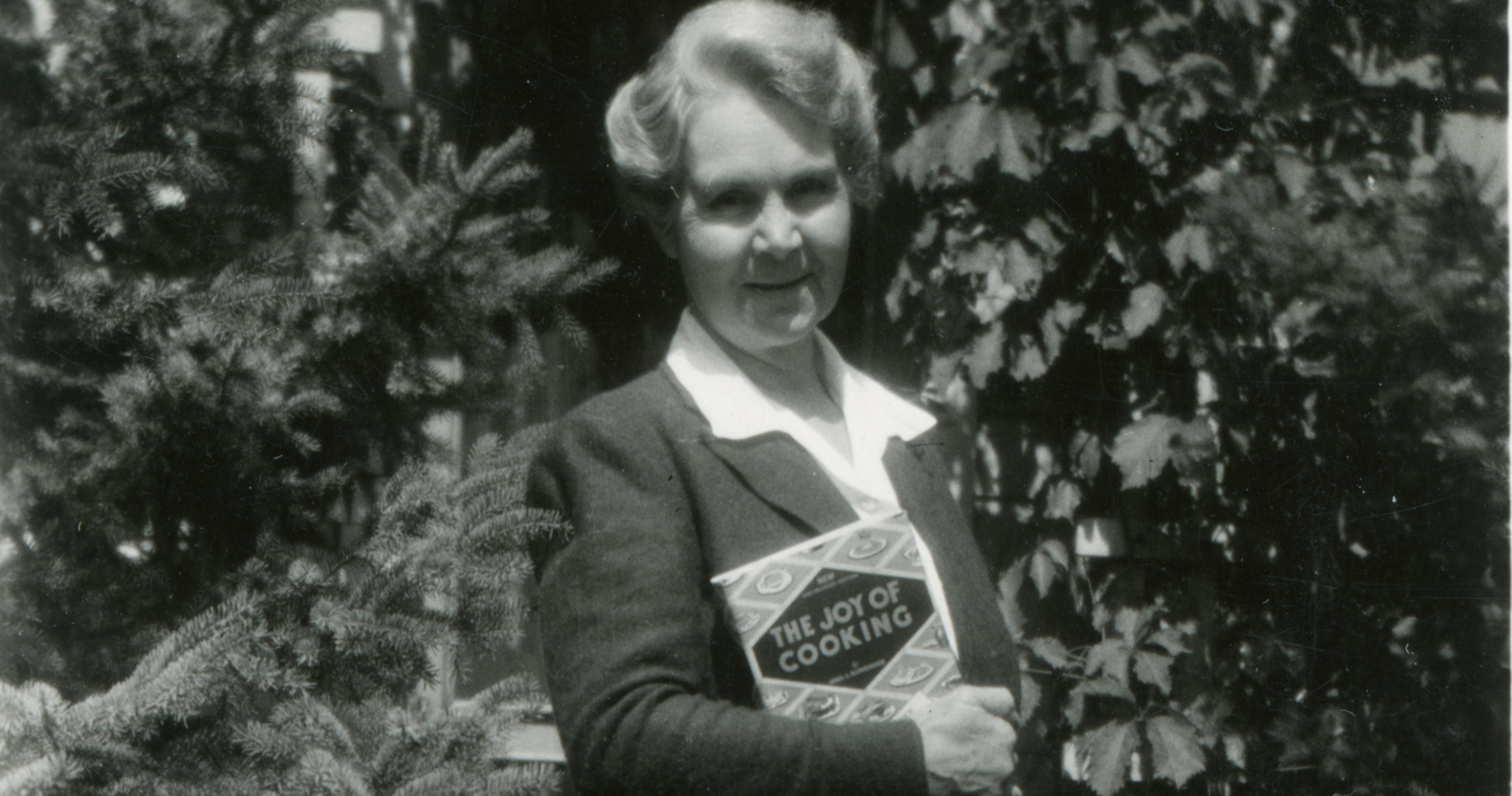 In 1931, a St. Louis homemaker named Irma S. Rombauer faced a problem that was all too common in that dark time: Her husband, a lawyer and investor, had killed himself not long after the stock market crash of 1929, and now, two years later and strapped for cash, she was in danger of losing the family home to creditors at the height of the Great Depression.

She made a daring decision. Knowing that most people, no longer able to afford restaurant dining, were now eating at home, she took her small savings and self-published a cookbook that gathered recipes that she had created as well as others donated by friends and family.

1She called the book The Joy of Cooking, and though it’s said that she wasn’t much of a cook herself, she found pleasure in whipping up simple meals that seldom took much time and didn’t require elaborate or expensive ingredients. Using her broad network of social contacts and a wit that yielded plenty of sales from door to door, she made her money back quickly and landed a publishing deal with a trade house that, sad to say, gave her decidedly ungenerous terms to which she and her heirs were bound for decades.

Thus was a publishing franchise born, selling in the millions of copies over multiple editions that saw Joy of Cooking (now without the definite article) grow fatter and fatter with each new release, providing a mirror of American society as it did. In the 1930s, the recipes were uncomplicated and filling. In the early 1940s, Rombauer, with her gift for user-friendly and enjoyable prose, diligently sought out substitutes for ingredients that were rationed, the same impetus that prompted a young writer named M.F.K. Fisher to concoct her wartime book How To Cook a Wolf. In the prosperous 1950s, more exotic dishes—including, strangely, given the Cold War, beef stroganoff—began to fill the pages of Joy, as did horrific creations such as Jell-O with shaved carrots and sliced cucumbers within.

I say horrific because I was subjected to them as a child, though culinary atonement came from a later section of the book that yielded a fine recipe for macaroni and cheese improved with the addition of cut-up hot dogs. At least I wasn’t subjected to a dish that appeared in early editions and then fell out in 1997 (when, for a brief time, Joy got fancy and fussy) and returned in 2006: namely, squirrel, complete with instructions for how to skin one of the critters.

Other old favorites remain as well: Maryland fried chicken, potato croquets, a proper Caesar salad, and the “Rombauer special,” an easy-to-whip-up chocolate cake with icing. Even chop suey, that dubious but undeniably tasty mélange of leftovers, a standby of the ’60s, endures. Irma Rombauer died in 1962, having witnessed the enshrinement of her book as a classic of American culinary instruction. Millions more copies have since sold, almost all of them under the oversight of Irma’s descendants, a happy legacy indeed. No cookbook collection is complete without at least one edition of Joy of Cooking—squirrels and all.