A Translation by Martin Luther Changed the World 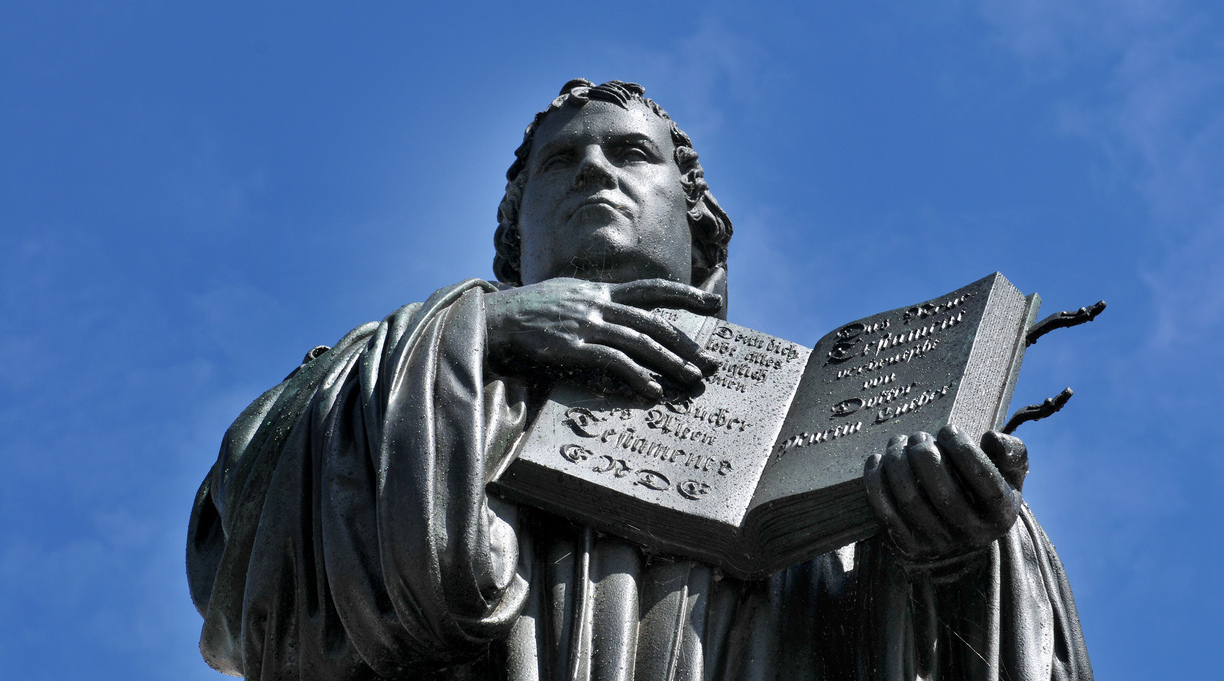 Statue of Martin Luther in Wittenberg, Germany. Photo by Photo by Schöning/ullstein bild via Getty Images

A thesis, though not one elevated enough to merit nailing to a cathedral door: Without Martin Luther, there would be no rock ’n’ roll.

One of the more divisive characters in the history of Christianity, and inarguably one of the most influential, Luther was a brilliant student of literature and the law who, in 1505, quit those studies to enter a monastic order in Erfurt, in what is now Germany. He did so, he later wrote, after experiencing a terrifying thunderstorm that caused him to promise God that he would become a priest if he lived through it.

Luther and his fellow Augustinians, writes Luther biographer Martin E. Marty, “inhabited a universe in which they thought a threatening God kept a suspicious eye on every human act” and was quick to punish transgressions with damnation and hellfire. Torn by doubts, haunted by fears of demons and the deity alike, pained by constant illness, Luther nonetheless summoned up enough courage to launch a vigorous protest against the priestly tradition of selling indulgences that would supposedly save a sinner’s soul for a hefty fee. Given that the Catholic Church made enough money from the practice to build cathedrals all over Europe, Luther’s protest was not well met. Neither were his Ninety-Five Theses, which held, among other things, that salvation comes from divine grace alone, and in 1520 Luther found himself condemned as a heretic.

Pope Leo X ordered him to recant, but Luther did not comply. Instead, he went into hiding. He passed his days, sequestered in a castle not far from Erfurt, by translating the New Testament into German—a translation, first published 500 years ago on Johann Gutenberg’s new printing press, that would circulate throughout the German-speaking world. When he came out of his fortress, Luther discovered that he had touched off a much more radical wave of protests against the church, a movement now known as the Reformation, than the doctrinal issues he had raised.

Luther was far more conservative than all that, and the church that would bear his name shunned the anti-statist views of the Anabaptists and other dissenters. Indeed, it became the state religion in many parts of Germany, its tenets advanced by services that, like Luther’s Bible, were conducted in ordinary German and not Latin. Luther’s reforms had a powerful effect on not just theology, but also education, for now ordinary people, having access to a text they could understand, were inspired to learn to read and to teach everyone in the family to do so. The Protestant states of Germany were soon the most literate in Europe. Reformers in other nations followed suit, and the first English-language Bible appeared in 1525.

But back to rock ’n’ roll. Rock was born largely out of the Black church and its gospel traditions (see the lively documentary How They Got Over: Gospel Quartets and the Road to Rock & Roll for more). Rock songs may or may not be directed heavenward, but, like gospel tunes, they’re sung in the vernacular. Martin Luther, the pioneer of secular language put to sacral uses, would surely approve. After all, you can’t dance to a Gregorian chant.