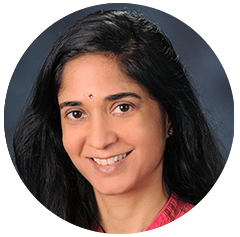 Thanks to the dedication of the talented members of We Need Diverse Books, and those who have been fighting to increase the number of diverse kids' books before this organization was founded, we are starting to recognize the need for books that feature a variety of communities, cultures, and backgrounds. However, one aspect of diversity remains taboo: religion.

The shocking prevalence of Islamophobia has encouraged some to shine a well-deserved spotlight on books featuring authentic Muslim characters. Wonderful, but not enough.

Prejudice against Islam may erode if we educate ourselves about it, but it doesn’t get at the root of the problem. It doesn’t prevent intolerance about other belief systems (including atheism or agnosticism) from flaring up at another time. It doesn’t address stereotypes about other minority religions, either—particularly those deemed “primitive” or “polytheistic.”

The protagonists of my novels (A Time to Dance, Island's End, and Climbing the Stairs) hail from faiths that are much misunderstood. All three books were released to multiple starred reviews and garnered several major honors and awards, for which I’m deeply grateful. But accolades haven’t erased the discomfort some feel regarding my protagonists’ religious backgrounds. I’ve often been told my books can’t be shortlisted or highlighted or showcased or adopted because of my protagonists’ spirituality—although work that is far more strongly infused with religion than mine (Hinduism) but written by authors from majority religions (at least in the United States) is accepted unquestioningly. Occasionally on school visits, I’ve even been asked to ignore students' questions pertaining to religion. If I’m not allowed to clarify concepts, how will my listeners ever rid themselves of misconceptions?

To eradicate religious stereotypes, we must break the silence surrounding them. Our nation is secular, but our culture is uncomfortable with public religious discourse. On the rare occasions when we recognize our religious differences, we’re usually terrified to openly discuss them. We fear we may offend others or incite public outrage.

Yet if we wish to be inclusive, we must speak up. Not to proselytize or preach but to break down walls built by ignorance. We must accept, not merely tolerate. Authors mustn’t fear to acknowledge and explain their beliefs if asked. Teachers and librarians need to expand collections beyond holiday picture books and explore novels featuring our religious diversity.

Books are more than mere mirrors or windows; they are keys to compassion. And novels don’t just expose readers to differences, they allow readers to experience diversity. They allow us to live within another’s skin, think another’s thoughts, feel the depths of another’s soul. Novels transport, transform, and, most importantly, allow us to transcend prejudice. When we immerse ourselves in characters whose religions are different than our own, our empathy is enhanced. We move closer to embracing people of all religions.