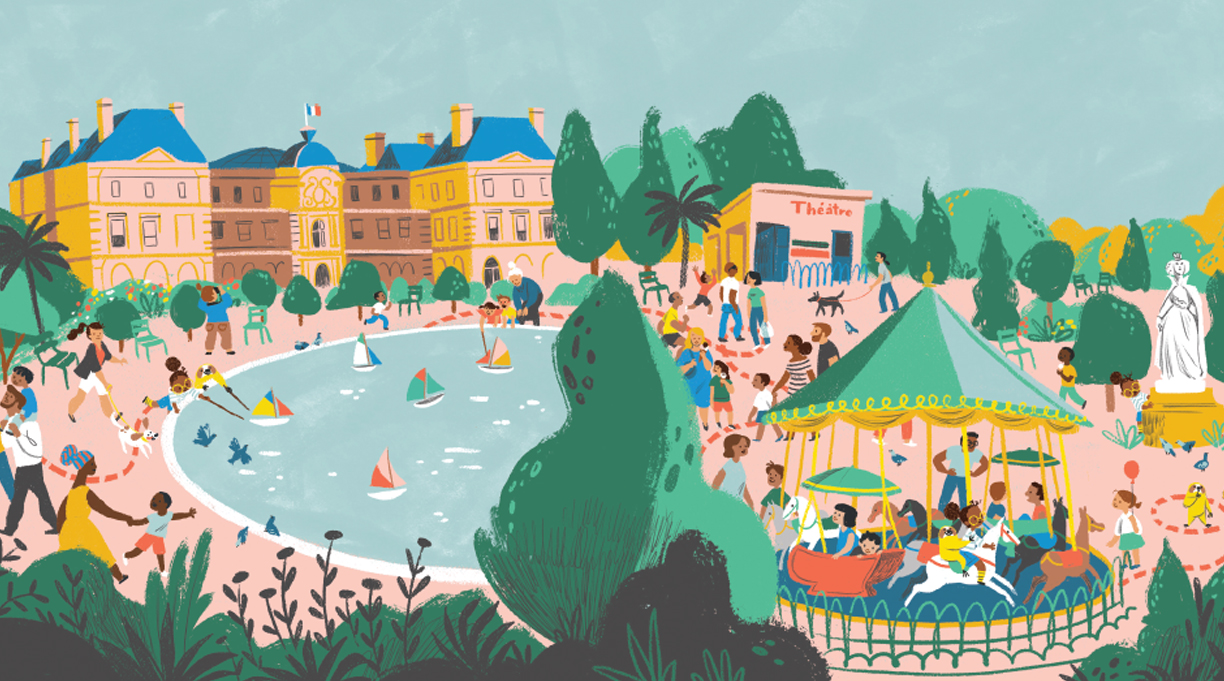 Illustration by Carolina Búzio from The Amazing Adventures of Aya and Pete in Paris!

The Covid-19 pandemic has put the brakes on real-life travel plans, but that won’t stop children from using their imaginations to explore big cities—with the help of wonderfully illustrated picture books. Kirkus Indie recommends these titles offering virtual tourism for young readers:

In Wander New York: Fitz in the City (2020) by Reese Traves, illustrated by Jon Traves, a young fox named Fitz and his mom visit some of the major sights in the Big Apple, from Central Park to the Brooklyn Bridge to the Bronx Zoo. As Fitz describes his trip (noting that egg creams “have neither eggs nor cream, so it seems”), the author includes offbeat facts, such as that the Statue of Liberty’s “index finger is 8 feet long.” Kirkus’ reviewer writes that readers “will appreciate the unique interpretations of city life.”

Serena Minott and Asha Gore’s The Amazing Adventures of Aya and Pete in Paris! (2017) features charming illustrations by Carolina Búzio and was reviewed by Kirkus Indie last year. It tells the story of a young girl of color and her pal, a stuffed toy sloth, as they tour the City of Light with Aya’s parents. It offers what Kirkus’ reviewer calls “a tantalizing peek at Paris” as the protagonist sees the Louvre, the Eiffel Tower, and other landmarks—while learning elementary French along the way.

A calico kitten named KeeKee stars in KeeKee’s Big Adventures in London, England (2019), a series entry by Shannon Jones with illustrations by Casey Uhelski. The cat arrives via hot air balloon, stops by such tourist haunts as the Tower of London with her new friend, Will (a ram), and has tea with the queen herself (a dog). “Adults will enjoy in-jokes, such as the queen's being represented by a corgi, the real-life queen’s favorite canine,” notes Kirkus’ review.