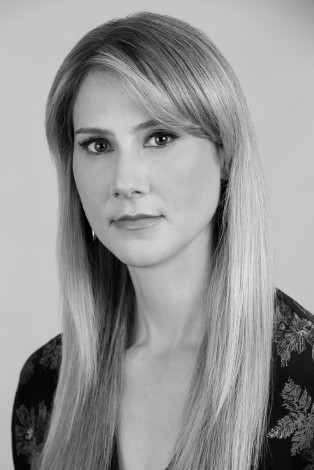 Alena Graedon’s debut The Word Exchangeis a mind-bending dystopian thriller that imagines a near feature in which society’s increasing digital obsession threatens not just the written and spoken word but mankind’s very survival. To blame is the corrupt corporate behemoth Synchronic, which has manufactured a “Word Exchange” to replace language as we know it with communication-defying nonsense. The system renders users both dependent on their memes for simple word recall and vulnerable to a global pandemic that manifests in not just verbal aphasia, but also lethal physical illness.

The unstoppable spread of this “word flu” makes for torturous passages in which infected characters, unable to recall even the most common definitions, speak and write in frustratingly, unnervingly incomprehensible sentences. When Doug Johnson, the Chief Editor of the North American Dictionary of the English Language (NADEL), suddenly, mysteriously disappears, his daughter and the novel’s protagonist, Anana, becomes—by virtue of her lineage, sheer curiosity and developing sense of identity—our anointed captain on the journey to salvage the crux of our humanity from disease and dissolution.

Graedon holds an MFA from Columbia, and has since dedicated her career to teaching, with stints as an editorial assistant at Knopf and a manager at PEN America. But her initial inspiration for the novel even predates this distinctly literary trajectory, having sprung from a real-life crisis during her senior year at Brown. “I was home one day, frantically trying to finish the final chapter of my thesis, and a fire started in my downstairs neighbor’s house,” she remembers. “I lost all my books, and that included a bunch of dictionaries.

“Losing all my books got me thinking about the ephemerality of words and language,” she continues, “and also the significance of these cultural artifacts such as dictionaries, and the ways in which they link us to other consciousnesses, and to the past and future.” Published more than a decade after that initial spark, her novel opens with a corresponding catastrophe: the displacement of an entire entry within the pages of the NADEL, and more broadly, the looming destruction of the entire institution of publishing.

A lifelong devotee of literature and philosophy, Graedon infuses her fiction with both explicit and implicit references to one forebear in particular: Lewis Carroll. “My grandfather was a rare and used book collector and dealer,” she explains. “I had original copies of Alice’s Adventures in Wonderland and Through the Looking Glass. So I read those stories with my family when I was a kid.”

Besides Doug’s secret pseudonym for Anana—Alice—Graedon also weaves in Carroll’s influence more subtly. “In both Alice in Wonderland and The Word Exchange, words and language are constantly morphing, and twisting,” she says. “There’s a lot of wordplay in all of it. Humpty Dumpty tells Alice you can make words mean whatever you want them to mean.”

And the comparisons between the 19th-century Alice and her own are undeniable. “[Carroll’s] Alice is tossed around in this scary, alien universe where she doesn’t really know anyone; the allegiances between characters are always shifting,” Graedon says. “But at the same time, she’s actually a really active character, because she’s constantly learning the rules of this strange world.” In The Word Exchange,Anana is similarly forced to navigate uncharted territory as she uncovers the elaborate truth behind Synchronic’s plot against language.

For all its warnings of the impending threat posed by technology, however, Graedon’s narrative also offers a glimpse of the benefits such advancements can have on our culture. “I think technology is wonderful and fascinating and beautiful,” she says. And she is far from preaching digital abstinence. “Just like with everyone else,” she admits, “technology is hugely integrated into my life. When my house was on fire, I risked life and limb to go back and get my laptop.”

Rather than being a purist’s manifesto, Graedon’s hauntingly addictive story instead advocates for a realistic moderation. “I want my novel to be part of the ongoing conversation we’re having in our culture about the degree to which we want the intrusion of these devices into our lives,” she says, “because it’ll continue to happen, but we have control over it. I just wanted to offer a window onto what might happen if things went a little bit wrong.”

Having written The Word Exchange over the course of six years, Graedon had to keep up with the quick-fire pace at which technology was changing, amending details to accommodate each new digital breakthrough—from self-driving automobiles, to videogame technology that allows users to move avatars with their minds, to Google Glass (which was remarkably similar to Graedon’s initial iteration of the Nautilus, before she felt compelled to change it). “It was really fun watching all of these things that I thought were science fiction turn into reality,” she recalls. “I kept thinking, ‘Stop! No! I want this to be more futuristic!’” At least in Alena Graedon’s experience, life did indeed imitate art.

Lauren Christensen is an editorial associate at Vanity Fair.