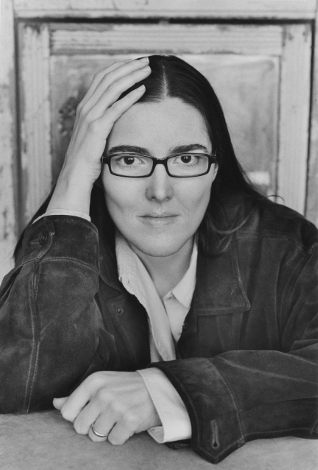 Amanda Filipacchi’s latest novel, The Unfortunate Importance of Beauty—an imaginative and at times heart-pounding meditation on our society’s hollow overreliance on physical appearance—illustrates in quite literal terms not only the time-honored adage that looks can be deceiving, but also that their deception can be lethal. The story centers around the Knights of Creation, a group of five young, aesthetic-minded friends in New York City who gather regularly to work on their individual art forms (ranging from music and literature to costume design and pottery), inspired simply by one another’s presence. The Knights’ harmony and mutual trust are compromised, however, when one among them anonymously attempts murder as an act of revenge against the very notion of superficiality.

Among the group are two best friends, Barb and Lily, each of whom endeavors to disguise her remarkable features with their opposite: the thin and blonde Barb compulsively conceals herself day-in and day-out within a homely, gray-haired, heavyset costume, whereas Lily uses her musical talent to alter others’ p erception of her unappealing features. “The characters are attempting to have other people appreciate their true selves without being influenced by their appearances,” says Filipacchi.

The novel casts these female appearances as valuable only insofar as they relate to male attention, and for a reason. “I chose to cover the romantic aspect of beauty—the relationship between beauty and love—because I find it the most tragic,” she says. “People may think that the issue of beauty is trivial or frivolous, but when you really think about it, when you get down to the core of it, it has so much to do with finding love. And what is more essential than that in life?”

The danger of these idealistic disguises is revealed in not one but two threatened murders: one of the friends (whose identity is only revealed in the novel’s final pages) threatens to kill Strad, the object of Lily’s obsessive love who does not return her affection because he can only fall in love with a woman he finds superficially attractive; and Barb’s hideous semblance provokes her sociopathic doorman to kill her. In one of the novel’s climactic passages, a scheme to escape the building employee involves unmasking Barb’s true beauty before the world, by way of a party full of media contacts and publicists, of course.

These elaborate, interwoven, and admittedly unrealistic plotlines are all nonetheless part and parcel of the author’s emphatic personal refutation of the gross overemphasis on external looks in our culture—and of the stakes of that fallacy. “Lily hopes that her talent can make Strad fall in love with her, even though her looks can’t,” the author says. “But of course he doesn’t care about her talent; he just wants beautiful women.” Filipacchi herself is no stranger to the experience of unrequited love. “I had a crush on a guy when I was 13, and I could tell that I wasn’t going to win him over with my looks, or probably with my personality,” she remembers. “So I thought, ‘Well, maybe I could get the best grades in school, and then he’d automatically fall in love with me.’ I tried that, and it didn’t work.

“I myself am often able to see great beauty in some people who would be considered traditionally ugly,” she continues. “I think it’s too bad that not everyone can. That’s one of the things my book is about: it expresses this sorrow. Why can’t people be a little more flexible?”

Beauty has factored heavily in the Paris-born, French-American author’s life since childhood. In many ways, it was the experience of being raised by her former-Ford-model mother that sparked the idea for this novel (her fourth, after her 1993 debut, Nude Men; 1999’s Vapor; and Love Creeps, in 2005). “I grew up in a family where everyone was very beautiful, and I was the only one who wasn’t, quite,” she recalls. But there are crucial distinctions between Barb’s mother, who is also a retired model, and the author’s own. “Even though my mom was a model, she wasn’t at all superficial,” she explains, “but I have to say she is more interested in appearance than I am, and it’s often caused friction between us. When we go to restaurants she complains, ‘Why aren’t you dressed better?’ ”

When the then-10-year-old’s family relocated from Paris to Westchester, Filipacchi was met with a new challenge that also influenced her portrayal of the world that surrounds Barb and her friends. “It was a bit of a culture shock for me going from a bilingual French private school to an American public school,” she says. “They’re harsh in America—I was introduced to that whole concept of popular kids, which in France doesn’t even exist! You can’t even translate that. It’s a totally different mentality, and it took some getting used to.”

That mentality—a disproportionate attention to empty, surface details about a human being, instead of probing deeper into the unique entity within—is explored so thoroughly in Filipacchi’s novel that it almost reaches the level of a parable, with the added elements of a thriller. As a final renunciation of our culture’s reverence for looks, the author cites a 19th-century study by Charles Darwin’s half-cousin Francis Galton: “He wanted to see if there was a difference in the typical face of a vegetarian and the typical face of a criminal,” Filipacchi summarizes. “So he took lots of faces and superimposed them on each other, and what he discovered in both cases is that you end up with a beautiful face, because the features average out. I find that mind-blowing, because it’s the opposite of what we think. We think beauty is extreme; it’s amazing.” Filipacchi excitedly concludes: “Actually, it’s the closest you can get to average.”

Lauren Christensen is an assistant editor at Vanity Fair.