An Interview with L.A. Villafane 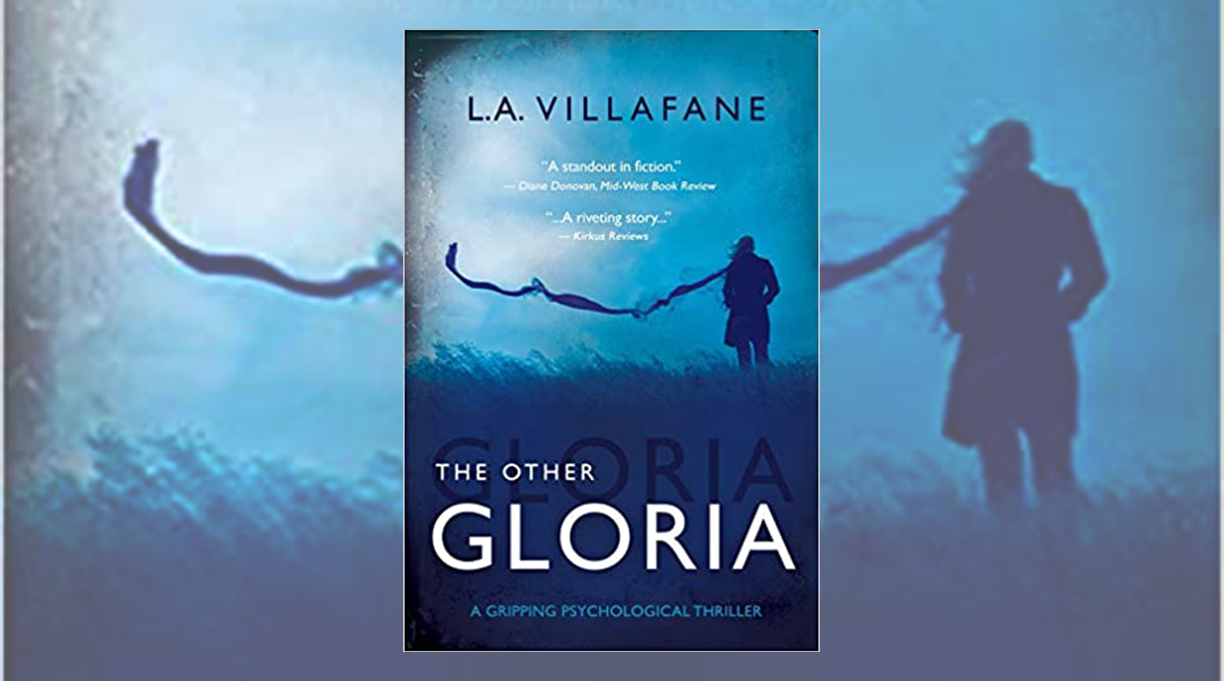 When we’re reading a particularly scary piece of fiction, we find comfort in knowing that it’s just a story. And yet narrative nonfiction can be all the more terrifying by the very fact that it’s real.

At its core, this is what makes L.A. Villafane’s debut novel, The Other Gloria, such a compelling, suspenseful, yet undeniably believable psychological thriller. Technically, the book is fiction. But when the story draws you into its heart, it feels like more than just a story. And that’s because it is.

Based on the real and often terrifying first marriage of author L.A. Villafane, The Other Gloria is a story about a woman caught between her abusive husband and the shifting reality that results from that abuse. From the outset, the reader is pulled in by its titular character, who’s driving along a highway, covered in blood—with no idea of where she is, what happened, or where’s she’s going. Described by Kirkus Reviews as a “gripping tale about the reverberations of spousal abuse,” Villafane masterfully manages to take the reader on a harrowing journey of confusion and fear, where memory is unreliable and love can be a sweet promise—or wielded with cruel and almost inhuman calculation.

But in fact, The Other Gloria almost didn’t happen.

Villafane originally set out to write a memoir of her experiences and her struggles with dissociative disorder, a condition often experienced by trauma and abuse survivors. But something seemed to keep her from writing her own story. “When I sat down to write the memoir, the words wouldn’t come—they just wouldn’t flow,” says Villafane from her home in Granbury, Texas. “So once I decided to make a fictional story, I seemed to be able to write about it, since I was technically not able to write about myself, I guess. It was easier to write like it was someone else, but [it] ended up having so much in it that was my life.

Now 58 and happily married to her second husband (who builds and refurbishes houses with her help), Villafane hid her past from her friends and family, including her two daughters. They knew she suffered from DD, but they didn’t know the full extent of her story. And yet Villafane felt her life was like she was “walking around as an exposed nerve.”

But it wasn’t fear or even love that inspired her to write her story. It was anger. Villafane was angry, and she needed to face it full-on. “I have lived my life in hiding and”—here, she laughs lightly—“I don’t have that much time left now. I just thought I needed to live before I die. And I felt like I couldn’t actually live until I processed all this that was inside me.”

As the anger crept up, the urge to write grew. Therapy, Villafane admits, wasn’t helping her access the healing she needed, and whenever things started getting uncomfortable, she retreated. It was only in the privacy of her own home—and relying on the words that came through creative writing—that she was able to start telling her story.

Like a patchwork quilt, she pieced together different parts until they began forming a cohesive whole. But while there’s fiction in it, the story is very much Villafane’s own. “I actually put it all in the book,” she says. “The parts that made me really uncomfortable I went ahead and wrote, and then I would have to put it aside and wait—for sometimes a couple of weeks—before I could come back to it. And I just kept telling myself, ‘I don’t have to publish this, but I need to write it.’ But once I wrote it, I felt I needed to publish it.”

What makes The Other Gloria stand out isn’t just the horror of it or the utter believability of the story. It’s in the artfully woven emotional suspense; Villafane has almost an uncanny awareness of the line between discomfort and going too far. Gloria retreats into her mind just as the abuse becomes unbearable, and it’s this sensitivity to timing—handled by someone who knows all too well what happens afterward—that keeps the reader from turning away:

He is going to have his way. She is just not strong enough.

At this point, Gloria allows her mind to leave. She knows she does not want to be present for what is to come. Retreating deep inside, she can hear his muffled voice. The sound is fading out, first fuzzy around the edges, until she is slowly enveloped in a fog. She can’t feel her body anymore. She feels utterly detached as things go quiet and then finally everything completely disappears.

The other Gloria is handling this tonight, and she will not have the memory.

When a story pulls us down deep enough, surfacing back to our reality feels almost alien. Because for a brief time, we are someone else. And in a strange way, readers—even those who haven’t experienced trauma and abuse—experience a version of that fleeting sense of unreality, if only for a moment. And it’s that skillful storytelling ability that keeps readers turning pages.

Now, with The Other Gloria published and on the receiving end of endless compliments, support, and encouraging feedback from her readers, Villafane seems to have successfully come out on the other side of her ordeal. She’s just completed the first draft of her second psychological thriller, Once Committed, a story of a group of individuals in a psychiatric hospital who find themselves inextricably bound together by tragedy.

And since she’s taken back her life, she’s not wasting any time in living it. “When you keep [everything] inside, you kind of feel that you’re the only one, [that] you’re so weird that no one’s going to understand you.” Villafane laughs. “But…it feels like I’ve actually found my voice for the first time in my life.”