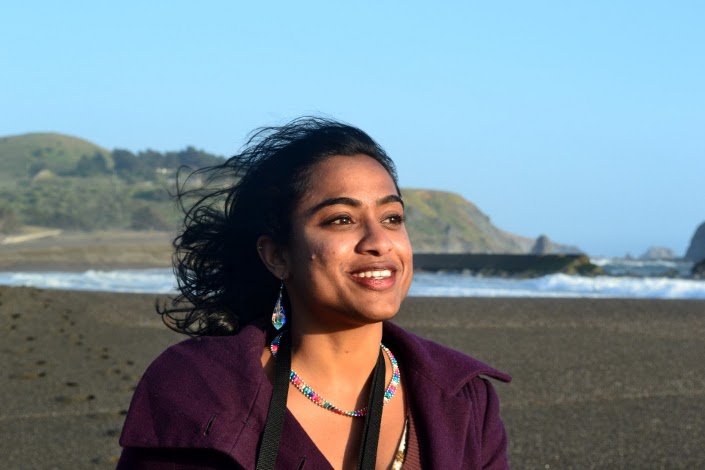 Anat Deracine has been an immigrant her entire life. “I have never been able to vote in any country that I’ve lived in,” she says. She’s of Indian descent but grew up first in Iraq and then Saudi Arabia. When the Saudi government cracked down after the Gulf War, her family left for Canada; Deracine was 14.

When she decided to write about Saudia Arabia, Deracine settled on a pen name, partially for her safety but also so readers would give Driving by Starlight a chance without any preconceived notions about its author.

Nonetheless, Deracine drew on her own experiences to write Driving by Starlight, especially for the novel’s complex female relationships. In both the book and her own experience, Deracine says, Saudi girls and women “were caught up with a lot of infighting, back-stabbing, jealousy, and [all] sort of interpersonal politics largely because of the confines that they were in.”

The arc of the novel is focused on how these women overcome those disagreements and learn to lift each other up in the face of darker threats. Or, as Deracine puts it, “How do you let the little battles fall away when you realize you have a bigger war to fight?”

Driving by Starlight includes a large cast of young (and a few older) Saudi women, each of whom has her own challenges and motivations. “There is no one Middle Eastern woman,” Deracine says. “They’re figuring out who they are even within this very tight bounding box.” The narrator is ambitious, brilliant Leena, the daughter of a rebel, who dreams of studying law but knows it’s impossible for her. Her best friend Mishal dreams about boys rather than books but looks to her impending arranged marriage with dread. There are also the pious Bilquis, the half-American Deena, and the headmistress Maryam.

As these very different women come into contact—and conflict—with each other, they are often shockingly cruel to each other, as when Leena compares the chubby Bilquis to an elephant. “Making them likable is one thing, but making them real is another, and making them real meant that they would say and do some very sharp things,” Deracine says. That effusive emotionality, which can be positive as well, is the norm in the Middle East, Deracine says, even as it feels profoundly strange to a Westerner taught to value politeness above all else.

To make the story more immediately comprehensible to a global audience, Deracine altered the way the girls speak somewhat, but she was careful not to give the girls the same values as their Western counterparts. “In most of the Middle East, including Egypt and Saudi Arabia, if you say you’re an atheist they’ll put you in an asylum,” she says. “So it’s a very different spectrum of what’s possible.” Some things that seem absolutely shocking to Americans, like the way that women’s cellphone cameras are smashed when the phone is purchased, are simple facts of life to those in Saudi Arabia.

The power and pervasiveness of these policies have rendered the notion of changing the system from the inside almost impossible for Saudi women. At the end of Driving by Starlight, Leena is forced to leave the country she loves in the hope of building a better life elsewhere. “At what point do you recognize that you alone are not going to change the system, you don’t have the power to change the system, and you need to find solid ground before you can help the others who are drowning?” Deracine asks.