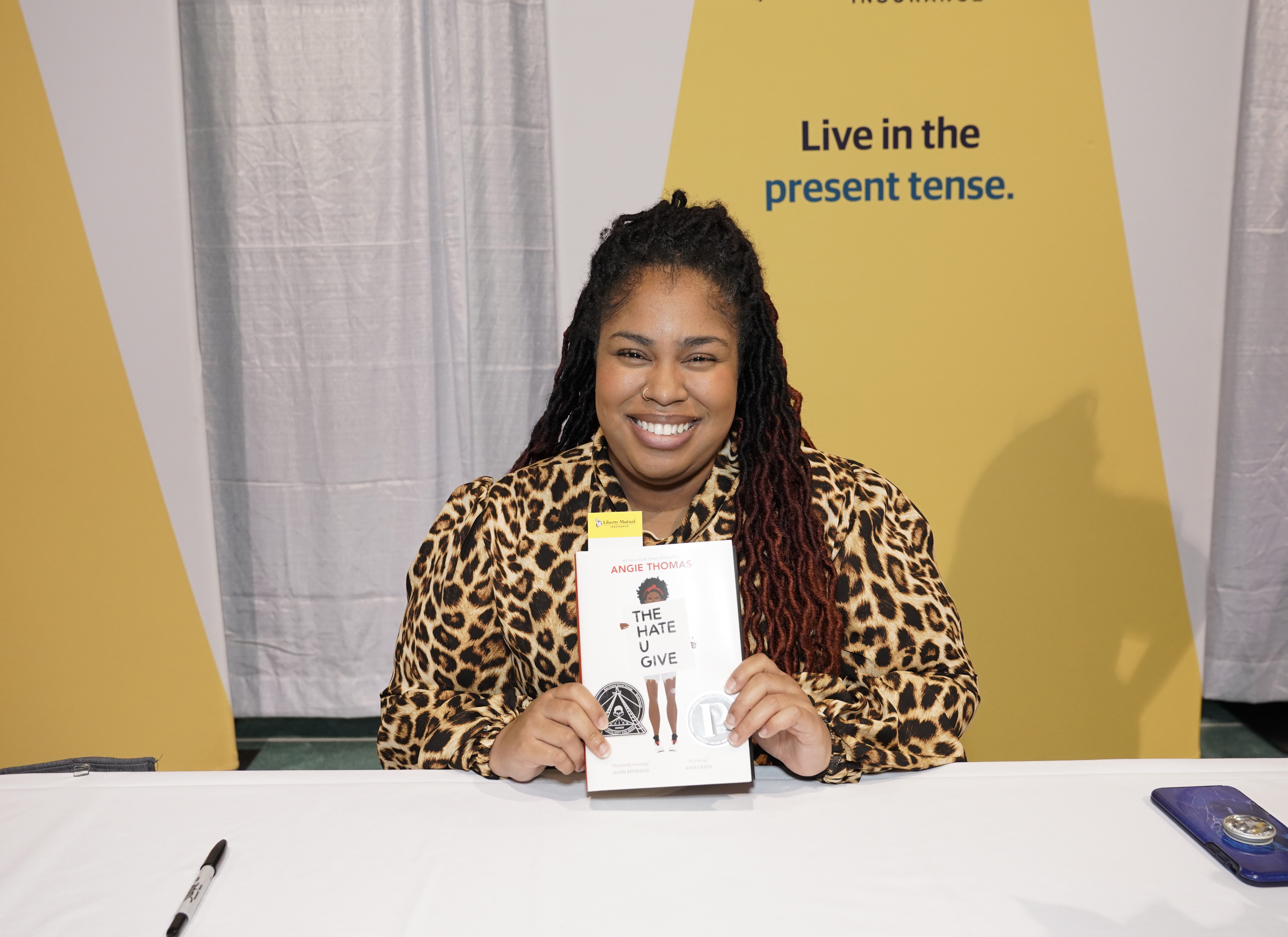 The author revealed the title and storyline of her upcoming novel, Concrete Rose, a prequel to her critically acclaimed 2017 book, The Hate U Give. Her new book is set 17 years before The Hate U Give, and follows Maverick Carter, the father of her first protagonist, Starr.

Publisher HarperCollins says the book deals with Maverick coming to terms with becoming a father at the age of 17 and deciding to quit his job selling drugs for a street gang.

“Of all characters who really just stayed with me, Maverick was at the top of that list,” Thomas told People. “And what was fascinating to me was once readers started reading The Hate U Give and then when the film came out, he was the character that I was asked about the most.”

The Hate U Give is one of the most critically acclaimed young adult novels of the decade. The book won the American Library Association’s William C. Morris Award and Coretta Scott King Award, was longlisted for the National Book Award for Young People’s Literature, and was named a finalist for the Kirkus Prize.

It’s also frequently been challenged or banned in schools and libraries because of its use of profanity and depiction of police brutality. Thomas expects the same thing to happen to Concrete Rose.

“I think it will be banned more so than The Hate U Give was,” she said. “I really do. It saddens me already, but I’m expecting it.”