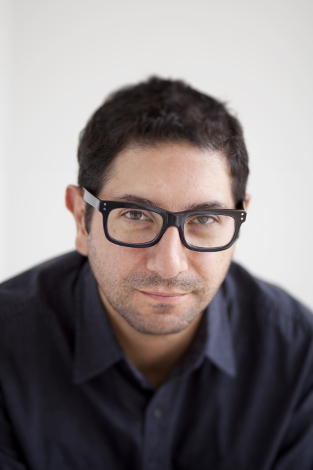 While the United States’ approach to immigration from Mexico and Latin America has become one of the most hotly debated issues of our time, there is remarkably little understanding of actual immigrants and the diversity of their experiences. In the minds of many, there is a universal immigrant story: that of a disenfranchised laborer who risks life and limb in search of work in the U.S. In his debut collection of stories,, Barefoot Dogs, Antonio Ruiz-Camacho, a Mexican immigrant himself, explores an entirely different type of immigrant class: the wealthy and the elite who are forced into exile by the threat of death and violence. In his nine stories, he follows the members of a large family as they immigrate to California, Texas, and Spain, after the murder and dismemberment of their patriarch.

“The difference with the new wave of immigration is the violence,” Ruiz-Camacho explains. “They cannot go back. For a group of people who are used to running the country, this is quite unexpected.”

The collection starts with the voice of 19-year-old Fernanda as she recalls the life she enjoyed just before violence affects her family. She and her friends, all museum interns, are planning a trip to Italy, and as the story unfolds, she name-checks Diane Von Furstenberg and Art Basel, all while comparing various subways of the world before realizing she’s never had to take the metro in her own city. Immersed in language lessons to ensure the “Truest Italian Summer Experience Ever,” she and her friends are the epitome of naïve privilege in a society marred by a gap between economic classes unimaginable even in the post-recession U.S.

“Rich people are rich people everywhere,” Ruiz-Camacho says of his characters. “The Mexican upper class is very familiar with the hobbies and lifestyles that the upper class in the States is used to. They also have their vacations in Vail or Vegas or New York.”

The emotional core of the stories, though, comes once these characters leave Mexico and struggle to adapt to their new environments and their new selves. “They come here and they are like everyone else. They have to do their own laundry, they have to wash their own cars. That leads to a lot of questions about their own identity,” he says.

This friction between their old identities and their new, unformed selves drives the best scenes of the work. There is Bernardo, the elementary school kid, who urinates in a pool full of children as a retaliation against his mother. There is Laura, a woman who begins an affair with a younger man in Austin as the city is surrounded by a tightening circle of wildfires. And there is Martin and Catalina, new parents whose malaise in the heat and misery of their new existence in Spain is consuming them and wearing them down.

“I wanted to explore the emotional consequences of violence,” Ruiz-Camacho says. “I wanted to see what happened to the victims of this violence every day, after the media has left them and their stories are no longer newsworthy.”

This impulse to study a newsworthy topic beyond its print date has its roots in Ruiz-Camacho’s several years of experience working in managerial-level positions in newsrooms both in Mexico and in the United States. His background in journalism gave him an education in how to shape a story “in terms of style and craft,” he explains, but it also left him hungry for more. Equally important to the development of his work was the decision to switch from writing in Spanish to English.

“I like the voice I developed (in English),” he says. “Language is a way to see the world, and I found myself liking the kind of perspective I had about my own world in English.”

Ruiz-Camacho’s exploration of his English-language world, along with stints studying at Stanford and the University of Texas at Austin, has given him a more nuanced and complex view of the relationship between the U.S. and Mexico. Echoing the theme of loss and reinvented identity, he published a published a piece in 2014 in the New York Times examining his worry that his children would regard Mexico with disdain.

“When you grow up in Mexico, the U.S. is like the older brother. Everything that the older brother does is better, stronger, etc.,” he says. “When I was seven, I literally believed that cars glided (above ground) in the U.S.”

As for the ongoing violence in Mexico, Ruiz-Camacho remains ambivalent at best about whether life is improving in his home country. “It depends on who you ask,” he says.

“I would like to be more hopeful about the future,” he explains, “but I’m not in that position.”