The Appalachian Trail to Everywhere 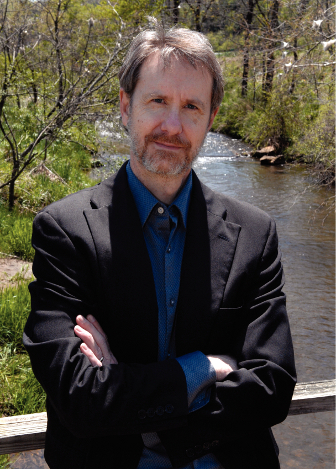 Over the years, Ron Rash’s instincts for obliquely artful storytelling stationed in his native Appalachia have made him one of today’s most celebrated writers–both of his own region and in the nation at large. If Rash hasn’t wholly become a household name after writing the New York Times bestselling novels Serena and The Cove and winning a Frank O’Connor International Short Story Award, then his readership will be sure to expand far beyond the Carolina mountains after Serena is adapted into a film starring Jennifer Lawrence and Bradley Cooper. But before Hollywood greenlights the way, Nothing Gold Can Stay confirms Rash’s stronghold in the canon of American fiction, where he masterfully translates the concerns of a particular place into universal constants: poverty, racism, crime, and heartbreak.

Early on, Rash consciously made the decision to follow in the tradition of Joyce, Faulkner, and Welty, who exhausted the depths of a single place to see what could be ascertained about all places. His roots belong in the southern Appalachian Mountains, where his family has lived since the 1700s, and yet he brings to light a new version of this fable-ridden place with each work. “It’s a region that’s very often misunderstood,” he explains. “I don’t want to sentimentalize or demonize it. My goal is to depict the region’s people as truly as I can by showing that beneath the seeming cultural differences is a shared humanity with all other people in all other places.” The world of his latest collection ranges from a Union soldier wooing a Confederate’s daughter eight months post Civil War, to a hippie smoke-out in the 60s, to a modern-day casino at a Cherokee Indian Reservation.

But it has never been the rich history of his home that has directly inspired Rash’s stories. He usually begins with an image, which he compares to a hunk of clay that he sculpts into shape. He also describes how his feel for language functions on the level of poetry rather than fiction—meticulously finessing each word choice through multiple drafts. Reading the stories in Nothing Gold Can Stay (also the title of a Robert Frost poem) one is struck by the poetry—by the imagery and the cadence of how the words gleam across the page. There are sentences where the beauty of a moment overshadows the fact that a serious action has taken place—you might have to read a passage twice to comprehend that someone has died, but you are left stunned even before the action clicks.

Take the eerie climax of the first story, “The Trusty,” about Sinkler, a plucky prisoner on a chain gang, who has been rewarded with the daily task of fetching water from a nearby farm. Sinkler ingratiates himself to the farmer’s unhappy wife, and convinces her to escape with him through a secret mountain pass. When the two have embarked on their journey, it is clear that Sinkler’s intentions are not fully trustworthy, but just how much so is unknown: “As he pressed his palm into the sand, he saw that a handprint was already there beside it, his handprint. Sinkler studied it awhile, then slowly rocked back until his buttocks touched his shoe heels. He stared at the two star-shaped indentations, water slowly filling the new one. No one would hear the shot, he knew.”

In many of these stories, it is often the characters’ own revelations that ignite the plot instead of the author’s premeditation. Rash loves the mystery of the short story form—the disregard for broad context and the leap into the already drifting fog of events. “That’s what is great about literary fiction,” he says. “It comes down to having respect for my reader, an intelligent audience whom I don’t have to over-write for.” As Rash speaks about the mystery of each story, he demystifies his own role in the process. Like any good-mannered Southerner who never boasts about his children or reveals how much he paid for his truck, he keeps a respectful distance from the magic of what happens on the page. “I trust the story to find its way.”

In the opening of “The Woman at the Pond,” the speaker reflects on the substance of truth before he begins to recall fragmented associations of a childhood pond that is soon to be drained, “Water has its own archaeology, not a layering but a leveling, and thus is truer to our sense of the past, because what is memory but near and far events spread and smoothed beneath the present’s surface.” These unknowable layers accumulate through the slippage of images that construct the weight of the past. As the speaker flashes back to memories from the pond, every detail from a surreptitious exchange with a battered woman painfully emerges. The “fact” that she wore a “man’s leather jacket” and a “mud grimed” yellow blouse is what haunts the speaker as he mourns her uncertain fate.

Although great pleasure is found basking in such imagery, that is not to detract from the high stakes the characters of this collection confront. From the black comedy of a researcher of ancient folk ballads who loses his tongue, to the historical fiction of runaway slaves searching for freedom, to a character study of a meth addict and her non-addict boyfriend, these stories are saturated with shocking turns that perhaps only Flannery O’Connor could have also imagined. “In moments of drama, when the veneer of the masks we wear is stripped away, the character is revealed at his or her core,” says Rash, who in his search for universal human truths, cannot deny there is a phenomenal gothic Southern storyteller at his core.

Bridgette Bates is a writer and editor who lives in Los Angeles. Her work has appeared in the Boston Review, Fence, American Letters & Commentary, and elsewhere.