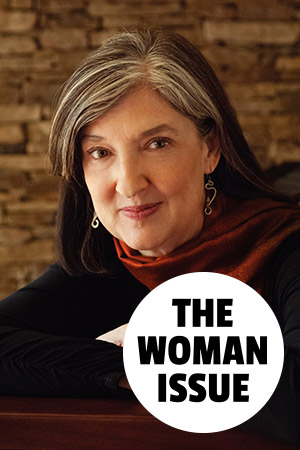 The sun-blasted desert city in which I live has always been a harbor for writers. Erskine Caldwell hung out here, enjoying the proceeds of Tobacco Road. Ed Abbey lamented its urbanization from his suburban home in the foothills. Jack Kerouac blasted into town in On the Road. Joy Harjo and Joy Williams, Leslie Silko and Charles Bowden, Luis Alberto Urrea and Jim Harrison, all have logged time here, deriving inspiration from a place in which, not coincidentally, it’s easier to live on a writer’s dollar than in other, more civilized, more expensive places.

Among the writers in whom Tucsonans take most pride is Barbara Kingsolver, though she has long since moved to the green woods of another southwest, the corner where Virginia, Kentucky, and Tennessee come together. We went to school together, and everyone in our circle who was aspiring to write all those years ago learned a lesson from her: Where the rest of us hung out by the pool drinking beer, there was always, day and night, the sound of a typewriter clacking away behind her door, evidence from the very beginning of how hard she worked at her craft and her art.

Thirty years on, readers everywhere are looking forward with pleasure to her next novel, Unsheltered, which will appear this October. That makes a neat chronological bracket, for 30 years and a publishing season have gone by since the publication of her first novel, The Bean Trees. Apart from the arrival of a promising young writer, that book announced several themes that Barbara would elaborate in later books, turning on questions of cultures in collision, social justice, and inequality.

The Bean Trees centers on a young woman, Taylor Greer, who leaves rural Kentucky and goes west in a battered 1955 Volkswagen, all very much in keeping with the author’s own experiences. Taylor doesn’t have two nickels to rub together. On the Kerouac-ian road west, she asks at a diner what there is to eat for less than a dollar, and when a customer roughly guffaws that the answer is ketchup, she lays into him: “Do you think being busted is a joke?” The stop is fateful, for there Taylor falls into the custody of an infant American Indian girl named Turtle, who has been traumatized into silence but whom Taylor draws out through persistent goodwill.

The two eventually arrive in Tucson, “resting in its cradle of mountains,” where they find a home among Central American refugees, surrounded by bean trees, and become involved in the sanctuary movement, another quest for justice. As Turtle learns to speak and to name the things in her world, so Taylor learns to see the desert for what it is: “Hillbilly that I was, I had come to Arizona expecting an endless sea of sand dunes. I’d learned of deserts from old Westerns and Quickdraw McGraw cartoons. But…there were bushes and trees and weeds here, exactly the same as anywhere else, except that the colors were different, and everything alive had thorns.”

So it does, and Barbara Kingsolver has been its champion, and the thorny world’s, ever since.