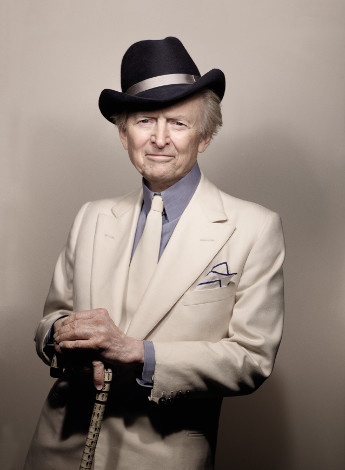 On a summer evening in 1999, waiting for a storm-delayed flight out of Chicago, I wandered into a bookstore tucked away in a corner of the concourse. There was plenty to choose from, but I selected a new edition of a book I’d read many times since it first appeared: Tom Wolfe’s The Electric Kool-Aid Acid Test. The clerk smiled mysteriously when I presented the book at the cash register, so mysteriously that I asked her what was up. She said, “My boss didn’t really want me to stock this book, but I told him someone would buy it.”

The boss had reason to doubt. The Summer of Love had taken place three decades and more earlier, LSD was impossible to come by, Wolfe was on the outs with critics, and in the dawning Dubya era, hippie wisdom was definitely a thing for the walking wounded. Still, the book had power—and who could resist Ken Kesey’s conjurings and Neal Cassady’s conniptions? “They’ve opened up doors in their minds they never knew existed, and a very beautiful thing,” quoth Ken Babbs, the helicopter pilot who returned from Vietnam to fill a school bus with weirdo longhairs and send it sailing off to places like Phoenix, Beatles blasting on a massively overpowered stereo system, to freak out the natives. And what else could happen save freakout, given a cast of characters that included Jerry Garcia, a Hells Angel named Freewheelin’ Frank, and a bunch of other assorted stoners, some of whom would soon be launching the computer revolution in Silicon Valley, all of them amped up lysergically via that favorite drink of ’60s-era children?

EKAT, as the hiply literate took to calling the book, was what a first reviewer for the New York Times called “a raz-daz.” It introduced the language of comic books, of surfing, of bam and pow and whoosh to the lingo, pushed the Heinleinian term “grok” and the Keseyan notion that all of us earthlings are in charge of making our own movies. If we don’t call the police “the fuzz” anymore and if the Beats are a thing from out of the distant past, the book is still a wonderful memento of a time in so many ways superior to our own. It’s timely, too, for as Michael Pollan has recently chronicled in How to Change Your Mind, LSD is making a comeback, working a world of good in some troubled minds.

Tom Wolfe died in May at the age of 88, having written a few other zeitgeist-surfing books, among them The Right Stuff and Bonfire of the Vanities. By my lights, The Electric Kool-Aid Acid Test is the best thing he wrote, the book that no one else on the planet could have written—just as no one else but the Merry Pranksters, who really and truly were pulling a big prank, could have provided the subject matter. We live in a grim time, but a few such pranks today could go a long way. Revisiting EKAT is a good start.