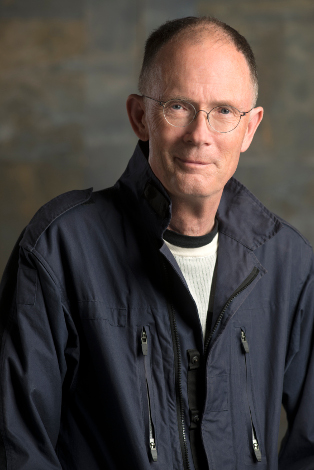 Ghosts, by some reckonings, are the vapor trails of beings that live in dimensions other than ours. We catch glimpses of them from time to time, but they keep their own counsel—unless, of course, they decide that we’re good to torment, in which case all bets are off.

Kumiko Yanaka, the first character we encounter in William Gibson’s 1988 novel Mona Lisa Overdrive, knows otherwise. The ghost that accompanies her on a transcontinental flight from Tokyo to London is the gift of her gangster father, conjured up by “the fifty-first generation of Maas-Neotek biochips.” In the near future in which Gibson’s tale is set, the techno-ghost looks odd, something out of an old English hunting print, but he has a purpose: He’s meant to keep an eye on Kumiko while she hides out in London, even as her father wages a bloody yakuza war back home.

Before Gibson wrote the Sprawl Trilogy, of which Mona Lisa Overdrive is the concluding volume, Japanese culture was something mostly used as seasoning for creature features. Like David Mitchell after him, Gibson knew that Japan was just the sort of place where a mad-scientist laboratory cooking up ghosts might flourish, a place where high technology meets a discerning regard for the sublime and the surreal. London, on the other hand, is an altogether seedier place. As for the Rust Belt, where a strand of Gibson’s winding story takes place, it’s downright scary. Florida, too, where a young streetwalker, Mona, has to sidestep the mutant palmetto beetles that wander the streets with her. “Someone had tried to wipe them out with something that fucked with their DNA,” Gibson writes. We just know that can’t end well.

Some parts of that future world gleam with promise, a shimmering Ginza for the rich. Others are grim, straight out of The Matrix, a film trilogy deeply influenced by Gibson’s work, even as Gibson’s was influenced by the writings of Philip K. Dick. All those parts work to illustrate a principle of Gibson’s, the idea that the future is already here—“it’s just not evenly distributed.” Check the soup kitchen next to the Prius charging station, and you’ll get what he means.

If the philosophical school that holds that reality is just a thinly shared hallucination is correct, then some people have better hallucinations than others. In Gibson’s world of colliding paths, where wealth and power meet grit and violence and there’s plenty of spiky hair and black leather, some of the worst elements of the present endure, not least all the pollution and waste that produce scary insects and induce people to take cheap drugs as a means of escape. Even the gods are escaping, as Mona sees out on the street: “A soapbox evangelist spread his arms high, a pale fuzzy Jesus copying the gesture in the air above him….Jesus strobed, turned green, and vanished.’’

The future of Mona Lisa Overdrive, published 30 years ago, is our own time. It’s worth rereading Gibson’s trilogy to see how much of it has come true. Just keep your eyes peeled for those mutant critters. And ghosts, too.