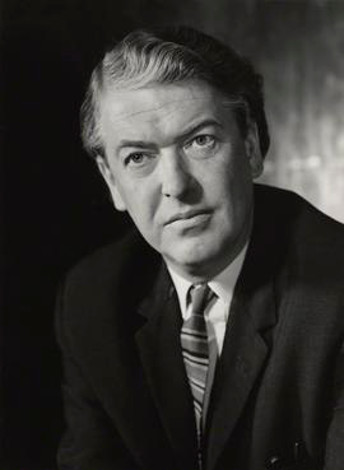 Of bibulous literature there is no end—at least before these abstemiously puritanical times. We have the example of François Rabelais, who wrote, “Most illustrious drinkers…to you and you alone are my writings dedicated.” There is Euripides, whose Bacchae records a drinking party gone very bad, and Petronius, whose drinking parties never ended. Malcolm Lowry’s Under the Volcano warns that if the liver doesn’t get you, the lava will, and then there are Ernest Hemingway and poor F. Scott Fitzgerald, both victims of the bottle. Even James Bond, that most suave of tipplers, must have felt awful on awakening, as did Bertie Wooster, who at least had Jeeves to bring him an antidote and a steaming plate of B&E.

Of bibulous readers, of course, there is also no end, which explains why Mr. Boston Official Bartender’s Guide has sold so steadily for more than 80 years. To those readers we must commend Kingsley Amis’ Everyday Drinking, whose title is more than self-explanatory. Amis (1922-1995) was an English novelist who set an example of manly self-indulgence for the readers who escaped Ian Fleming—Christopher Hitchens, for instance, who learned to drink at Amis’ knee, which may not entirely be a recommendation. Indeed, drinking and gender roles went hand in hand in Amis’ universe: “Most gin in this country is drunk with tonic and ice and lemon. And, if you want to take the trouble, a squeeze of fresh lemon juice. After many years of exposure, I find this a rather unworthy, mawkish drink, best left to women, youngsters and whisky distillers.”

What whisky distillers have to do with gin must remain a mystery, but Amis reveals himself to be a fellow of stern and unshakable opinions. One concerns pairing food with wine. By Amis’ account, there’s a certain “tyranny of wine” at play, and no wine whatever goes with many things that figure on the table, such as eggs, sausages, fish and chips, salads, and “a whole range of staple unsmart British dishes.” And what does? Beer, of course, which is why you’ll find

hobbits and dwarves and suchlike creature sucking down the suds in those veddy British Tolkien novels. A nice roast chicken, on the other hand, can accommodate either red or white wine, so long as there’s no stuffing involved—for there the rules change.

Everyday Drinking is a lot of fun to read with a glass of something in hand, as is Tom Standage’s History of the World in Six Glasses, Christopher Finan’s Drunks, and many another boozy book. The thing is to be careful, for science has yet to produce a cure for the hangover, apart from mounds of anti-inflammatory painkillers and gallons of water and the passage of time. Where science fails, art must enter. Amis would shudder with nationalist horror, I imagine, but a traditional Mexican remedy serves: eat a large, steaming bowl of tripe laced with exquisitely hot chiles. The chiles, known analgesics, will ease the pain, and the tripe will soak up some of the evil afloat in your bloodstream. Now go forth, most illustrious drinkers…. Gregory McNamee is a contributing editor.